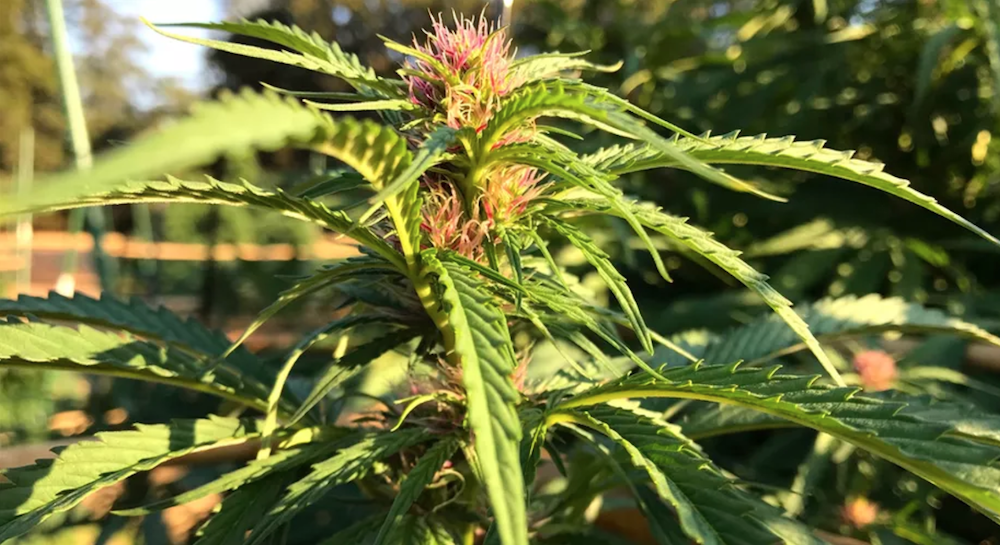 What can our community do to help small craft cannabis farmers survive? Create a rigorous appellation-of-origin program for each traditional cannabis cultivation region.

This piece was originally published on MERRY JANE on April 9, 2019.

The other day, I was talking with a friend about the trials and tribulations, and even persecution, of the heritage farmers of the Emerald Triangle. He was surprised to hear me say that, in spite of the total fiasco that is California’s legalization roll out, I am still seeing the glass half-full.

First off, people are finally able to get the medicinal herb that begets wellness and works to alleviate innumerable medical conditions. Second, fewer people are getting busted for weed, and some are even having their past cannabis convictions expunged. Third, the UN and the World Health Organization, along with numerous countries, are now in the process of reevaluating their stance and laws on cannabis.

But there are still a myriad of problems that the cannabis community is facing. Whether it’s banking issues, retail regulations that, simply put, screw over cultivators and growers, and impending oversupply issues, there’s a lot of turmoil going on that keeps us farmers awake at night.

What can our community do to help small craft cannabis farmers survive? Right now, the best plan of action is to create a rigorous appellation-of-origin program for each traditional cannabis cultivation region — state-wide, nationwide, and worldwide.

Appellations of Origin, a form of intellectual property protection originating in France many years ago, is now being called Protected Designations of Origin (PDO). Whatever the name, the key concept is terroir, a French contribution to understanding how the environment and the earth in which crops are grown impart significant qualitative differences to the end product. In other words, terroir refers to a given plant’s agricultural heritage. France has certified appellations for hundreds of agricultural products, from cheese to honey, to lavender and rosemary, to wine and champagne.

My friend had an array of important questions that fueled our conversation. So I decided to write them down. These are strictly my opinions and do not represent the policies of any group or committee of which I am a member.

How do cannabis buds express terroir?

On a visual level, cannabis buds of the same cultivar often grow into different shapes in different regions, meaning some buds are dense and some are more sparse. A good bit of this is due to elevation, and, in California, distance from the ocean. A cultivator friend in Humboldt said he grew the exact same cultivar with the exact same nutrients near the coast at sea level and at 2000 feet. The resulting flowers were quite different in size, THC potency, and terpenes.

All over the world, most high-quality cannabis is grown at high altitudes. This may have to do with the Tien Shan Mountains in far Western China and/or the Altai Mountains of Kazakhstan, which are both considered to be the original home and ancestors to all cannabis varieties. Both these locations are, of course, at high elevations. It may also have to do with more ultraviolet light reaching the leaves and flowers at higher altitudes. Elevation and topography are elements of terroir. But then again, growing cannabis at high altitudes may also have something to do with the need to hide the plants from the authorities and thieves.

Terroir also represents a farmer’s practices. Farmers in the same area share information and, as a result, often follow the same or similar procedures, as well as grow the same cultivars.

Worth noting: Cannabis is known to pull up anything in the soil by its root system, even pesticides and contaminants. So it stands to reason that the plant will be an expression of the native soil and its inputs or pollutants. Nutrient ingredients and levels and quality of sunshine (hours and lumens) effect terpene profiles. This is demonstrated by the fact that indoor, factory-grown cannabis rarely has the terpene saturation that sungrown flowers have.

How do you think both growers and consumers stand to benefit from cannabis that comes from a recognized terroir and qualifies for Appellations of Origin?

Growers benefit from the fact that a “Protected Designation of Origin,” or Appellation of Origin, is an obvious value-added plus, derived from the special biological, topographical, meteorological, and cultural factors of the local area (terroir). This establishes the source of unique qualities in the local agricultural product. All the appellation-qualified cultivators or breeders in the designated area create the standards, but all the other growers in that area share the reputation, even if they are not yet up to the mark.

In a true Appellation of Origin system, the precise rules are generated by the farmers themselves, then enforced by the state. Yet the appellation or the protected designation of the terroir belongs to the geographic area and to the collectivity of farmers. Appellation products are often small batch and not all cultivators in a region qualify for the designation. This creates a natural shortage which assures higher prices.

The consumer benefits from knowing that whatever it says on the label is actually what is in the bottle, package, or jar. If you buy proper champagne, you know it was created in Champagne, France. The same goes for cannabis appellations. This assures the consumer that the expected experience is the one they will actually enjoy. It is the guarantor of tradition, of quality, and of singularity, so they don’t object to paying more. PDO is a form of branding and branding is all about the consumer’s experience of the product.

Appellation of Origin is most important for the small, craft, heritage, artisanal, heirloom, pioneer cultivator — who is currently threatened with extinction by excessive taxes and regulation, as well as by the invasion of big business. Appellation is proactive, coming from the farmers themselves. It is the most positive thing we can do to protect the original growers of the Emerald Triangle and the other traditional growing regions of the state, as every traditional cannabis producing region will be incentivized to create their own AO/PDO.

Which additional standards (in addition to outdoor cultivation, in full sun and in the ground) do you think may be included for California cannabis growers seeking an Appellation of Origin designation?

Each area requesting Protected Designation of Origin (PDO/AO) status would ideally create its own standards through community-driven research and stakeholder input.

I personally would like to see organic or biological standards, as well as the long season grow cycle, be required, omitting light deprivation growing techniques. Further, California has strict pathogen and pesticide regulations. But in states without these testing requirements, an appellation protocol should be implemented to demonstrate PDO’s commitment to the environment. To this end, there should be criteria for a permissible water source and discharge water quality control. Again, California is strictly monitoring water-use and wastewater quality by cannabis cultivators and manufacturers. All these restrictions create the highest bar to qualify, knowing full well that each higher standard eliminates a percentage of growers. As a result, the PDO/AO system becomes aspirational.

How does terroir make a strain of cannabis unique to an area?

Related questions: How does one define or determine “terroir”? Does it require 100% native soil? If the farmer brings in soil, in bags or by truck, over time will it come to express the unique qualities of the area?

In the US, if a farmer was previously using non-organic methods for cultivation, it takes three to five years to achieve organic — or “clean green” — certification. In other words, it takes that long for the soil to transition into organic soil. Vineyards in AO regions add nutrients and amendments seasonally to maintain fertility, yet they keep their terroir status.

To the extent that a cannabis cultivator sources their biologic and mineral amendments locally will influence how much and how quickly the soil develops to become an expression of the area. Having a compost pile and worm bin, using compost teas, cover crops, green manure and local animal manure, culturing indigenous microorganisms under trees on the farm, using local leaves and grasses for mulch — all these combine to make living, regenerated soil. This is how terroir becomes an expression of the local environment.

Terroir is not only soil. It is the climate, the water, the surrounding trees and vegetation, even the weeds and the insects. It is the topography, the minerals, the biome and the microbiome that lives in the soil.

But beyond all that, terroir symbolizes the culture and community of dedicated cultivators and represents what growers value most. It is as much about how the crop is grown, as it is about the soil or the cultivars or varieties that flourish in that AO/PDO. Terroir refers to the shared knowledge of the growers in a particular locality.

Cannabis cultivars have been adapted to grow outside in the sun in virtually all climates except the most extreme polar, desert, or jungle regions. So the plant is naturally inclined to respond to human action. Ethnobotany has created the very potent cannabis we know today, with varieties testing at 28 percent-plus THC or 21 percent-plus CBD, as well as expressing numerous exotic terpenes.

At first, without knowing really what they were doing, cultivators in the Emerald Triangle originally bred for high THC levels. They also bred for early maturation to avoid the cops and to harvest before the late fall rains and fog set in. Now some breeders are working to create unique terpene profiles to serve an increasingly sophisticated connoisseur consumer, while others are creating high CBD varieties for medicinal use.

Do you see Mendocino County spearheading the movement, then other parts of the US following suit and adopting AO?

The Mendocino Appellations Project was founded in 2015 and has now morphed into a statewide coalition of many local organizations promoting appellations for their local area, under the name Origins Council. Origins Council is currently working with the Appellations Working Group created by the California Department of Food and Agriculture to create guidelines for determining Appellation of Origin qualifications.

I’m an original member of MAP, and I’m now on the Board of Directors of Origins Council. We are working closely with Humboldt County on their own appellations proposal, and we’re connecting up with groups from the other traditional growing areas of the state, such as Nevada County, Grass Valley, Santa Cruz County, and others. I expect Southern Oregon and Washington to move in this direction soon, and eventually I foresee that every important growing region in the USA will want the same.

Further, this movement will spread to protect the growers from the world’s traditional cannabis growing regions: Nepal, Afghanistan, Morocco, Lebanon, India, Jamaica, Mexico, Colombia, Thailand, et al. Origins Council recently submitted a paper to the World Health Organization (which, again, is in the process of changing the designation of cannabis) on the uses of cannabis in traditional and ethnic medical practices. This would help justify worldwide recognition and protection of this ancient knowledge and practice through a “traditional medicine” certification and a “protected designation of origin” program. This effort is being carried to the UN, as well.

50 years ago, many of us in the hippie subculture dreamed that one day marijuana would be legal, that you could buy it in packs at the local store just like cigarettes, and that people would not get thrown in jail just for a joint. Now, astoundingly, we are not far from the day when cannabis will be legally available anywhere in the world, that its medicinal magic will be accessible to all who need it, and that the finest cannabis flowers from the Emerald Triangle will be enjoyed by those who most appreciate the finer things in life.