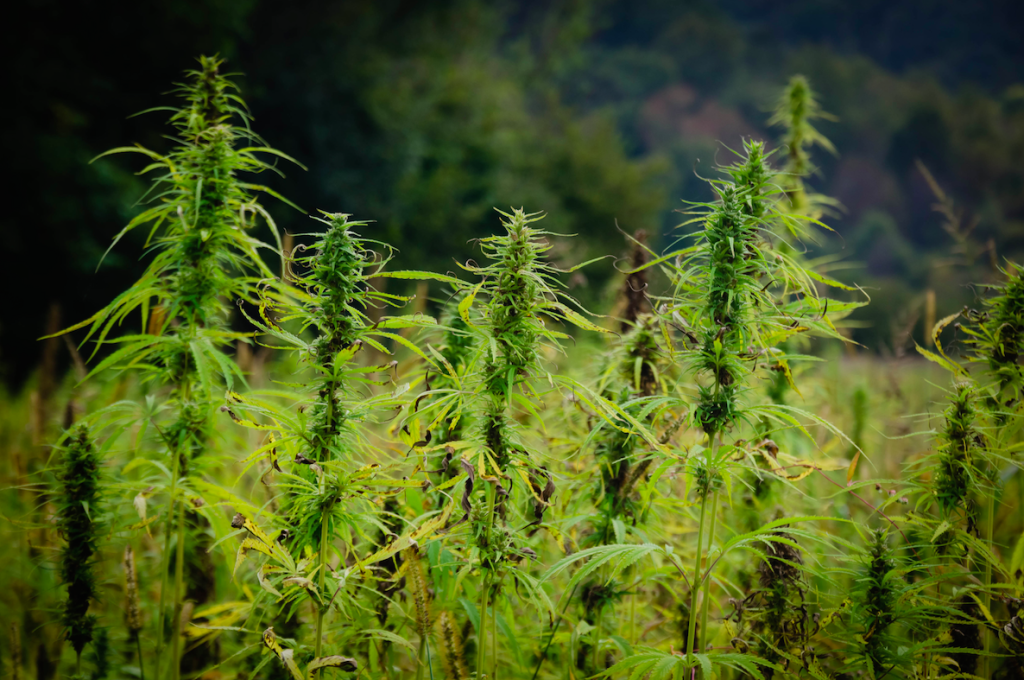 Nikki Lastreto and Swami Chaitanya, longtime residents of the country’s marijuana harvesting mecca, continue their historical breakdown of how the area evolved from an underground hippie haven to cannabis cash cow. You can find the previous two installments here and here.

This piece was originally published on MERRY JANE on September 11, 2017.

As we head into the uncharted future of regulated cannabis, the greatest concern for cannabis farmers in the Emerald Triangle is really survival. Not just the survival of one’s own farm or business, but also the very survival of a whole way of life. It took decades to create the clandestine communities of cannabis growers who live amidst the Douglas firs, Redwood-clad mountains, and oak-dotted golden meadows of NorCal. We’d hate to lose it all now that we have almost “won the war.”

For years, this culture was a secret society, where the first rule was to never mention anything about pot to anyone in public, not even your best friend. Most people didn’t visit anyone else’s farm. Privacy was imperative. Security was by choice: some growers had guns and big dogs and cameras, while others had only prayer flags and locked gates. Hiking through the woods was also “not done,” especially at harvest time. One didn’t ask questions. But somehow you just knew who was a grower and who wasn’t. It was like there was telepathic understanding, sort of an outlaw hipness, and the sense that one was part of an underground conspiracy to elude and outsmart the cops.

At the outset of the area’s history as a weed-growing haven, few people had drivers’ licenses or bank accounts, and nobody wrote anything down. The biggest secret was the identity of the grower and the location of the grow, which might even be on the neighbor’s property, or better yet for some, a renegade grow on Bureau of Land Management or National Forest Land. Everyone also kept their buyers’ identities top secret. The mysterious middlemen came and went in plain cars, hopefully slipping past the California Highway Patrol.

What was so great about all this, you might ask? Who would want to live under such constant fear and scrutiny? Well, first of all, even though it is hard work, the dedicated farmer could make a decent living and was his own boss. It feels mighty good on a Tuesday afternoon to be working under brilliant sunshine and the wonders of nature instead of being stuck in a cubicle on the eighth floor of a skyscraper in the city. A farmer could be Lord of his Land and watch his garden grow.

Secondly, many people were “back to the landers” so they just wanted to live in nature, out of the city, away from the crowds. As with any tribal area, gatherings were born to bring together members from distant parts of the region, and hence festivals such as Reggae on the River and Earthdance were born. These became the primary occasions and venues for socializing in the mountains where people could meet, trade goods, and share smoke. Of course, deals were done and most likely much of the festival budget was paid for with weed money put up by the biggest growers and dealers. It was their way to give back to the community.

It was in 2003 that The Emerald Cup was conceived. Under the watchful eye of the powers that be, Mendocino grower Tim Blake and crew went ahead and presented the first Organic Outdoor Cannabis competition in the world. Thanks to a committed community, what started as an intimate gathering with 23 entries and about 300 guests at the first awards ceremony has grown into an annual event with 30,000 plus people over two days. But in the early days, it took real guts to show your face at The Cup, let alone enter it and actually accept your award on stage if you won. Yet it was our way of saying to The Law, “We aren’t going away, and we’re just getting better all the time.” The determination to survive is strong in the Triangle.

Meanwhile, The Law itself was evolving. In November 2000, the Mendocino County voters passed a referendum which was the first law in the United States to allow the cultivation of 25 marijuana plants. Eight years later, a new initiative passed reducing the allowed number to six plants, the same as the California State limit. In 2009, Mendocino introduced the Zip Tie program for either 25 plants or 99 plants. The Feds stopped this program in 2011, saying they would arrest the sheriff if the program continued.

The time had come for Emerald Triangle growers to coalesce and help guide the impending legalization in the right direction. The Emerald Growers Association (now known as the California Growers Association) had begun to gather some activist folks from Humboldt and Mendocino Counties. Lawyers from the city began to appear, eager to make a case for the farmers and a name for themselves. Local leaders began to emerge and take a stand.

All the while the sheriffs watched closely.

Humboldt was the first to get organized, with spirited meetings dominated by upstart growers who liked to talk big. They did elevate the excitement level and increased the awareness of the issues. Before long, they had raised hundreds of thousands of dollars, which I have a feeling mostly went to the lawyers in the long run. Cultivators fought for their right to grow larger quantities of cannabis, and to this day Humboldt farmers are able to legally grow up to 1000 plants, the most of any of the Emerald Triangle counties.

In the spring of 2014, a new marijuana law that was mainly written by state law enforcement and city government organizations was presented in the California State Legislature. At this point, it was finally clear that it was time to organize and take action in Mendocino County, too, otherwise cannabis growers and manufacturers would be subject to even more oppression than what already existed. Inspired by Humboldt, a grassroots meeting was organized at the Laytonville Grange and at that meeting the leaders were recognized.

The past few years have been a series of meetings and committees and initiatives and ordinances. The simple farmers of past have either developed into political activists fighting for their survival, or else they are retreating back deeply into the woods. But one thing is certain: all of this has brought us together in ways that were never possible before. The spirit of the Emerald Triangle does indeed survive, in its cannabis and its people.

Check out MERRY JANE, and get to know the cannabis movement through their informative, engaging content.