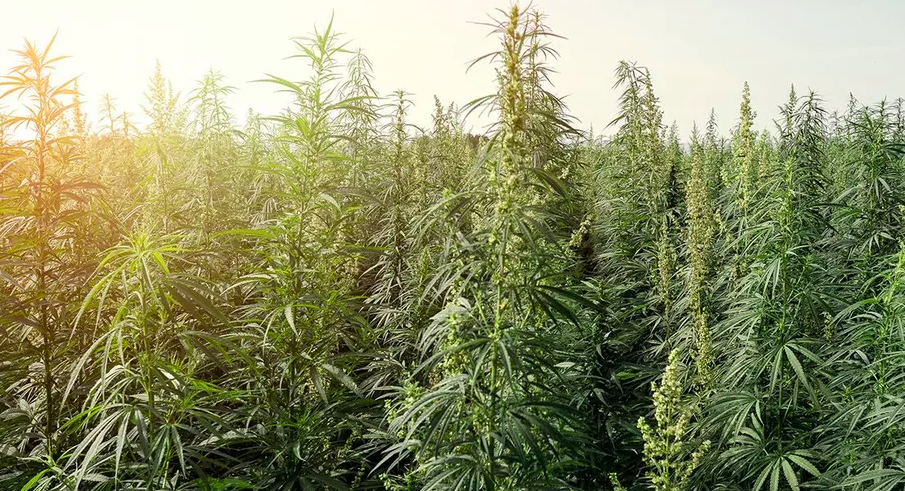 At the first grassroots meet-up among NorCal growers since adult-use marijuana sales began, everyone was talking about two things: canna-tourism and appellations.

This piece was originally published on MERRY JANE on March 1, 2018. All photos courtesy of Swami Select.

It was one of those perfect February drought days in Northern California — puffy white clouds, brilliant blue skies, and golden sunshine — with temperatures in the mid-70s. The daffodils lining locals’ driveways were just starting to give a hint of yellow. We stood facing southwest towards a vast forest of pristine Redwood trees growing in a family preserve, safe from the lumberjack’s saw. A lone hawk circled above while we refreshed ourselves with crisp spring water. The distinct odor of a freshly lit joint wafted by.

There were more than 30 of us assembled at a lovely hilltop home in Mendocino County, both familiar and fresh faces, all ready to dive into the next chapter of the new era of cannabis in California. As meeting co-chair Jude Thilman, founder of Bhutan Medicinals and Dragonfly Dispensary in Fort Bragg, said, “We are progressing from advocacy to promoting the county.”

Over the past four years, local meetings have become a way of life for many of us living in The Emerald Triangle — a protocol as common as applying for permits, doing expenses, and even cannabis farming itself. To a handful of growers, it feels imperative that we have a seat at the table as the new ordinances are being made by the local government. We are fighting for our livelihood, our way of life, and are trying to save our community from economic collapse. One benefit of being proactive in the cannabis movement is that farmers have been learning the laws and regulations as they are being written in real-time. As a result, the legalese and paperwork is infinitely less daunting.

At the Board of Supervisors meetings, which happen every Tuesday in the county’s main administration building, it has been incredible to observe people who have never spoken in public before become eloquent orators in front of their peers. Yet recently, even those who are most devoted to participating in grassroots politics have been taking a time-out from the meet-ups to take care of personal business. Folks have been too busy harvesting their crops and coming into compliance with the newly-legal adult-use market by pursuing the necessary permits.

Over the last several years in our county alone, it seems as if there has been an organization formed for just about every conceivable angle of the cannabis industry: Committees, Councils, Co-ops, Associations, Alliances, Advisory Boards, and more. Just over a half-decade ago, none of these organizations existed; now they are everywhere. That is a good thing because they have brought us together as a community, where previously we were isolated farmers on back roads sprinkled across a county almost the size of Connecticut. Our shared passion for cannabis, as well as having a say in how the state handles legalization, is what brings us all together.

One of the more recently-formed organizations is the Mendocino Cannabis Industry Association (MCIA), which formed two years ago with Swami as President and myself as Secretary. The goal is to promote the county as a premiere destination for cannabis products and canna-tourism. Our mission statement stresses the importance of creating cannabis appellations in the county and, by highlighting the legacy of the pioneer craft farmers, affirms Mendocino’s place as the world’s premier cannabis cultivation region.

Recently, as people began to emerge from behind their paperwork and see the possible bright future ahead, they reached out to resume the conversation. Responding to this renewed energy, MCIA hosted a meeting in Anderson Valley in early February, which attracted people from all spheres of the cannabis community.

As guests arrived, people were handed a survey questionnaire to determine the priority of topics to be discussed. The absolute first choice was Branding and Marketing Mendocino County. The conversation was sparked by a rumor that there was certain organization in the county whose board might entertain a proposal to promote our cannabis heritage. The impression we got was that even though this group may not be able to legally promote cannabis culture due to federal connections, it is ready to accept cannabis tourism in our county. At last! For years now, we have been waiting for the local powers-that-be to realize the value of canna-tourism, so this was fantastic news.

We used to always daydream about the day we’d see pilgrims flocking to The Emerald Triangle without being under-the-radar about it. Now it’s becoming a reality — after all, what dedicated cannabis connoisseur wouldn’t want to visit these beautiful mountains, meet the actual pot farmers, and enjoy their premium, inimitable cannabis products? Imagine relaxing at a canna-spa under towering Redwood trees alongside the green-thumbs who actually harvested the flower you’re puffing on — now that’s canna-cool.

The possibility of some form of official tourism support brought us to the next most requested topic at the local meet-up: spreading the word about the benefits of organic, sun-grown cannabis from the heartland. While we take it for granted, most people don’t even know sun-grown cannabis is out there. As Russell Quinan, Chief Strategy Officer at Theory Marketing in San Francisco, pointed out, “I never hear people in the city talking about sun-grown [cannabis], but they should know it is available. Don’t be shy, just put it out there that Mendo is home to the best.”

This is also where creating appellations is a key tactic in promoting the county. The Mendocino Appellations Project (MAP) was formed by Justin Calvino and Genine Coleman to accomplish just this. They explain that this involves figuring out and documenting what makes each cultivation region unique. To accomplish this, it is necessary to gather data on climate, weather, geology, soil, flora and fauna, as well as cannabis strains specific to the area, in order to determine agricultural heritage and cultivation requirements.

Developing an official appellations system could become a key ingredient when it comes to marketing the individual farmer, his or her products, and the area they grow in as something distinguished within the cannabis space. MAP is in the process of legitimizing these laurels in eleven pre-selected areas throughout Mendocino County.

For this to happen, however, there is the inevitable political factor, which in this case involves working with the California Department of Food and Agriculture (CDFA) and other stakeholder organizations to determine the exact requirements to be considered for a cannabis appellation. To address this issue, Casey O’Neill, chairman of MCGA (Mendocino Cannabis Growers Alliance), spoke at the recent Mendocino meet-up about the issues surrounding the transition into adult-use legalization in Sacramento, as well as the work that the California Growers Association (CGA) is doing at the state level, such as meeting with the CDFA about establishing standards for appellations and terroirs. Casey is one of the founders of CGA, and he’s one of our most active advocates both in the county and in Sacramento — on top of being an exemplary cannabis farmer in his own right.

Amanda Reiman, VP of Community Relations for Flow Kana Distributors and a board member of the International Cannabis Farmers Association (ICFA), was also at the February meeting. She spoke about creating a Sungrown Organic Cannabis Commission in California, and discussed developing an international agenda to preserve and promote sun-grown cannabis at large.

Tim Blake, founder of The Emerald Cup (often called the “Oscars of the cannabis world”) shared some of his event ideas planned for the upcoming year, including how he aims to maintain the Cup’s dedication to publicizing the area’s best growers and products. Everyone at the meeting agreed that the 2017 Emerald Cup was the best one yet, which reflects the quality of cannabis culture coming out of Mendocino in every way, as well as the event’s potential to draw more out-of-town visitors.

All this political talk led to a discussion of the importance of the upcoming elections for the Board of Supervisors, where seats from two districts in Mendocino are up for grabs. As a result, numerous candidates are collecting signatures to be in the primary elections. District Three, where we live, is mostly range land — a mix of grazing land meadows and forests full of oak and Douglas Fir trees. A high percentage of growers live in this northeast corner of the county. The other one open seat, District Five in southern Mendocino, is heavily forested with Redwoods, and also includes the Anderson Valley wine appellation. Here, too, there are a great number of cannabis cultivators.

Through a curious concatenation of events, both of these districts, where most of the growers live, did not have any representation on the Mendocino Board of Supervisors from mid-2016 through June 2017, exactly the time frame when the county was writing its cannabis cultivation ordinances. Now it’s clear to all of us how crucial it is to get fair representation of the cannabis community within the Board of Supervisors.

As a lavender darkness began to creep across the Valley, there was an undeniably optimistic feeling in the room. It was actually palpable — people were ready to get mobilized and bring these dreams into reality. We decided to organize debate forums for the candidates seeking the open district seats, and we all plan to meet next month to move forward.

It’s been a rough period for the folks up in these hills, so even a small glimpse of a better future was encouraging. Just as a garden sprout grows and buds into something beautiful and bountiful, so too will the new era of cannabis up in The Emerald Triangle.