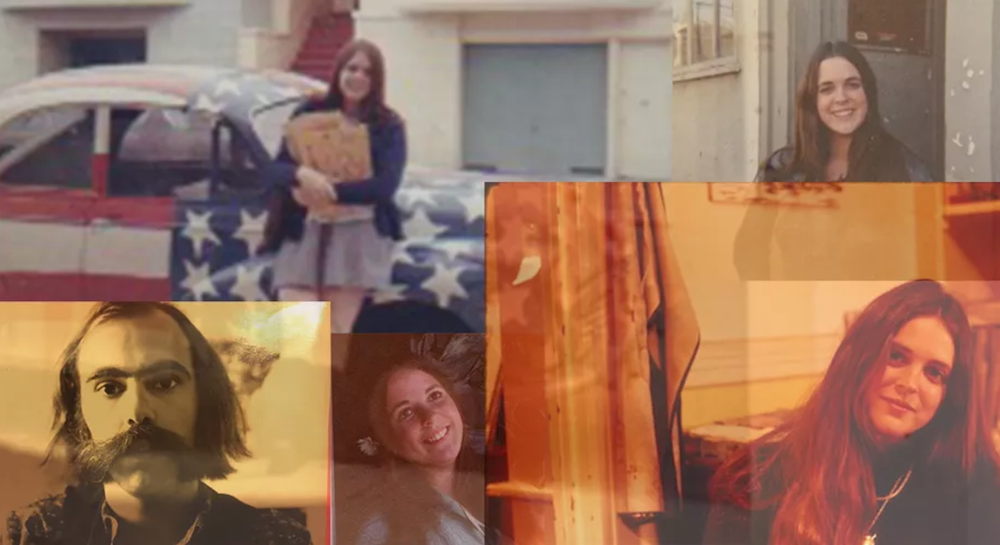 Veteran cultivators, Nikki and Swami, bring us on a trip down marijuana memory lane, where they recount their introduction to the plant that changed their lives forever.

This piece was originally published on MERRY JANE on March 15, 2019.

The one question we always ask our guests at Turtle Creek Ranch is simply: “When did you first get high and who turned you on?” The answers tend to vary — with most telling us they were between ages 13-23 — and usually it’s a sibling or cousin or school chum who had the weed.

These days, however, it’s not uncommon to hear about someone’s mother or father getting them into cannabis, which is such a change from our generation — when the worst thing, other than getting busted, would have been for your parents to find out you smoked.

Now let’s pretend the tables are turned and you, the reader, have asked Swami and Nikki about the first time we got high, and with whom. Well, we’ll tell you about the spark of our long, strange, and sublime trip with the magical plant — one that’s now a half-century in the making. Join us on a stroll down memory lane…

It was January 8, 1969 — over 50 years ago now. I was all of 13-years-old, but considering I grew up in San Francisco during the heart of the hippie movement, I was destined to be a flower child.

You’re probably wondering how I know the exact date. Well, at school we were assigned to write in a journal starting in 8th grade, and I continued through sophomore year — a time of intense transformation for me. The journals begin with stories of cute boys in the neighborhood, or wicked teachers at school, or becoming Class President, and going to mass as often as possible; I was a very Catholic little girl and wanted to be a nun. Yes, it’s true. But then things started changing around me.

I began to write about the “long hairs” I’d see on city streets, seemingly so free and open. I’d hear the music drifting to my house from Golden Gate Park on weekends when free concerts happened. The newspaper was full of stories about crazy runaway kids living in communes and taking all kinds of drugs. Oddly, instead of turning me away, these stories sparked my curiosity. I wanted to be free and independent, too. I wanted to be a hippie!

My foundations continued to shift as I found more truth and solace in worshipping The Sun than going to church. Anti-war demonstrations added to the general youth zeitgeist that was dedicated to Peace and Love, and I could feel myself getting swept up in the euphoria. I literally wrote in my journal at one point, “I feel like I need to decide which path to take — will I be a freak or be straight?”

Destiny stepped in as She will do on 1/8/69. It was a school day like any other. In my journal, I commented on how much I hated math class, and that’s about it. After school, though, a girlfriend and I took a walk around the neighborhood, looking for other pals to hang with, when she ran into a guy she knew named Jim Harris. He was groovy, a couple of years older than us, hair curled at the collar as he began to grow it out, and he was part of a “garage band.” Very cool.

He invited us into his garage, past the drum set and instruments the band played, and into the cozy back room. It was lit with red lights, had Indian bedspreads on some mattresses on the floor, and rock posters on the walls. As I noted in my journal: “We talked a bit more and then they started blowing.” (In the old days, we’d say “blow a joint” instead of “smoke a joint.”)

And then I simply wrote, in French — as if anyone who came across the entry wouldn’t know what I meant — “Je fait aussi” or “I did also.” I was so innocent, and clearly had no idea that I had just changed my life forever. After smoking, I remember feeling a light-headed buzz — this was cheap weed from Mexico, full of stems and seeds. But I did write that my friend and I left hurriedly when we realized time had flown and we were late getting home. Still, we made the time to stop at the corner store to buy candy and then “ate about 50 million chocolate chips.” If I remember correctly, those were the best tasting chocolate chips ever!

Two days later, I returned to Jim Harris’ basement after school and hung out some more. The change was happening fast. “I guess I finally proved to myself what kind of girl I am,” I declared that night as I wrote in my journal. If I had only known then how much that first toke of pot (because we didn’t call it cannabis then) would transform my life, I’m sure I would have written more about my introductory experience. Or maybe I instinctually recognized that this plant was already a part of me; trying it for the first time never felt like a big deal. It never felt wrong, just secret. Thanks for helping me realize that, Jim Harris.

I was quite a bit older than today’s teenager when I first got stoned. It was the spring of 1967, in Madison, Wisconsin. I was 23. I remember lying on a mattress on the floor in the upstairs unit of a rental house in the student housing area on Mifflin Street, listening to Mysterious Mountain, a symphony by Alan Hovhaness. I do recall [smoking] as being a whole other way to experience music, where my body felt uplifted in every way. At times, I felt like I was dancing on the ceiling; at other times, I felt wrapped in a spiritual blanket.

My life was in turmoil. I had married my high school sweetheart after college and we moved to Germany, where I studied German Literature and History on a Fulbright Scholarship. After a year, we returned to Madison, Wisconsin for grad school. I switched my studies to Art and Photography and started hanging out with artists, reading Allen Ginsberg, and listening to The Beatles. The revolutionary tide, which swept the globe in the ‘60s, was huge in Madison. Soon, I was caught  in the flow. This lead to re-evaluating my life purpose.

You can probably guess what happened next. I met a shapely blonde in a mini-skirt who was studying Philosophy and already used to getting high. She had a “number” (an old term for joint) and we smoked it and lay back listening to that magical mysterious music. My wife and I were divorced shortly thereafter, and Cannabis became my girl of choice for the next 52 years.