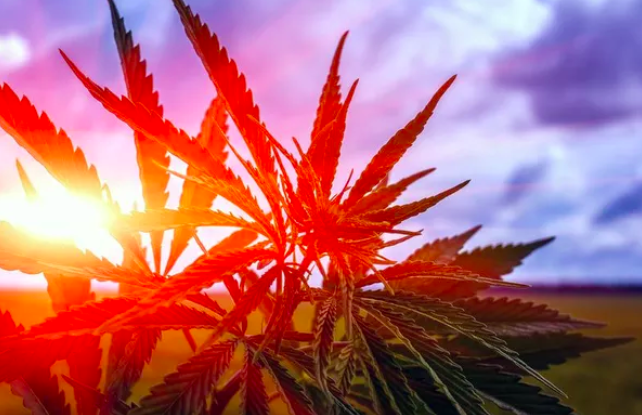 Happy Legalization, California: Two Longtime Growers Reflect on the End of an Era of Prohibition

“Outlaws obeying the law is an oxymoron we never thought we’d see,” write our NorCal columnists in their ode to prohibition. “It truly is the end of an era; our whole way of life is vanishing.” ~Nikki Lastreto & Swami Chaitanya, Swami Select Founders

This piece was originally published on MERRY JANE on January 4, 2018.

“Growing legal pot, where’s the fun in that?” an old-timer from the Emerald Triangle said to me not long ago.There was indeed something very special about being part of a vast secret society that literally had members in every exotic part of the world: Nepal, Afghanistan, Colombia, Thailand, India, Morocco, Jamaica, London, Berlin, Mexico, Goa, Amsterdam, Lebanon. It was cool precisely because it was illegal. 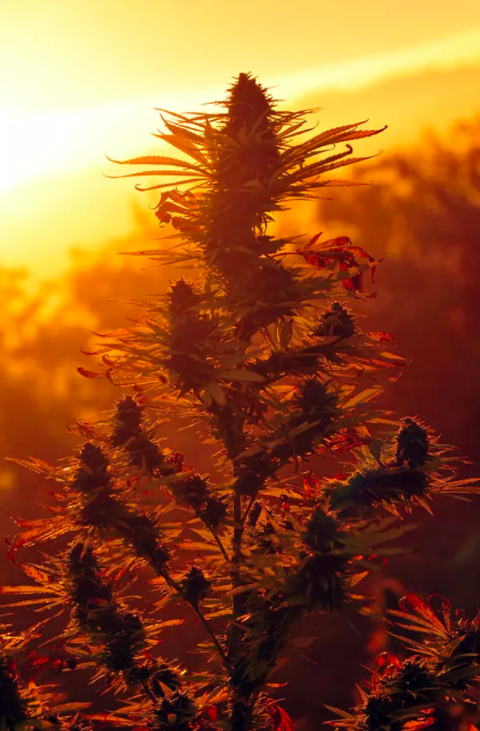 It was risky to smoke, sell or transport, but it was especially risky to grow, since the farmer was tied to his land. The added risk fee sent the price of a pound sky high, as much as $5000 a pound at its peak. In turn, the business relationship, as well as the name and location of the grower, was top secret. He (or sometimes she) needed to only know one or two buyers who came with suitcases full of cash to purchase their entire clandestine crop each harvest. Accounting was kept in your head, according to the current value of a pound and a plant. When your farm’s budget and general living costs came into questions, the logic amongst growers was simply, “The garden will pay for it.”

Here in the NorCal mountains, no one spoke of the magic plant in public. There was a kind of community telepathy because all phones, public and private, were assumed to be tapped. People left messages and even money under a special rock next to a certain tree. It was a closed society that required personal connections and references to be let in. You were in on a secret, and — if you were cool about it — pretty much everyone could, and did, get away with it.

In the early days of the Emerald Triangle, growers used to stretch trip lines made of braided black nylon string (which could hold up to 300 pounds, despite being camouflaged) around the garden to trigger an alarm for “marijuana rustlers,” a nickname for thieves. If it went off, they’d run out and fire a few gunshots in the air, hoping to drive the intruder away. Whenever a helicopter flew over, everyone would run for cover because it could well be the cops. Driving weight to cities like San Francisco was called “running the gauntlet,” due to the real possibility of getting busted with pounds of outdoor-grown marijuana in the back of your truck.

At its peak, arguably the mid-80s through the 1990s, the Emerald Triangle was able to produce enough cannabis to supply at least a joint to virtually every small town in America. Even though cops and sheriffs in every state were on the look-out for “drug dealers,” the proliferation of NorCal weed throughout the country was accomplished without brick and mortar stores, without advertising, without a marketing plan, without banks or credit cards, without cell phones, and no delivery trucks. It was distributed and sold via random decisions by thousands of little growers and mini-dealers. Johnny would send a pound or two to his old buddy Tony from high school back in Indiana. Suzy had a connection in New York City from college. Of course there were the big dealers too, who used RVs and private airplanes for distribution purposes. This was one of the few eras in our country’s history when a totally unregulated, laissez-faire, free enterprise capitalist system actually flourished. 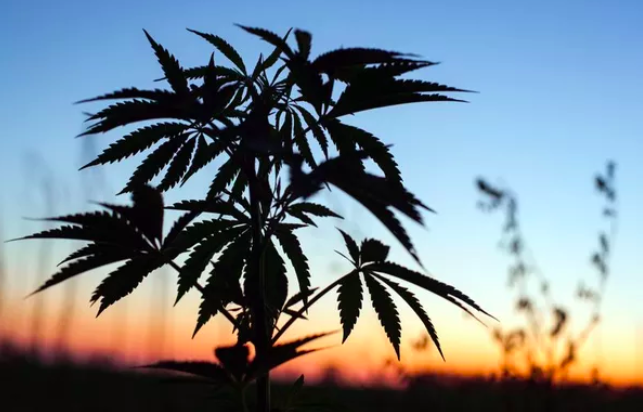 Very few people got rich, but thousands of people made a decent living. Local law enforcement quietly and unofficially realized that most everyone in Northern California ultimately benefited from and interacted with the marijuana trade. So they let a lot of things slide, only going after the most egregious abusers who messed with the environment, grew on public lands or received complaints from neighbors, usually in residential areas. Just last year, one of the Deputy Sheriffs told us, “With legalization, be careful what you wish for!” Cracking a sardonic smile, he predicted that we would miss the sheriffs when they were gone, replaced by the many other state and county agencies who will take over enforcement with a new level of unpredictability, enthusiasm, and strictness.

He hit the nail on the head. When it was only the sheriff and a few deputies — with a limited budget and no Google Earth to spy on every tiny grow site — relatively few local growers actually got busted. Over time, an estimated 30,000 growers became the soul and economic engine of the Emerald Triangle.

For the cannabis farmer now, the legalization process is the total opposite of everything we did and stood for in the past. People moved up here to become invisible, or join the “back to the land” movement to embrace a holistic, environmentally sustainable, and ultimately secluded lifestyle. Outlaws obeying the law is an oxymoron we never thought we’d see. It truly is the end of an era; our whole way of life is vanishing. Rather than being incognito, burning all records, or not writing anything down in the first place — not to mention having to bury harvested pounds and money deep in the forest — the county and state now want to know every detail about the crop and the farm.

To come into compliance, we have submitted aerial photos and topographic maps detailing the location of springs, ponds, water tanks, gardens, buildings, roads, sanitation, power generation, bridges, architectural drawings of all buildings on our farm to numerous State and County agencies. We have been approved by the State Water Resource Control Board, applied to Department of Fish and Wildlife, been inspected by the County Agricultural Commissioner, will be inspected by a Building Inspector, and are in the process of applying for a small-cultivation state permit to grow and sell.

We will soon have to sign onto both the state and county track-and-trace systems, which will report any changes in the status of seeds, starts, females, males, mature plants, attrition rates, harvest, drying, curing, trimming, waste material, processing, packaging, transport, etc., supposedly all the way to final sale. We are still waiting to find out what security lights and cameras will be required.

Now farmers are going to need budgets, potentially investors, board meetings, insurance, CEOs, compliance officers, commercially permitted buildings, chain of custody documents, workmen’s comp, payroll deductions — while still having to deal with the obstacles handed to us by the federal government, which still classifies this wonderful plant as an illegal narcotic.

Obviously all of this is more-or-less standard for any other business in California. For the cannabis community, however — whose very survival once demanded secrecy — this is an abrupt turnaround, and many of the older growers are just not willing to play the game. They have done the math and realize that unless they go legit, scale up, and brand their product, there is no way they can make a profit. On top of the cost of permits, fees, taxes, testing, processing and transportation, you have to add the cost of lawyers, accountants, engineers, architects, foresters, and other professional services required by California’s regulations on the newly legal industry. It is all just part of coming out of the shadows and becoming a legitimate business; it’s time to grow up and play ball. Branding and/or joining a larger co-op of growers seem to be the best options for survival, though even that avenue remains murky as of now.

What we are most fearful of losing is the feeling of community, of family, of helping each other, and of being part of something special. For years, the process was that a farmer would drive their weed to the City, or a friend would come pick it up, and then an eighth or a quarter would end up in the hands and pipes of their their friends in other places. Later, when growers would bring a few pounds to a dispensary at a time, relationships developed between them and the staff. It has been these face-to-face encounters, punctuated with hugs — lots of hugs — that characterize the ethos in the business. Perhaps we will develop that feeling with the distributors who will now carry our crops far and wide — not that I will really miss the four-hour drive each way. But the people we used to do business with will always be close to my heart.

Finally, what we are most concerned about in the future is honoring the sacredness of the Holy Cannabis plant and all its myriad uses. Over the years of living and growing in the pristine mountains of NorCal, many of the growers we know have totally tuned into the spiritual essence of cannabis. We see her as a blessed gift from Mother Nature. For the human species, it is truly the most beneficial and useful plant, with even more possibilities we are yet to discover. Its conscious use, however one ingests it, is both healing and inspiring; it can offer a glimpse of the Divine manifesting in one’s reality. It is this understanding, love, and passion from committed growers that makes the flowers they grow so superior to any other product. Will corporate cannabis honor this awareness?

To know the cannabis movement through Nikki and Swami’s informative, engaging content check out more of their writings on MERRY JANE, like a three-part piece on the history of the Emerald Triangle, found here via Part One, Part Two and Part Three.