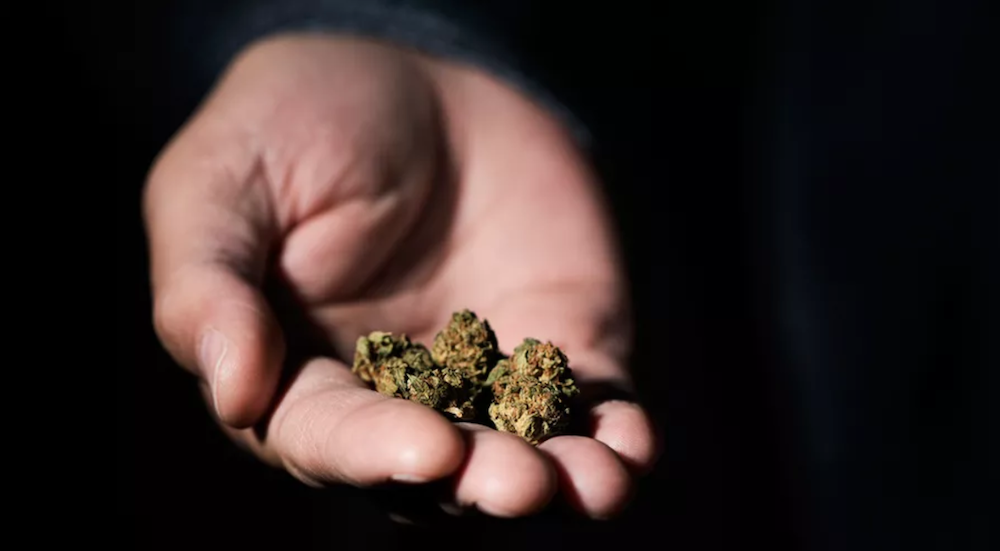 This piece was originally published on MERRY JANE on May 16, 2019.

Once again, the numbers tell the story.

In California, a state with 40 million people, there are about 450 places to obtain cannabis and its healing products — only 450! In contrast, the number of places selling beer, wine and alcohol must be in the tens, if not hundreds, of thousands. That includes gas stations and grocery stores. Similarly, there must be hundreds of thousands of places where one can buy cigarettes. Mind you, alcohol and tobacco use combined are responsible for hundreds of thousands of deaths every year, yet they are nearly universally available. Yet cannabis, a medicinal herb, has never caused an overdose fatality, but it is deemed so dangerous that it must be in childproof packaging, which is not required of alcohol or tobacco, and the store must have video surveillance of every room, plus an armed guard during business hours.

The official data for California’s legal cannabis market demonstrates the dismal failure of the program. There are 58 counties in California, and in most of them, a majority of voters approved Proposition 64, legalizing recreational cannabis use in 2016. Notwithstanding, in 38 of those counties, the Boards of Supervisors (usually comprised of only five members) voted to prohibit all commercial cannabis activity. Similarly, over 150 cities have banned most or all commercial cannabis activity. And approximately 80 percent of all California municipalities chose to “opt out” of legal sales. In consequence, about 40 percent of California’s citizens are denied access to legally tested cannabis. This is not what we voted for.

Before full legalization went into effect on January 1, 2018, how many places sold cannabis? By most guesses, under California’s first medical cannabis bill, Prop. 215, and the Attorney General’s guidelines, there were at least 15,000 dispensaries or clubs, sometimes called collectives or co-ops, in the semi-legal grey market of the time. Los Angeles County alone was estimated to have over 2,000 outlets and delivery services where one could obtain almost legal medical cannabis. The Bay Area probably had nearly as many. Every county and every city had some sort of place to score weed with a doctor’s letter of recommendation. It was a system that worked, supplying hundreds of thousands of patients with fairly-priced cannabis flower, as well as an unbelievable number of manufactured products and an ever-increasing choice of different kinds of concentrates. We now call it the “traditional market” or the “free market.”

Due to the Extinction Events of the last two years, when new regulations pushed even more farmers out of the legal market, the retail cannabis marketplace has now shrunk to a mere 600 stores and delivery companies from the previous 15,000. If there are so few places to buy legal cannabis, it is little wonder that the state is not collecting the tax revenue it expected. Oregon, despite its other problems, has 600 stores to serve only 4 million people, and Colorado also has under 600 recreational stores (1,021 if you’re counting both medical and recreational stores) serving over 7 million people. By those ratios, California should have at least 10 times the current number of retail outlets. We would be happy with just one-tenth of the number of liquor stores.

In the few legal stores that do exist, everything is more expensive, and there are not many brands to choose from. For the retailer seeking to become compliant, there are ever-increasing expenses for building and security upgrades, including armed personnel on site, as well as costs for legal advice, accounting fees, heavy license fees, exorbitant taxes, and regulatory inspections. All this raises the cost for the consumer, reduces customer traffic, and cuts the margins for the retailer. And don’t forget, this also leads to less tax revenue for the state.

To make it worse, there are still any number of traditional market retailers or free market dealers just around the corner from a legal one. Many of the old semi-legal dispensaries are still listed on Weedmaps, where the savvy consumer can purchase their favorite products, just like they did before legalization, and avoid paying the 35% tax. As a result, clever illicit retailers can raise their prices to just below the legal retailer’s tax-burdened price and make a real killing because they don’t need to pay taxes, they don’t pay license fees, and they don’t have to upgrade the security or hire professional counsel. That is, until they get busted. Consequently, the illicit market is flourishing, and the price is back up to $1,200 a wholesale pound from $500 just two years ago.

For the cultivators, the extinction events have been even more dramatic. Prior to 2016, there were an estimated 50,000 to 60,000 cannabis growers in California, ranging from 15-plant mom-and-pop grows in the back yard to thousand-plant-or-more grows in the mountains of the Emerald Triangle, Santa Cruz, and the foothills of the Sierra. And there were thousands of indoor grows in warehouses in all the major metropolitan areas.

Of those 60,000 farmers, approximately 6,000, or 10 percent, were issued temporary state licenses. But due to overly optimistic statutory deadlines — and unless the state can immediately enact an emergency law extending those temporary licenses — by July 2019, over 5,000 temporary licenses will become “inactive,” leading to another extinction event.

The dismal truth is that nearly a year and a half after legalization, fewer than 600 provisional and annual licenses to cultivate cannabis have been issued. By the impending July extinction event, a mere 1 percent of the previous thousands of growers will be legally entitled to grow and sell cannabis. This is a desperate situation for these people with “inactive” licenses, because the growing season has already begun, and they are not legally entitled to grow. And will a retailer that still has their product on the shelf be able to sell it? Or will it have to be destroyed, as happened a year ago on July 1, 2018, when products on the retailer’s shelves with improper labels and without child-proof tops had to be removed and destroyed?

What happened to all the other clandestine cultivators? Some have ceased operations altogether or are only growing the 6 plants permitted by law for personal use. Some have been shut down by the California Department of Fish and Wildlife for environmental violations or have been given cease-and-desist orders and expensive fines for each violation from some other state agency. Those who have not been shut down or who retired are surviving precariously on the traditional (illicit) market, both selling in-state and exporting out-of-state.

The situation is similar with the small-scale manufacturers, the ones who pioneered the creations of the edibles, topicals, tinctures, oils, and new extraction methods. Most of these small-scale operations took place in home kitchens and improvised manufacturing sites. Now they need commercial facilities with security systems, and are restricted to industrial and commercial zoning. This has put many of them out of business or driven them back to the traditional market.

The California State legislators writing the laws and the government regulators and lawyers crafting the rules have tried to construct an airtight system to prevent any diversion to the illicit market from the compliant licensees. However, in their zeal to totally control the legal market, they have totally revitalized the market formally known as the “black market.” The more they try to contain it, the more it slips out between their fingers. For the free marketeer, the increased margin of profit makes the risk acceptable, while everyone on the legal market is struggling to survive.

It makes you wonder if it was the state’s plan all along to wipe out the small farmers and make it so that only a few large corporations will dominate the entire market. With so few players, it is so much easier to control. Yet, for what may be gained in simpler management for the Powers That Be, something will be lost in the quality of product grown by the disappearing craft growers in the Emerald Triangle and beyond. Let this be a warning for other states still to come on board the cannabis bandwagon: Learn from California’s mistakes.