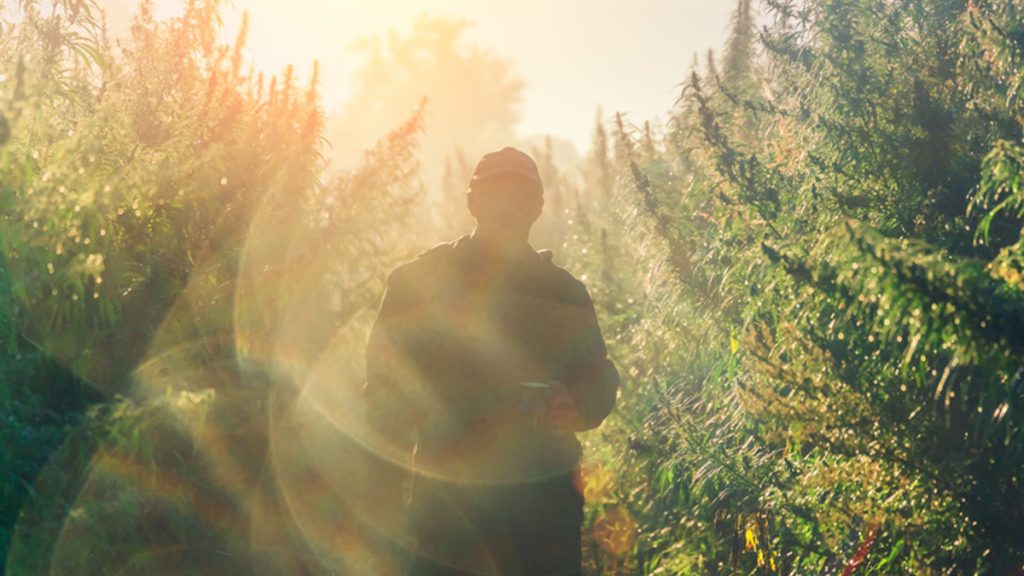 California in Violation of Prop. 64

As numerous news articles have asserted, and numerous failing businesses can attest, the cannabis industry in California is in dire straits.

Clearly, something has gone wrong and the glistening promise of Proposition 64 has not been fulfilled. It would seem that the Will of the People has been violated by both the legislative and the executive branches of the Government.

The state of California is in violation of its own statutes.

In the AUMA referendum, approved in 2016 by 57.1% of voters and 40 of the state’s 58 counties, the opening sections state the Purpose and Intent of the Proposition.

Many of these purposes have not been accomplished, in violation of the intent of the voters.

It is the intent of the people in enacting this act to accomplish the following: (a) Take nonmedical marijuana production and sales out of the hands of the illegal market and bring them under a regulatory structure that prevents access by minors and protects public safety, public health, and the environment.

Today in 2022, the illicit market is thriving, public safety is at risk as storefront
break-ins are increasingly common, and minors, as before, have no difficulty in
obtaining cannabis on the street.

(n) Deny access to marijuana by persons younger than 21 years old who are not medical marijuana patients.

Minors can easily access cannabis in the flourishing illicit market.

(s) Tax the growth and sale of marijuana in a way that drives out the illicit market for marijuana and discourages use by minors, and abuse by adults.

Now, in 2022, the combination of city and county cannabis taxes on cultivation, manufacturing, and sales, along with state excise and cultivation taxes, as well as regular sales taxes, is driving small craft farmers out of business or back to the illegal market.

Simultaneously the high cost of goods to consumers is driving those in need of cannabis back to the illicit market.

(u) Prevent illegal production or distribution of marijuana.

Not only is the illegal, now called “traditional”, market not eliminated, but virtually every legal cannabis business still has a tiny finger in the traditional market in order to generate enough cash flow to survive.

“Burner Distributors” go in and out of business. They buy legal cannabis with one license, then sell it illegally, after “going out of business”, then get a new license and start over.

(v) Prevent the illegal diversion of marijuana from California to other states or countries or to the illegal market.

Out-of-state shipments have barely been reduced as new legal markets in other states need cannabis goods and the national illegal market continues.

The illicit market in California, though smaller, still thrives because its operatives do not pay taxes, do not pay for testing, do not pay for permits, do not have inspections, do not need to pay contractors to make mandated upgrades, do not pay for on-site uniformed security services, while due to local and state budget limits, enforcement has been lax.

(x) Reduce barriers to entry into the legal, regulated market.

Numerous state and local government departments have imposed extreme
restrictions on cannabis businesses that are stricter and more detailed than
limitations on any other industry. Further, product testing limits for pests and
pathogens for cannabis are so strict that one County Agriculture Commissioner stated that not a single fruit or vegetable at Whole Foods Market would pass the test.

In comparison, cattle ranchers can install livestock watering ponds without a permit, whereas cannabis farmers need to register with the State Water Resource Control Board and negotiate a Lake and Streambed Alteration Agreement to install a pond and use the water.

In addition, all pesticides approved for agriculture were summarily prohibited for cannabis, until further testing could demonstrate they are not harmful.

H. By bringing marijuana into a regulated and legitimate market, the Adult Use of Marijuana Act creates a transparent and accountable system. This will help police crackdown on the underground black market that currently benefits violent drug cartels and transnational gangs, which are making billions from marijuana trafficking and jeopardizing public safety.

A transparent and accountable system has still not been successfully implemented.

The Track and Trace system by Metrc has many loopholes and numerous distributors have used “burner” distribution companies to circumvent the system and funnel product into the illegal market.

Most cultivators have been ripped off at least once, if not multiple times,
by unscrupulous distributors.

Enforcement efforts against the illegal operators have been lax, while at the same time legal businesses have been subject to detailed scrutiny for minor
code violations.

J. The Adult Use of Marijuana Act ensures the nonmedical marijuana industry in California will be built around small and medium-sized businesses by prohibiting large-scale cultivation licenses for the first five years. The Adult Use of Marijuana Act also protects consumers and small businesses by imposing strict anti-monopoly restrictions for businesses that participate in the nonmedical marijuana industry.

This declaration was nullified in the first instance by AUMA itself which allows the unlimited stacking of licenses.

(c) Except as provided in subdivision (b), a person or entity may apply for and be issued more than one license under this division, provided the licensed premises are separate and distinct.]

This provision allowed large corporations to acquire multiple licenses in numerous license types in the first year of legalization, effectively erasing the one-acre limit on cultivation right from the start, not five years later.

A key provision of the State law is a version of the “Onerous Regulations” clause:

(c) Regulations issued under this division shall be necessary to achieve the purposes of this division, based on best available evidence, and shall mandate only commercially feasible procedures, technology, or other requirements, and shall not unreasonably restrain or inhibit the development of alternative procedures or technology to achieve the same substantive requirements, nor shall such regulations make compliance so onerous that the operation under a cannabis license is not worthy of being carried out in practice by a reasonably prudent businessperson.

The failure of a large number of cannabis businesses attempting to become legal is a testament to the “unreasonably impracticable” nature of the regulations. It seems the “reasonably prudent business person” is the one who stayed in the “Traditional” market.

The bureau shall convene an advisory committee to advise the bureau and licensing authorities on the development of standards and regulations pursuant to this division, including best practices and guidelines that protect public health and safety while ensuring a regulated environment for commercial marijuana activity that does not impose such unreasonably impracticable barriers so as to perpetuate, rather than reduce and eliminate, the illicit market for marijuana.

The continuance of the illegal market clearly demonstrates the unreasonable and impractical barriers which have perpetuated the illicit market. Historically the Department of Cannabis Control has ignored the recommendations of the Cannabis Advisory Committee.

Who is responsible for this crisis?

There are numerous culprits, but mainly state legislators making laws that favor large corporations, and departmental regulations from CDFA, CDCA, CDFW, CDPH, and several counties which are stricter than for any other business.

For example, in California state law cannabis cultivation is defined as an agricultural product, not an agricultural crop or commodity, so cannabis is denied the protections of Right to Farm Laws and is subject to extra taxation.

Hemp, on the other hand, the exact same plant botanically only with less than 0.3% THC, is called an agricultural crop and is not taxed.

As a result, cannabis farms in existence for a decade or more prior to 2016 are
subject CEQA evaluation as if they were new operations, rather than the baseline of existing conditions.

This is a violation of stipulations in the CEQA statute.

Additionally, even though many consumer products made from untested hemp are consumed daily, hemp products are not subject to any testing, such that many products claiming to contain CBD in fact do not, or are not delivering it in the amounts specified.

Further, pesticide and environmental laws enforced for cannabis do not apply to hemp or any other crop.

In a vaguely disguised attempt to eliminate cannabis businesses from their counties, City and County Supervisors and Regulators have imposed heavy taxes and unreasonable restrictions. Many have simply banned any legal cannabis activity in their city or county, even though in some cases the people in the county voted to approve Prop. 64.

An example of extreme regulations is a Mendocino County ordinance requiring a cannabis garden to have a 50-foot setback from a neighbor’s property line, as well as 50 feet from a neighbor’s residence, thereby denying many properties the right to grow cannabis.

By contrast, a pigsty or a chicken coop only needs to have a three-foot setback from the property line and the neighbor’s house.

Also in Mendocino, farmers are taxed on the square footage of their garden, paid quarterly, regardless of whether they harvest a crop or not—an onerous form of double property tax.

The state cultivation tax is also supremely unfair. No other agricultural crop is taxed like this, rather the farmer’s income is taxed.

Second, it is unfair because it is a fixed-rate tax, not a percentage, which is adjusted each year based on inflation, similar to alcohol.

And that is just the state cultivation tax.

There is still the county cultivation tax, federal income tax [with no deductions for business expenses], and state income tax to pay.

When the flower trimming costs of $100 per pound are added, with the wholesale price at $300 per pound, what is left for the farmer, who still
has to pay permits, pay fees, pay for distribution, pay for insurance, pay farm
employee wages, pay lawyers and accountants, and buy fertilizers and equipment, as well as pay for mandated improvements to come into compliance?

There is nothing left to give the farmer a living wage, much less make a profit.

This ongoing cannabis business extinction event will soon enough deprive those very governments of the taxes they so greedily took from the pockets of the small farmers.

Basically, there is a continuing prejudice against cannabis. It is still seen as a
a dangerous illegal substance with no medical value, by the powers that be.

The result is persecution through legalization and penalization through regulation, based on the egregious falsehood that cannabis is not a crop, but an “agricultural product”.

(d) The Legislature may, by majority vote, enact laws to implement this division, provided those laws are consistent with the purposes and intent of the Control, Regulate and Tax Adult Use of Marijuana Act.

The current statutes enacted and the ever-changing regulations imposed on the cannabis industry violate the Purpose and Intent of Proposition 64.
Here are the first changes that need to be made:

• Repeal the cultivation tax.
• Reduce the excise tax to 2%.
• Waive license renewal fees, especially for equity businesses.
• Mandate each county shall have at least one retail cannabis outlet per
10,000 residents. [Alcohol is allowed one liquor store per 2500 residents]

These simple changes will reduce the “out the door” costs for the consumer,
bringing in numerous new customers and luring customers back from the traditional market. After all, we know that people want access to the huge variety of tested products available in legal stores. It just needs to be affordable and widely available.

The volume of new sales will more than compensate for the lost taxes and the
the illicit market will be reduced accordingly.