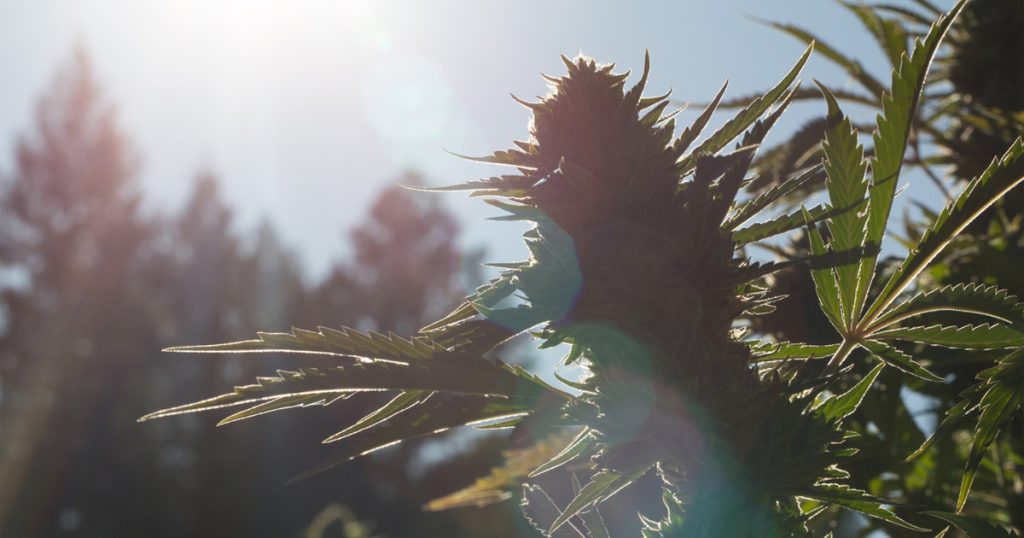 Swami Chaitanya compares the cumulative total of sites to purchase and or consume alcohol versus the total retail outlets and consumption lounges for cannabis and the scales simply do not balance.

The recent sharp descent of the wholesale price of cannabis in California is of great concern. Beyond the exorbitantly punitive taxes and the excessively strict regulations, the lack of places to buy or consume cannabis is a large part of the problem.

California has 58 counties, yet only 31 allow commercial cultivation,
manufacturing, and or retail, while 27 counties have prohibited all legal cannabis businesses.

Of the 482 cities in the state, only 174 have approved of some legal commercial cannabis activities, but a mere 114 cities allow retail sales. True, those 31 counties and 174 cities allowing licensed cannabis businesses hold the
bulk of California’s population, but the underground or “traditional” market thrives in those jurisdictions which outlaw legal cannabis.

That is to say, by default 368 cities and 27 counties have approved of illegal cannabis sales in their neighborhoods.

At the moment, there are about 1300 cannabis retail licenses in the state.

Around 800 are brick and mortar licenses and some of those operate stores in different locations.

There are also a number of micro-business licenses with retail operations, and there are approximately 300 non-storefront delivery-only services.

These numbers are difficult to pin down because they keep changing, as one by one, cities and counties come to their senses and open up to regulated cannabis businesses, or on the other hand, permits expire, stores go out of business, or are bought out by competitors.

With so few places to sell a bumper crop of cannabis, retailers keep driving the
prices down as the cultivators are more and more desperate to sell.

This results in a situation where the amount of the cultivation tax, which was just raised to adjust for inflation, plus the cost of trimming the buds, as well as the distribution charges and farm labor costs leave nothing left for the cultivator.

It is instructive to compare the number of legal cannabis stores with the number of places in the State of California where one can purchase and/or consume alcohol: beer, wine and spirits.

However, before going down the rabbit hole of statistics, it should be remembered that, while there has never been a documented death solely caused by cannabis use, drunk driving is the cause of 1066 traffic deaths annually in California and 11,026 annual deaths in the state are attributable to excessive alcohol use.

There are 59 types of liquor licenses for purchase and /or consumption—for
beer only, for wine only, for beer and wine, or for beer, wine and spirits.

There are 4,765 bars and nightclubs where you can drink, 6,122 liquor stores, and 1,959 supermarkets and grocery stores most of which sell some form of alcohol, even if it is only beer or wine.

This is ten times the number of places where one can buy legal cannabis.

Drug stores get into the act as well. California has about 5,600 drug stores, but not all of them sell liquor, so it is not easy to tally their numbers.

Adding these five categories together, there are potentially 24,000 places to buy alcohol – about 18 times the number of cannabis dispensaries.

Looking further into it, a surprising number of other venues have the right to sell alcohol, and most allow on-site consumption, many even allow minors to be present, such as restaurants that have liquor licenses, or opera houses and theaters and professional sports stadiums, which can sell and serve booze.

Certain event licenses stipulate that one first buy a ticket and then exchanges that ticket for a drink, kind of a wink/wink operation where you can’t “buy” booze directly from the vendor, but it is for a good cause so they give you a workaround.

Some of these licenses are seasonal, temporary, or event-specific, or for a limited number of events annually.

Here is a short list of the types of places that are allowed liquor licenses where one can buy a drink:

So while there is no way of accurately calculating the number of on-site and off-site alcohol venues, the sheer variety of places is staggering.

When you count events, such as music festivals or fundraisers, and then throw in sports stadiums, the total must be at least a hundred thousand places to buy booze.

That is one hundred times the number of places to purchase cannabis.

However, in order to prevent “undue concentration” of liquor stores or bars in any one neighborhood, California statute limits the number of state-issued On-sale General Liquor Licenses— selling beer, wine and spirits—to one for every 2,000 residents of a city or county, but for On-sale beer and wine sales only, mostly restaurants, there is no state limit!

For Off-sale beer, wine and spirits, the limit is one General License for 2,500 residents.

For Off-sale beer and wine only, the limit is one license for every 2,500 residents unless it is combined with an Off-sale General License selling spirits as well, then the limit is 1,250.

The number of On-site or Off-site venues allowed in a particular city or county and the location of each is determined by the local jurisdiction through enforcement of building codes and zoning ordinances.

The only real limit is the so-called “undue concentration” of stores in a high crime area, but even that can be appealed. If a city or county can demonstrate that having an additional Off-site or On-site venue would serve a “public convenience or necessity”, they may approve that new license.

Compare this to commercial cannabis which has a grand total of 1,300 stores and delivery services and an undetermined number of consumption lounges, perhaps fifteen or twenty.

Surely a business applying for a retail cannabis license can invoke the “public
convenience or necessity” clause, because not allowing legal regulated cannabis clearly enables the illegal market to flourish and increases the crime in that jurisdiction.

Just as clearly, medical patients have a necessity for greater convenience in obtaining their medicine and a need for greater access to lab-tested products.

As a result, with California’s population of 38 million people, there is only one
cannabis sales venue per 29,000 residents.

In comparison, when you add up all alcohol license types and number of venues and events there may be over 100,000 sites for obtaining alcohol, meaning one for every 380 residents.

And that is not counting the annual tourist influx, which is over two hundred million, many coming to buy cannabis and its products.

We are only asking for the end of tax-based persecution and the reduction of
punitive regulation by the state, by the counties, and by the cities, to create a level playing field for cannabis, on parity with the alcohol industry for the number of retail stores and other venues, especially consumption lounges.

Give us the same number of off-site and on-site venues for cannabis, reduce and simplify the regulations, eliminate the cultivation tax and reduce the excise tax to 1% or 2% above the standard sales tax and the state will more than double its current tax revenues from cannabis.

This will simultaneously reduce the illicit market, allowing millions of consumers more convenient access to tested products for their necessary medicine and their source of inspiration.

This will enable the small-scale craft cannabis producer to actually make a living.

About the Author: Swami

Swami Chaitanya, aka “The Swami of Pot” (Rolling Stone Magazine), is a radical classical: he started his life as an East Coast academic and now in his early seventies is a West Coast Cannabis Holy Man. A self-described “original hippie,” Swami moved to San Francisco in 1967. He went on to live in South America, Europe and India for many years, settling eventually in Mendocino County, California, the heart of the Emerald Triangle. Swami is a well-known figure on the music festival scene and offers teachings and discourses on spirituality.