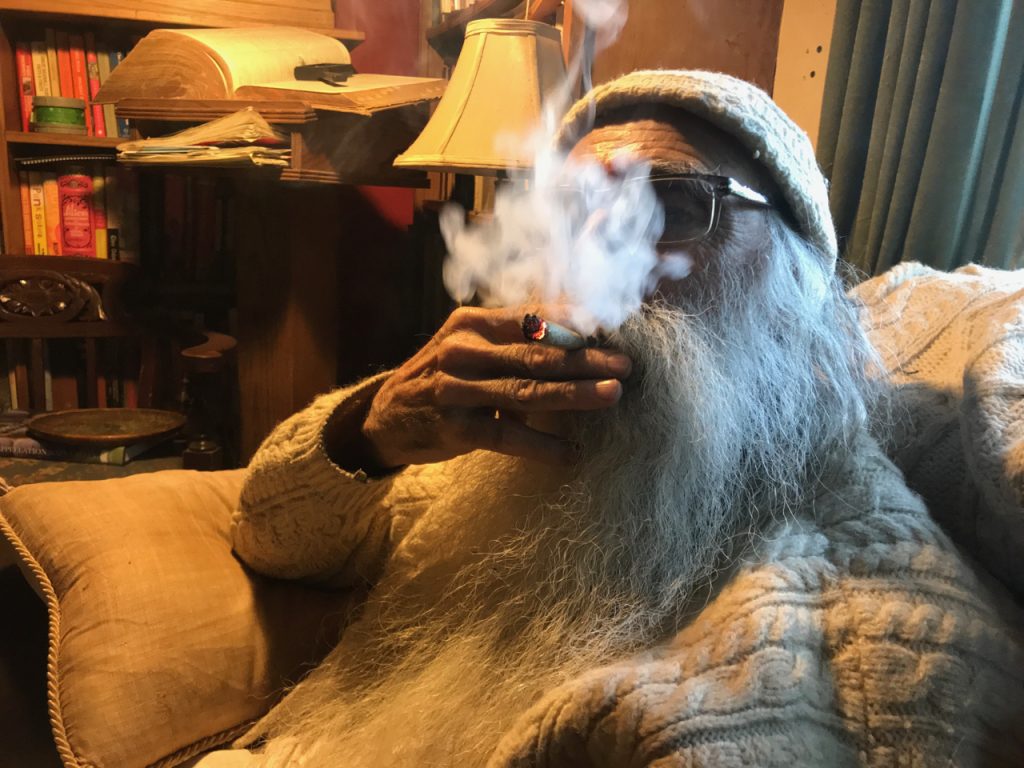 Nikki and I just got back from a road trip to SoCal, visiting numerous retailers in and around Los Angeles and Orange Counties. The goal was to get a sense of what is happening out there in the marketplace. En route, we stopped by Harborside in Oakland. We’ve been supplying them for over decade and couldn’t help but notice how different it felt from pre-January 1, 2018 when adult use became legal alongside new, high-rate taxes. An even bigger shift happened for compliant cannabis businesses after the recent July 1, 2018 “retail massacre,” when that state required the destruction of any product left on shelves which was not fully compliant with childproof packaging and required lab-testing. Ouch, that hurt.

Harborside, which used to have long lines awaiting service at eight budtender stations, was open and bright but rather empty. They used to have the greatest selection of any dispensary that we had visited. Now, there was hardly any product in the display cases. There was a handful of flower strains, but most of the numerous brands of tinctures, edibles, vapes, oils and concentrates that were in stock previously were nowhere to be seen. They told us about the massive sales the week before, when they cleaned out stock at discounts down to cost.

We witnessed a a similar dearth of products and variety in the six retailers we visited down south—Peoples OC, Downtown Patient Group, Exhale Medical Center, Buds and Roses, The WEED and The Higher Path. We’ve also visited Tree House Dispensary in Soquel, near Santa Cruz, and talked to The Wellness Coop in South Lake Tahoe – all are struggling to survive. Still, they have faith they’ll make it over the hump. Everywhere there is evidence that very few cannabis entrepreneurs in the supply chain have been able to obtain licenses at this time. Others still, even if they possess a temporary permit from the State and County, have products which are not yet in compliance with the stringent regulations just enforced starting July 1. Most dispensaries have laid off employees, some more than 50% of their staff. Many small retailers have closed up shop entirely.

Why does this scenario of cannabis being destroyed by the authorities sound so familiar? Obviously, the numerous government agencies are still in the Prohibition mode. It has a new wrinkle, however—the retailers themselves were supposed to carry out this wanton senseless costly destruction of valuable medicinal herbs and preparations. This action was felt as a slap in the face from the Bureau of Cannabis Control on all the retailers already struggling with permits, compliance upgrades and drastically reduced patronage.

What the State and County have not done is address the cannabis industry as they would any other business conglomerate which creates hundreds of thousand of well-paying jobs and sustains thousands of hard working small time entrepreneurs who provide the backbone of the economy for several of the state’s poorest counties.

What is needed is a business development plan to help the industry survive, not more taxes, permits, restriction and persecution of the intrepid cannabis businesses who have come out of the shadows and applied for legal status. If the cannabis industry were Twitter or Apple, cities and counties would be falling all over themselves to offer us tax-exempt status, zoning exceptions, wining and dining us to attract our business. But no, they would rather put us out of business—to be replaced by what?

The scarcity of product on the shelves of a severely limited number of legal retailers is a highly predictable outcome of the absurd laws, ordinances, rules and regulations perpetrated by the powers that be, which are different in every jurisdiction and which seem designed to weed out all the little guys. Similarly predictable is the survival of the black market. You’d almost think the authorities are trying to support it for their own gain.

Of course, there was speculation that much of the “destroyed products” from July 1st actually just ended up on the black market. Pot dealers didn’t survive all these years by being stupid. But the annihilation of these supposedly dangerous toxic substances denied many patients of their medicines which give them relief, further driving them to the thriving black market, or rather “free market.” Consumers go where goods are cheaper and where choices are greater, so naturally they choose to not pay 35% tax by obtaining what is now again an illegal substance.

This situation is bound to change over time, as more cultivators, manufacturers, testing labs (so few have been permitted that there is a serious backlog), distributors and retailers receive permits and the new labels and tops, ordered just weeks ago when the new regs were belatedly published, are applied to jars and the new pesticide testing is completed.

Wait a second!! Two weeks into the new revised emergency regulations, another revision is announced. Now the child-proof tops are no longer going to be required and the label requirements have been slightly changed. Hold on! We just ordered and paid for replacement labels and tops, but those labels will again need to be changed, entailing additional design and printing costs, while the new tops won’t be needed. Why were those millions of dollars of cannabis products destroyed enforcing a rule that was rescinded two weeks later?

Granted, the whole child-proof thing is foolish and unnecessary. With the possible exception of high dose edibles, where is the danger? So, we are delighted that the Bureau finally gave in to common sense by not requiring child proof tops, which of course are not required on whiskey bottles or cigarette packs. But these constant changes are just one more expense that the cultivator and manufacturer must bear, paying twice for tops and three times for labels. They are nickel-and-diming us again. A thousand here, two thousand there, pretty soon you’re talking real money.

With the rules changing every week in every county, how can one make a business plan? This is the crux of the matter—the state and counties and anti-cannabis groups are still so intent on punishing us for having been in the illicit market that they are blind to the benefits of the plant and the necessity of nurturing and protecting the cannabis market place. This is for the sake of those needing the medicine and for the sake of the hundreds of thousands of citizens who earn a decent living from cannabis. How will the counties deal with the rising unemployment, bankruptcies and declining tax base as a result of their short-sighted policies?

The Emerald Triangle is internationally known for producing the finest cannabis in the world. It is the hotbed of innovation in products, breeding and cultivation methodologies. Why would the state not take advantage of this reputation and begin exporting to other states and other counties as the legalization process succeeds world wide? Why is the state favoring the black market and the large corporations at the expense of the small entrepreneur seeking to make a decent living growing a legal crop?

Note to the Government: Stop persecuting and start nurturing!