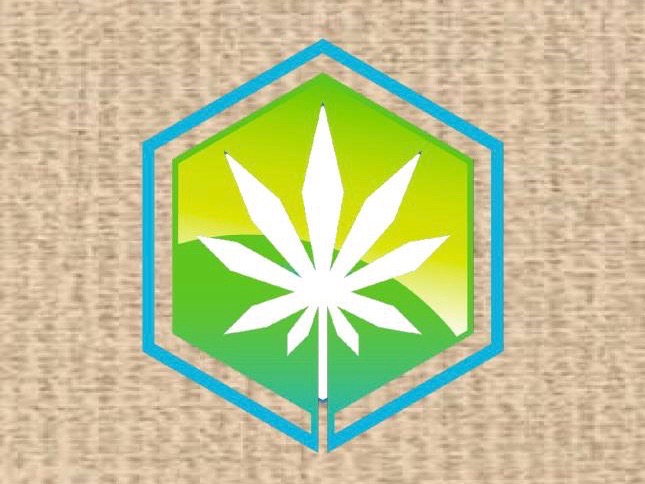 This was the second State of Marijuana Conference at which I was invited to speak and it was an even bigger success and more fun than the last one. For starters, of course, it was held on the Queen Mary docked in Long Beach, California. The Grand Old Ship was an awesome venue, redolent of snobby tradition. I was delighted when conference producer Susan Soares, at the Sunday Brunch for the scheduled speakers, urged me to be the first to legally smoke a joint on the fan tail of the Queen Mary. I made haste to comply, with the help Frenchy Cannoli and a few others.

This set the tone for the next three days. Steve DeAngelo gave a rousing keynote address, speaking passionately about his love for the plant and hopes for a thriving future for the cannabis community.

The head of the Drug Policy Alliance, Ethan Nadelmann, was equally passionate about the need to pass Prop. 64, the Adult Use Marijuana Act, since not only is the rest of the U.S. watching what is happening, the rest of the world, especially Mexico and Canada, is paying close attention. For me, the single most important factor is the end of the criminalization of cannabis cultivators, manufacturers, patients and consumers.

In spite of the excitement and joy of meeting with many long term leaders in the movement, the underlying mood was quite serious about the upcoming November election and the prospects of Prop. 64 passing. Last year we were celebrating the victory of MCRSA, but now there was an air of uncertainty in the midst of the blue sky predictions about business opportunities. Clearly, the presidential and congressional elections are equally important to the cannabis community.

There were numerous elected officials at the Conference. Assembly member Rob Bonta moderated a panel on Research. Assembly member Reggie Smith-Jones was again on a panel, this time with Fiona Ma, Chairwoman of the California State Board of Equalization. In addition, there were City Council Members from Coalinga, Los Angeles and Long Beach, as well as a Supervisor from Yolo County and the Mayors of Lynwood, CA and Avalon on Santa Catalina. All these were investigating the ways their localities could benefit from developing some aspect of the industry.

For example, in Coalinga the petroleum industry closed its pumping stations when the oil price dropped and then the prison for profit closed soon after. Desperate for income the city council negotiated with a cannabis entrepreneur to take over the prison buildings for a grow site and cannabis products manufacturing facility.

The Mayor of Avalon, the main city on the Island of Santa Catalina, came seeking guidance on setting up grow sites on the island. Since it is 27 miles across the sea, it is beyond the twelve mile limit and so federal law prohibits cannabis transport from the mainland. The senior citizens there need medical cannabis but have no way to obtain it.

As for my own part in the Conference, other than sharing Swami Select buds, demonstrating our ultra-violet Miron Glass jars and presenting our label/logo, I was on the panel discussing the Evolution of Pot. On stage all the panelists agreed to rename the discussion “The Evolution of Cannabis”; the use of the C word indicating a change in our consciousness regarding the sacred herb. Another clear sign of the evolution is the simple fact we were meeting and smoking on board the Queen Mary rather than hiding in some back room.

Each panelist was first asked what we have lost or will lose in the new paradigm. I described my concern that with all the regulations, inspections, fees, taxes and big corporate money flooding our industry we stand to lose the trust and love that were the real basis of our survival.

For over fifty years the cannabis community was able to supply the whole country, every little village, with a joint, in spite of the fact that there were no stores, no advertising, no bank accounts, no large corporations with marketing and distribution departments, and every sheriff and policeman was trying to stop you. No one kept records, no one talked about what they did, yet large deals went down based only on a handshake and a look in the eye. There were no rules or regulations, it was total free market capitalism. The only limit was if someone got too big they got busted. In this way, the wealth was democratized. There was also a sense of shared risk, so that if someone lost their crop one way or another, other growers in the area would step up and offer new starts, or all their shake so that the victim would be able to survive.

The cannabis community was a secret society that was somehow able to recognize one another. It was like we were all Wizards in a Harry Potter style alternative world that one entered on platform 420. Now we are sharing the source of our magic with the Muggles!

Other panelists lamented the loss of some of the old land race strains that we loved in the past, such as Skunk, the original Durban Poison, Acapulco Gold, Panama Red, original Thai sticks, etc. As for the future, Dr. Jeffrey Raber of the Werc Shop is looking forward to spotless indoor grow rooms and green houses that produce rigorously controlled clones of exact cannabinoid and terpenoid profiles designed to treat specific diseases. Standardized and reproducible results for medical use.

While I totally support this medical purpose, I am most interested in the Inspirational use of cannabis and in pursuing exotic and stimulating strains to be grown in our unique climate conditions. There is a growing movement in Northern California to alter one’s cultivation methods towards sustainability, beyond organic and on into biologically remedial techniques, using one’s own land as the primary source of nutrients for the plants. Biologically alive soil also reduces the need for pesticides and fertilizers; the latter often come from distant places and even disturb bird and animal habitat in the collection process. In addition, while we may have lost some delightful strains, there are many geneticists creating new and exotic phenotypes of cannabis through cross fertilizations.

The only disturbance to the overall good mood and general agreement on the need to pass Prop. 64 came during the final panel, when Hezekiah Allen of CGA and Nate Bradley of CCIA got into a brief kerfuffle over who said what when/ who supported what when in last year’s run up to the passage of MCRSA. We owe a debt of gratitude to these men for what they helped to accomplish in Sacramento on behalf of the entire cannabis community.

From what I could tell, Hezekiah’s “neutral” stance on Prop 64 was really non-affirmative, as he said there is no urgency to pass what he saw as a flawed proposition right away. In two years there will be a better option, he maintained. When a powerful Latina in the audience challenged him that for anyone in prison there was surely urgency, and a diminutive but determined African-American woman pleaded for legalization, he seemed dismissive and curt.

Perhaps his only concern is for the farmers he represents through CGA, but I am convinced that his support of mandated distribution is the death knell for small producers of all sorts and the entry point for large corporations to take the greatest profit. The recently concluded legislative session did amend the distribution issue, as mandated in the original MMRSA bill passed in October 2115, to allow cultivators and manufactures to move product to, from and between manufacturers. However, the final stages from cultivator and manufacturer to tester and distributor still must be carried by a licensed distributor and licensed transporter. Another troubling clause decrees that the distributor is in charge of testing and quality control – something for which they are completely unqualified. Judging cannabis quality requires years of experience and extensive personal sampling. The whole process seems unnecessarily cumbersome and expensive.

In the wine industry, small vintners (fewer than 5000 cases per year) can sell their products on site, at farmers’ markets and through “Direct Sales” to restaurants and retail outlets. Quality control is in the hands of the winemaker and, in the free market system, the ultimate arbiter is the consumer. The cannabis industry just wants to be treated the same as every other industry. Thanks to conferences such as The State of Marijuana, these important issues are being discussed openly to create the change we need.