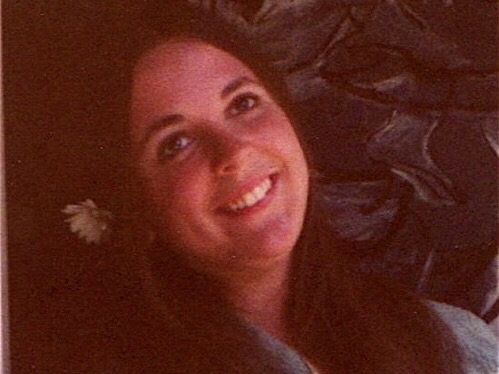 Swami has been conducting a personal research project over the past few years. He enjoys asking people how old they were when they first smoked pot and who turned them on. Usually the answer is between 14-16 years old and most often it was an older brother or sister. However, when you’re my age, and the youngest daughter in a conservative Catholic family in the 1960s, I didn’t have any older siblings who got high or even had a clue what that meant. It was something dirty hippies with long straggly hair did, and as my father always said, “you can’t tell the girls from the boys these days.” Boy, would he ever be really confused if he were alive today!

Being the curious young teenager that I was, born in the right place at the right time (San Francisco in 1955), I was determined to check it all out. I recently read parts of my personal journal I wrote when I was a freshman and sophomore in high school. Most interesting was that I made a very conscious decision at one point, at the start of 10th Grade, to choose the path of the hippie trail. It all happened in about a two week span, when I was 14, that I literally went from possibly becoming a nun to smoking my first joint, and the rest is history.

It was a sunny afternoon and my friend Katherine and I were walking around the neighborhood when we ran into Jim Harris, a groovy “older” guy (maybe 17??) who invited us to his house to hang out in the garage while his literal “garage band” played bad rock n’ roll. A skinny joint of Mexican bunk weed was passed to me, and I hit it. Funky taste, but it was worth trying again. When we finally exited the garage and entered the world again, the sky did seem a little brighter but mostly I remember going to the little corner grocery store and loading up on mints and candy, both in an effort to feed the munchies and hide the evil odor from our moms. I remember feeling so very guilty, as if I had committed a serious crime, yet there was a part of me deep down that recognized immediately that this weed was not bad for me. I’d been to parties where everyone was drunk, and that was never a pretty picture. But the stoner kids in the garage were friendly and fun and well-behaved, even if they were never destined to be rock stars.

I can’t recall who gave me my second joint, or when I actually felt it do its magic, but it transformed me instantly and I felt at home in the new incarnation. I scored a “lid” (equal to about an ounce today, but really only the measure of about two finger widths in a plastic baggie, and half the weight was seeds and stem) from someone for about eight bucks. I do recall sitting in my bedroom with the door locked, bag of funky Mexican weed and a package of ZigZag papers next to me, determined to teach myself how to roll a proper joint. I had found my calling.

It was the glimpse into alternate realities that interested me the most at the time, and led me to sample my first psychedelic, mescaline, about a month later. The colors and patterns I will never forget from that first trip … and the feeling of being free and real for the first time. I slipped right into my new skin, adjusting easily to the wonders and fears, going with the flow. But that was a special time, the late sixties in San Francisco, the set and setting were all in place for a flower child to blossom. I was blessed indeed – but I feel I must be responsible here and state that what I did at 14 is not for every young teenager. There are many stories out there about how early contact with cannabis or hallucinogens, when a brain is in such a critical stage of development, is not recommended. Yet, as we know, everything is relative. Perhaps I am not the Einstein I could have been, but I guess the world instead was in need of a hippie girl named Nikki, and that suited me just fine.

The cannabis that we smoke today is a different creature than what was available when I was a teen. There were several strains coming across the border from Latin America (Panama Red was always my favorite) and later from Thailand too, but the only thing I remember really getting me high was some Afghani hash a hippie traveler had once in Golden Gate Park. The marijuana we got was full of seeds and stems, which took quite a bit of fine work to clean out, and often was harsh on the throat, I can’t even imagine what it would taste like to me now!

So the good news for rookie stoners today is that fine organic sungrown cannabis is available so they can stay healthy. However, they must beware of the THC contents, as the high percentages of THC in dabs and rosins etc., is not offering the opportunity to experience the various effects of all the other compounds naturally found in cannabis. If I had been dabbing at 14, I can’t say I’d be all with it today – that is strong stuff on the young brain. That is yet another reason to promote being connoisseurs of the wonders of sungrown organic cannabis flowers. Keep it clean and sweet, no butane or pesticides, protect your brain. But don’t forget to let your spirit blossom!