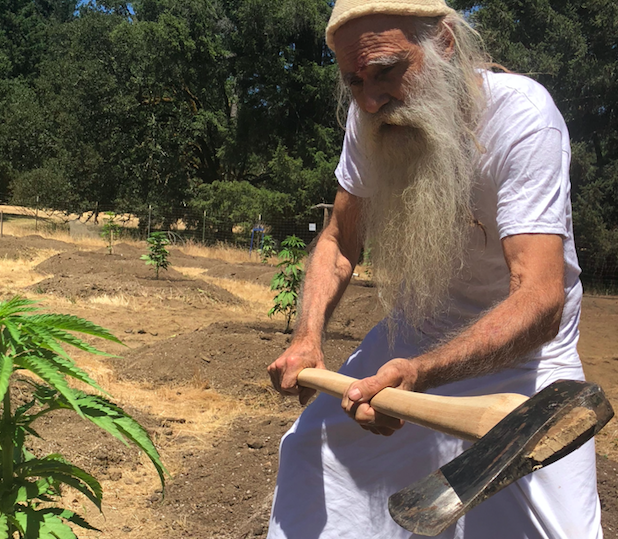 The recent iteration of the emergency regulations issued by the Bureau of Cannabis Control is the unkindest cut of all in the death by a thousand slices, which have been inflicted by the process of “coming into compliance.”

Recently Lori Ajax, the Chief of the Bureau of Cannabis Control, has been saying that the regulators were listening to the input from cannabis community and that people would be pleased with the new regulations coming out soon. On May 17, there was a meeting of the citizens Cannabis Advisory Committee, mandated by Prop. 64, where there was general agreement of the members of the public about suggested improvements to the Regs. Then suddenly, the very next day the new revised Emergency Regulations were issued indicating that the citizens committee’s input was superfluous because the changes had already been decided by the powers that be. Nonetheless, the Committee’s recommendations were forwarded to the Office of Administrative Law for final review and a five day public comment period, which happened over Memorial Day Weekend. They did incorporate a few of the suggested changes, such as drive-thru retailers, on site consumption with restrictions in retail stores, rising the delivery weight maximum and removing the requirement for 24 hour human security officers for retail. However, the proviso to destroy unsold cannabis products that were permitted under the initial Emergency Regulations remains in effect.

In spite of the promise contained in the medical cannabis bill of 2015 and in Prop. 2015 to protect and favor the small farmer and entrepreneur, the net result of all the components of the various governments’ attempts to control the cannabis market is abject failure. It has, however, guaranteed two things—the survival of the black market and the rapid demise of the small entrepreneur, enabling the rise of large vertically integrated corporate cannabis enterprises.

It almost seems as if this was their intent all along. The combined effect of all the myriad state and county laws and rules and fees and taxes has made it so difficult and expensive to obtain all the permits that only large corporations with multiple departments and huge resources will be able to operate at a loss for three to four years, until all the small entrepreneurs are bankrupt and out of the way.

This business has always been market driven, its customers very savvy. After January 1, 2018, many long time cannabis customers switched from their legal retail supplier back to a “grey market” vendor or a street dealer to avoid the 35-40% increase in price at the legal retailers.

Plus, so few suppliers have been able to obtain permits, that the variety of legal products for sale has been drastically reduced. The gray market vendors still have choice. Naturally, if the store that carries the only medicine that makes you feel good no longer has it, you’re gonna go shop at the store that still sells it.

The new regulations require a childproof container for all cannabis items, including flowers, and labels with even more information and warnings. New, more expensive and detailed testing requirements also go into effect as of July 1.

I ask, “Where is the danger here?” Why is it so important to cause undue financial hardship on the very farmers and business people who are trying to meet the governments’ demands?  Cannabis has been sold without childproof lids, without warnings, without testing for decades, for centuries, for millennia, in fact, yet not a single death with cannabis as the sole cause has ever been reported.

If a child were to eat a cannabis flower, raw buds have only THC-A, which the body cannot absorb. The flowers have virtually no active THC and are quite bitter tasting. The child will not get stoned nor will it eat more than one. Do alcohol bottles have childproof lids? Does a cold cream jar have one? Does a cigarette pack? Do all the bottles of cleaners and solvents under the kitchen sink have childproof tops? Does tobacco get tested for pesticides and microbes? The only possible danger is from edibles, but even these have never been fatal other than a very disconcerting trip at one time or another from eating too much.

Obtaining new childproof tops, labels and re-testing will take time and cost money so virtually no one will be able to comply with the new commandments in time, meaning that there will be almost no stock on the shelves of the legal retailers after the first of July. Meanwhile, retailers will have just destroyed all items which do not meet the new standards. Chances are that even more people will resort to the illicit market.

Who absorbs the cost of this senseless destruction of the world’s most beneficial herb? The retailer who is already suffering from being hit with new taxes and a huge bill to upgrade the security system, but whose sales are way down? Will the small cultivators absorb it? With the price down to $500 a pound, they are already living from harvest to harvest while facing ever mounting compliance expenses.

These revised Emergency Regulations demanding the destruction of valuable medicine are a veritable death sentence for the retailer, manufacturer and cultivator struggling to meet California’s demands. Is this anyway to treat those who are trying as hard as they can to come into compliance with increasingly ridiculous and punitive government decrees? After the thousand slices, this is truly the unkindest cut of all, the coup de grâce.

People not in the cannabis business may not know the the stress and distress that has overtaken the tiny percentage of cannabis entrepreneurs who are applying for legal permits. In the past everyone who grew, transported, sold and consumed the sacred herb had a shared risk. Even the casual smoker could (and in some states still can) go to jail for a bag or a joint. At present, in California, the user of cannabis products is virtually guaranteed the right to consume, but the cultivators, manufacturers, distributors and retailers have greater risk than ever, while the “cost of doing business and coming into compliance” turns the margin of profit into a mountain of debt.