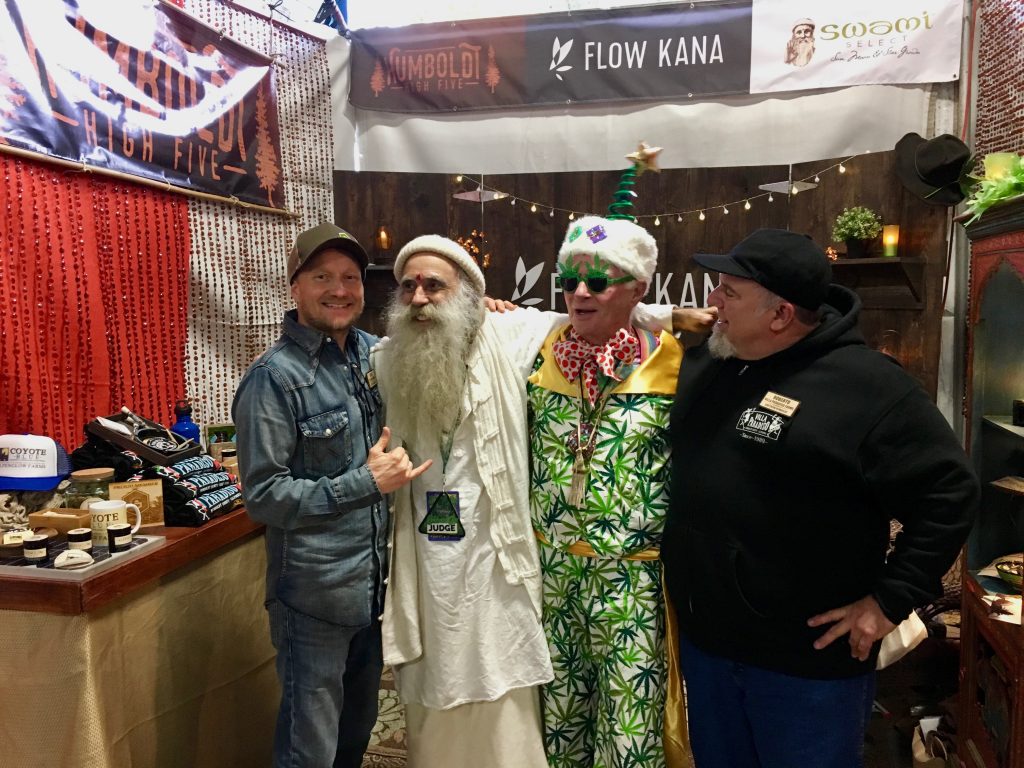 Wow. That was quite a weekend at the 13th Emerald Cup. Over 30,000 people attended. It was Sold Out and then some, and it certainly appeared to be a big success. Like any major production, I have no doubt there were some glitches and moments when everyone running the show wanted to pull their hair out, but it wouldn’t be a good show without some of that, too. It looks like we pulled it off once again! 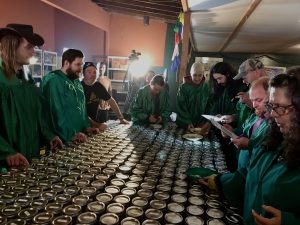 The flower Judges ended up with over 600 entries – and we not only survived, but picked some great winners. Fourteen Judges made up our final crew (we added three more for the final push), and it still was a challenge to get through it all properly. Yet I feel we really did it justice with our fantastic panel of Judges, who came from eight different counties in Northern California: Humboldt, Mendocino, Yuba, Nevada, Sonoma, Alameda, San Francisco and Santa Cruz.

Coming to consensus on the Top 20, in order of rank, took some time. We needed to smoke many more joints and truly do side by side tastings – a smoke off of the top five was the only way to come to a decision. A few entries were tied, so we again had a smoke off, and then voted on where to place them.

At last, with video cameras all around us, the winners were discovered. Then, as always, came the big moment when Tim Blake went and found the entry forms so we could hear the lucky names and counties, as it is a 100% blind tasting. The winner was a Zkittlez strain from Humboldt. The growers were the Dookie Brothers. These were new names to me, but I was quickly informed that they are the guys who just won the Golden Tarp Award this past October for the same strain. That’s when we felt really justified by our choice. Out of all entries, this one shone – and it wasn’t her first time. She truly was the Belle of the Ball.

The big moment of presentation came Sunday afternoon in Grace Pavilion at the Sonoma County Fairgrounds. The place was packed as packed could be, with thousands of anxious contestants and inquisitive viewers. We rendezvoused with all the Judges backstage first, where they slipped into emerald green Judge robes, resembling a colorful choir. The special touch this year were sparkly green alien antennae, in honor of Tim Blake’s UFO passion. We do take Judging very seriously, but this was our time to get some respect! 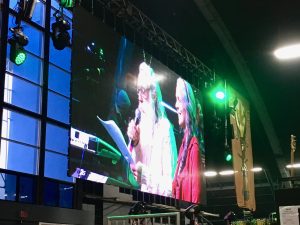 everyone to an enthusiastic response. We told the crowd that the Judges this year represented eight different counties, to dispel the misguided rumors which always abound post-Cup about how we fixed the winners. It’s just not possible with our system. Next we invited the all the Judges up to the front of the stage and together we threw joints out to the crowd, in honor of an old tradition from the early days of the Cup when the judges would roll up joints of the winners to share with everyone. Several people dashed to the front of the stage to grab them of course!

The Judges made a brilliant green backdrop as they lined up across the stage, while Swami and I began to extoll the winners from numbers 20 through 4 with the anxious audience. This year instead of us announcing all the Flower winners together at the very end of the show, we did the first 17 and took a break. Other Judges then announced awards for all the other categories, such as Lifetime Achievement, Concentrates, Tinctures, Edibles, and more.

Meanwhile, tense expectations grew in the audience as they awaited the crowning glory of the awards, the Flowers. Finally, as Swami and I returned to the stage the crowd was fired up. With big smiles and some joking around, we delivered the news they were all waiting for, complete with all the details: Name of Grower, Home County, grown from seed or clone, Total Cannabinoids and Terpene Count, and a full description taken from a compilation of Judges’ comments. That part usually reads like poetry. 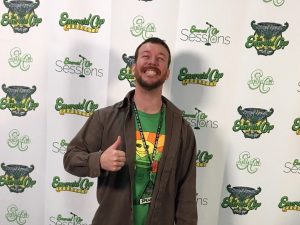 It is such an honor and a pleasure to present these awards to the deserving farmers when they come onto the stage. As always, the very top winners were gentle kind people who clearly love their girls. They all said a few humble words and that was it. All those weeks of sampling and sharing with our fellow Judges was over for another year.

The Festival continues post-Awards Ceremony with music and more general wandering about. We made our way back to our booth in the 215 Area – but this took a lot of time, as it had all weekend. Everywhere Swami walked people would come up to shake his hand or more likely get a hug and a photo taken. And it was a constant cry in the background as he would stroll the paths of the Fairgrounds, “SWAMI!!!” It is all so heartwarming and reassuring that our work is not going unnoticed.

Thank you all, we love you.