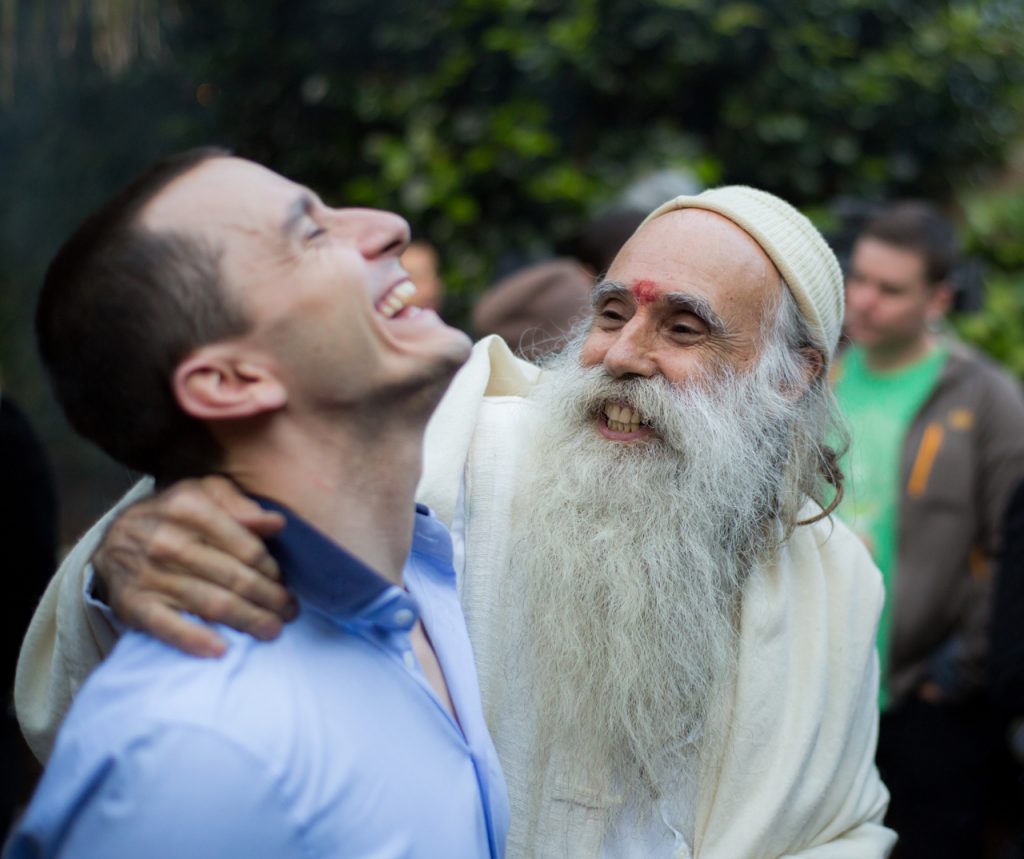 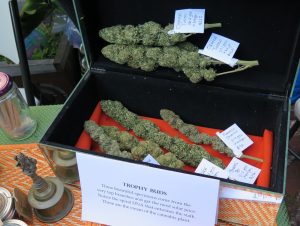 Swami Select Salon. The stunning Edwardian-period home and garden on a tree-lined street in San Francisco where it was held, was packed with smiling cannabis connoisseurs pressed together, sharing tasty joints. Members of The Press were there in full force to experience and report on these unusual gatherings in these changing times. Clearly, cannabis is a hot topic. And finally, it was full court press time in Cleveland where the Golden State Warriors, our home team, easily won the 4th game of the NBA finals. The game was on a big screen off the garden so devoted fans could enjoy buds and basketball at the same time. 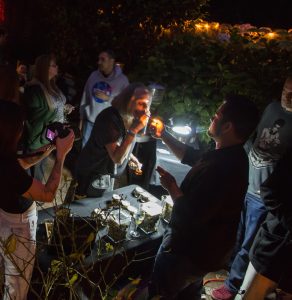 In the lovely sheltered and terraced garden, under palm trees and flowering vines that leant a tropical air to the unusually pleasant San Francisco evening, two farmers were again featured. Along with our Swami Select table, which offered Orange Turbo, Pineapple Smoothie and DH Fire this time, were Lady Ele and Leo from House of Aficionado – a very classy company with high quality crafted cannabis. Aficionado specializes in seed genetics as well as growing some stunning herb, which as been a consistent winner in the Emerald Cup the past few years. Their Chem Dawg was quite popular. Special guest Frenchy Cannoli was busy all night preparing hash hits for interested guests, who were lucky to sample his exceptional products.

The sign of a good thing is return guests, and there’s clearly a core group of devoted SSS fans a 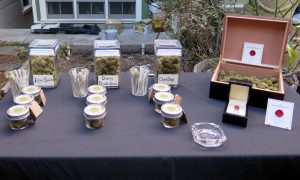 lready forming, who return every month to sample more strains. “What’s not to like,” said Mikey Steinmetz Mishkin, co-host and funder of FlowKana, as we gazed upon the crowd of smiling faces around us. The brilliant duo of David Goldman and Michael Koehn graced SSS once again and Ed Rosenthal and his wife Jane Klein were there as well, all leaders in the forefront of the cannabis movement.

And yes, the Press was there, obviously curious about what’s going on, and that makes me very happy. We want the word to get out about all the positive things happening in the world of cannabis, so it was great to see BBC, San Francisco Chronicle, the Financial Times, David Down’s TheHash.org, SF Evergreen, Cannabis Now … It was also wonderful to see how most people are ready to come out into the light in front on the camera – people who clearly feel strongly and proudly that cannabis is a valuable medicine, no matter how you define that word. To me, it means it makes one feel better, plain and simple.

It certainly seemed like everyone was feeling a lot better when the Salon dispersed into the foggy San Francisco night. Ok, maybe it was the Pineapple Smoothie, but I swear the sky was clear in a pocket just above us the entire evening. Or maybe all the ganja smoke kept the clouds at bay? Let’s just say, everyone left feeling happily Pressed!

Stay tuned – the next Swami Select Salon is coming on July 24th. If you want more information, contact me through this site.