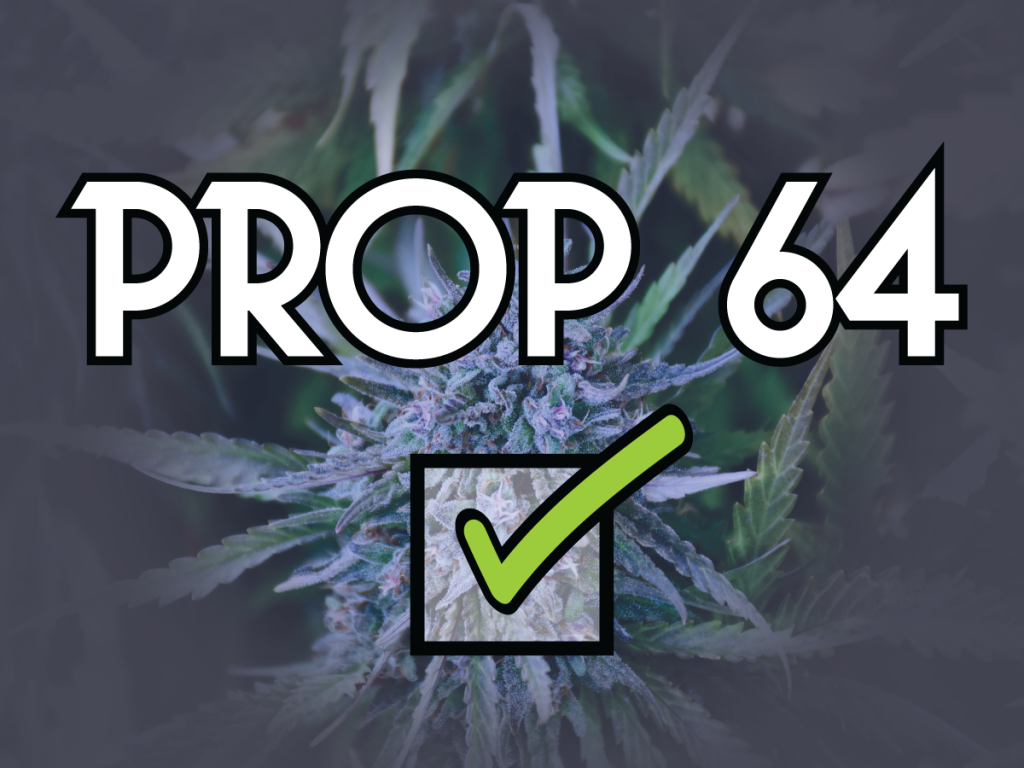 As in any political campaign, especially this one, there is a lot of disinformation bandied about. And, as in any major piece of legislation, there is something within it to upset just about every interest group. It is a rare law that is perfect the first time around. Already the MMRSA has been amended to  the Medical Cannabis Regulation and Safety Act and other changes have been made.

The first and foremost reason I support this proposition is the social justice issue. As a white male cultivator, I cannot say that my aversion to paying an excise tax is more important than a person of color being released from prison or not going to jail in the first place. Twenty one thousand people were arrested in California on cannabis charges last year. No-one should go to jail for consuming this Sacred Herb.

Although the laws on teenage use seem harsh, they are more a less the same as for teen alcohol use. They do not include jail time, but they are still the legacy of the nearly eighty-year prohibition campaign which demonized cannabis. Hopefully we can move beyond this attitude as Prop 64 taxes will partially go towards medical research, which will no doubt discover the many benefits of medical cannabis for children as well as adults.

Prop. 64 reaffirms the cannabis enterprise categories established by MCRSA. These are good categories. The state legislature has also recently added a much needed micro-business category.

Prop. 64 has a much more liberal distribution mandate than MCRSA, which is certainly better for the farmer. This is a conflict which will need to be reconciled later.

Much as I might wish certain other details be changed, I must look at the wider picture than my own self interest. Passage of  Prop 64 is a symbolic act and an historic moment. With all the western states forming a bloc which will have legalized cannabis in some way or other (Washington, Oregon, California, Nevada, Colorado, Arizona, New Mexico), it sends a message to the Federal Government, the Senators and Representatives, the DEA and the FDA. On a wider scale yet, Canada and Mexico, who are liberalizing as well, will see this as an affirmation of their stance. The UN will take notice, as well as other nations.

Prop 64 does not repeal Prop 215. It does not conflict with it. Patient/caregiver rights are guaranteed. Visit this site to read more about that: http://theleafonline.com/c/politics/2016/08/prop-215-rights-not-affected-prop-64/

Counties and cities are still given final jurisdiction on what categories of enterprise they will allow within their borders.

Realistically, California is the most regulated state in the country, perhaps the world. As the cannabis world comes out of the shadows into a legal regulated market, all the permits, taxes, regulations, inspections that all other business endure will become our lot as well. It goes with the territory.