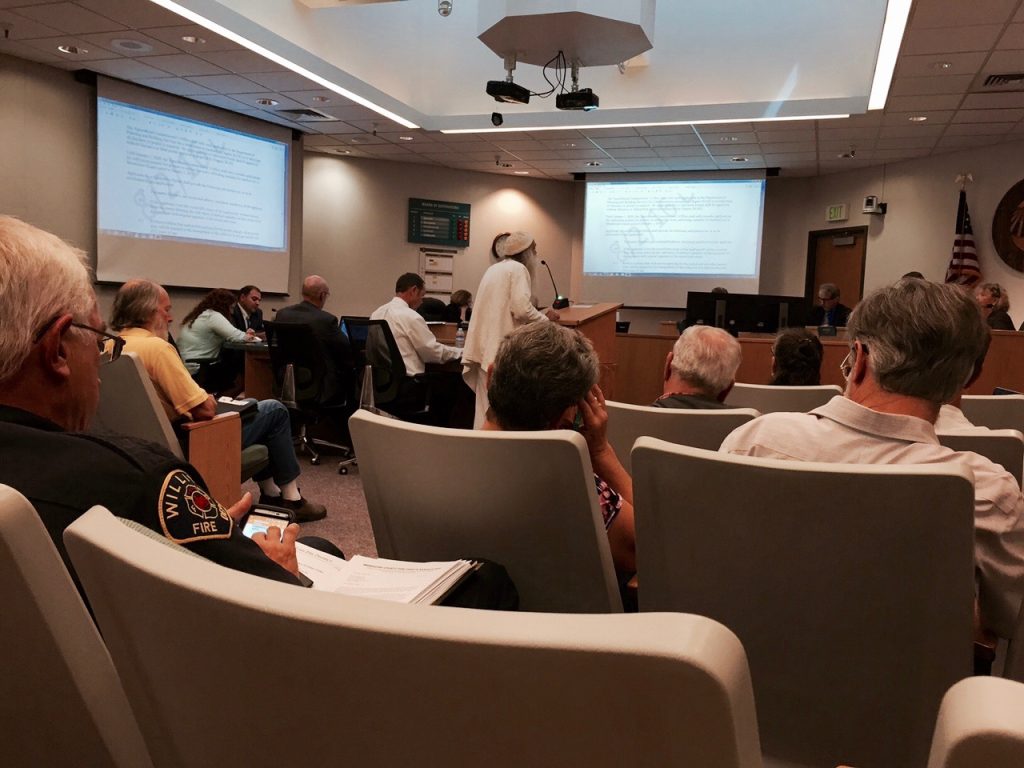 The voters of Mendocino County have the opportunity to make their voices heard on the issue of cannabis regulation in the November election. For citizens to make a clear choice, some misconceptions need to be addressed.

It has been claimed that the Heritage Act was written by and for cultivators and there has been little community input. Opposition voices suggest that Measure AF only reflects the narrow interests of a few people, rather than the long, civic process to gather many points of view that actually took place.

Starting over two years ago many elements of the community came together to claim a seat at the table for the creation of laws and ordinances regulating the cannabis industry.

Numerous public meetings were held at the various Granges, at Harwood Hall, at Healing Harvest Farms and elsewhere in Boonville and on the Coast.  These meetings included farmers, nursery owners, dispensary owners, edible, tincture and concentrate manufacturers, distributors and transporters as well as stakeholders from the general agricultural, wine, tourism, real estate communities, as well as the legal arena. These meetings were open to the public for anyone interested.

Within county and state government, there were many meetings with the Farm Bureau, various County Supervisors, as well as County Council, County CEO, the Sheriff, the Ag Commissioner, State Water Resource Board and State Water Discharge agents, Board of Equalization officers, and even the Black Tail Deer Association.

Members of the pro-Measure AF community have written letters to the Board, to newspapers and appeared at public Board meetings. We have been interviewed on numerous radio and television programs and have established a presence on Facebook, Instagram, YouTube and other websites.

After years of work collecting feedback for the content of our Initiative, a team of people wrote the language, had it checked by legal experts, ran it by County Counsel, and then gathered over 4,000 signatures from citizens who want to vote on this issue. With a Yes on Measure AF,  community involvement is guaranteed. The other option is to allow only four (4) Supervisors (one recused himself) to make the decision for us. Four people who seem to be against protecting the very industry which brings in more than half of Mendocino county’s annual revenue.

These same Supervisors have had since January 2015 to craft a comprehensive cannabis regulation ordinance.  So far they have come up with the same old 9.31 program, only even more restrictive.  This, while surrounding counties are increasing cultivation limits in their regions.  In our county, however, new proposed ordinances, do not include any mention of the seven non-cultivating categories of the cannabis industry identified by State Law.

The Board was presented with copies of the Heritage Act in April as part of our outreach for dialogue and as a blue print for going forward. They never responded. In American politics it is standard practice for an industry to work with legislative bodies, submitting legislative drafts, lobbying and making campaign contributions. Who better than industry experts to consult in writing regulation? What industry ever asks for regulation, as we are doing?

But let’s talk about what Measure AF will do.

It will bring all aspects of the cannabis industry into compliance with all the State designated Types of cannabis enterprise.

Measure AF assigns each Type of activity to its appropriate Zone.

Measure AF defines cannabis cultivation as an Agricultural Crop, thus moving it out of the nuisance category in the county code. This means that cultivation will be confined to zones of the county where Row and Field Crops are currently permitted, subject to numerous inspections and restrictions. It will be predicated on first obtaining permits from various county agencies tasked with protecting the environment in state law. The old 9.31 law had no Zoning restrictions.

It assigns the county Agriculture Commission the authority to inspect farms, which is exactly what their job is, and what they are trained to do. This will free up the Sheriff’s Department to what it is best at, protecting public safety. Other agencies such as Planning and Building, and Health and Human Services will be inspecting manufacturing facilities, dispensaries, etc. In fact there will be many more state and county agencies monitoring the industry than the understaffed and overworked Sheriff’s Department.

Measure AF states that, once passed, the Act can be amended by the Board of Supervisors. It is not written in stone.

Measure AF establishes a Cannabis Advisory Commission to assist the Board of Supervisors in further creating sensible, equitable cannabis policy for the county and in tracking the economic impact of the evolving cannabis industry.

Measure AF protects the small grower, the economic backbone of the county, with a Micro Business category that the state is also creating. State law declares that the number of one acre (208 feet x 208 feet) grow sites will be limited, with which the county permit process concurs.

Measure AF allows for fines, and an appeal process for anyone caught in a code violation, just like any other legal business activity.

Measure AF restricts manufacturing with solvents to industrial areas, where it should be, and dispensaries are confined to commercial areas. This all makes common sense.  State agencies are currently drafting specific regulations for these activities.

Measure AF establishes the same setbacks as state law, but these limits can be changed by a majority vote of the Board.

Measure AF creates a 2.5% tax on gross receipts from all types of cannabis enterprise.

Remember that before now, the cannabis industry has not been regulated at all. The way to protect the environment is to regulate the industry through the agencies already given that job. Measure AF will do just that.