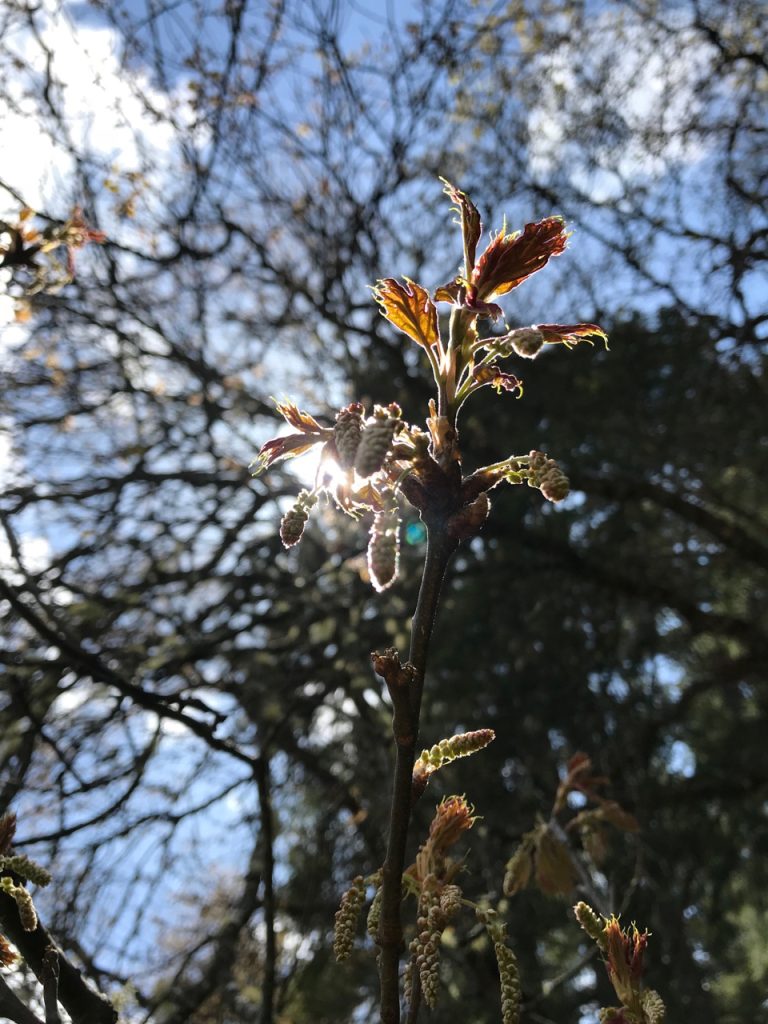 For at least 40 years, land value in Mendocino County has been primarily based on one’s ability to grow cannabis. The price per pound of flower was nearly four thousand dollars in the 80’s and 90’s, and land was less than $1000 an acre. That meant a grower could pay off a mortgage on raw land in just a few years. As a result, land values steadily rose, bringing increased tax money to the county. Most cultivators plowed their profits into building homes and developing their land, which became their life savings. 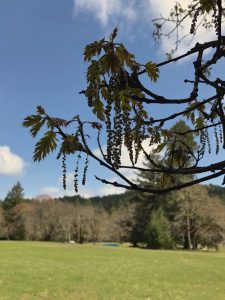 Now, because the barriers to legalization are so complex and expensive and the taxes are so high, many long time cultivators are realizing there is no longer any profit in cannabis farming. Some are trying to sell their land, but with so many properties coming on the market, prices are rapidly falling. The first question from most prospective buyers is: “Does the parcel have a permit?” The regrettable answer, depending on the zone, is usually, “No, the permit goes with the farmer.” The sale does not go through.

Do those landowners who never even grew cannabis understand that their land is no longer worth what they thought? Will they have an underwater second mortgage?? Because in Phase One of Mendocino’s Cannabis Cultivation Program, if one owns a parcel in Range Land, Timber Production Zone or Forest Land and they cannot prove that they grew there prior to January 1, 2016 and they do not get a permit before December 3, 2018, neither they nor anyone else will ever be able to grow commercial cannabis on that parcel. The value of 75% of county land is thereby summarily decreased without a public hearing or the opportunity of an appeal. In an economy based on private property, this would seem to be illegal.

What the Board of Supervisors has done, (or rather the LACO CEQA report has done) without any special hearings, without public input, simply on the basis of the unchallenged LACO Environmental Impact Report, is to create three whole new Zones in Mendocino County that is: RL, TPZ, FL With Cannabis Permit (RL-WP, etc), as opposed to RL, TPZ, FL Without Cannabis Permit (RL-WO/P, etc.). By doing so, nearly three quarters of the available land in the County has been arbitrarily devalued, because law-abiding citizens never grew there.

But it is even worse for the potentially permitted cannabis cultivator. The law states that when the parcel on RL, FL or TPZ is sold, the next owner will not be able to grow cannabis there. All the enormous investment and permit fees to become compliant are non-recoverable, because the cultivation permit extinguishes with the sale of the property. This does not happen with a restaurant once it has been vetted and permitted to be a commercial kitchen and then sold, or to a bar, once it is permitted to operate in a specific Zone. Nor does it happen with a residential dwelling once it has been permitted and then sold. Imagine having to obtain new building permits every time a home was sold! 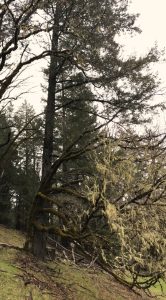 Here is really the biggest issue: Permits. Does the permit go with the land or with the grower? According to the Mendocino Cannabis Ordinance, it is granted to a person, must be renewed annually and is non-transferable. This mindset is a product of the stigma formerly associated with “pot farmers,”  portrayed by mainstream media as “outlaws.” Cannabis is legal now, and a recognized agricultural product and medicinal herb. So what is now actually being permitted?

In reality, in applying for a cannabis cultivation permit, it is the land that is being vetted for a use and that use is for agriculture. The county policy is that “agriculture is to be encouraged and protected.” According to California law, Cannabis is an “agricultural product”, and R, FL, TPZ are “specifically classified…[for]…”agricultural and….related activities,” particularly for “Row and Field Crops,” among other permissive uses.

To allow this agricultural use, the land and cultivation site are inspected for zone compliance, property line and school setbacks, fencing, locks and buildings— all land use issues permitted by the county. It is the land that is registered for legal water source and for the water discharge waiver. It is the roads, springs, streams, ponds, and slope gradient of the garden that are registered with the State Water Resource Control Board and the Department of Fish and Wildlife. The only qualification for the farmer in Mendocino’s Phase One, is to have grown previously, have no felony conviction, show proof of ownership of the land or permission to grow on it.

It is indeed the land that must fulfill these numerous conditions, not the grower. Once the land has been certified and its ecological impact is known, what difference does it make who actually does the farming, as long as that person conforms to Best Practices? Even if the farmer changes, the farm and thus the ecological impact will be the same. No new farm has been added to the county inventory. No expansion has occurred.

To my mind this is the most important issue confronting the pioneer farmers in Mendocino, who have long been the economic backbone of the County. It is estimated that at least half (probably much more) the total revenue coming in to Mendocino County is from cannabis sales and concomitantly cannabis produces at least half of the jobs, as well as half the bottom line of virtually all business and contractors in the County. 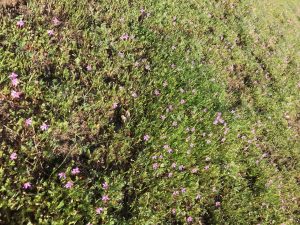 The outcome of this permit policy is to devalue most of the real estate in the County. It denies the cultivator the fruits of their decades long labor. Unable to grow cannabis and unable to sell their land, farmers face missed mortgage payments and bankruptcy which translates to abandoned parcels, as well as mental health problems and domestic violence, as people literally go broke. Is this the fate of the estimated 9,000 cannabis farmers in Mendocino?

Thus far barely 10% of growers in the whole Emerald Triangle have even applied for a cultivation permit, and fewer than 1% have actually been blessed (or is it cursed?) with a Temporary Permit. How many of these Temporary Permits are on RL, FL and TPZ? At the moment about 400. If all four hundred cultivated 10,000 sq. ft. (the county’s maximum size garden),  less than ¼ of an acre, the total would be 100 acres, In a county of 1,784,126 acres!  (According to the LACO Environmental Report.) Does this really represent an environmental danger?  Even if all 9,000 supposed cannabis farmers grew ¼ of an acre, the grand total would be  2,250 acres, or 1.2 % of the available land in Mendocino County.

Most applicants are investing 50 to 100 thousand dollars in the compliance process, and many have been denied in the last instance by the SWRCB or DFW over water rights. The 8,000 other cultivators are watching very closely what happens to those of us who are in the permit process. Why should they come forward? Even with a permit, the taxes wipe them out and then they can’t even sell their land because the new owner won’t be able to get a permit.

Our neighboring county of Humboldt does allow the transfer of a cultivation permit when the land is sold, with the payment of a fee. At the very least, once a parcel has been vetted and permitted for use in cannabis cultivation, if it is sold cultivation could continue with an Administrative Permit. This would give the county and the neighbors a review process, but not summarily abate the cultivation permit.

The other outcome of the “extinguishing permit policy” is the skyrocketing value of the Zones where new grows will be permitted: on AG land, Upland Residential -40 acres and Rural Residential -10 acres. Curiously the latter two are called “Residential,” yet they are designated the “cannabis cultivation zone.” But together these three zones comprise only 5% of available land in Mendocino County.  So what happens to the formerly permitted grower who has sold his or her land, but is supposedly still eligible to apply for a permit the next year (but not allowed to take a year off)? The only land available for a new grow would be on the now extremely valuable Ag Land, UR-40 and RR-10, putting it out of range for everyone except big business.

If so few parcels will actually be permitted, what will happen to the other 8,000 plus growers? Will there be mass arrests and wholesale destruction of valuable medicinal cannabis crops? Many growers I talk to see no upside for trying to come into compliance because that would trigger so many inspections, fees, taxes and professional consultations. The very livelihood of 8,000 county citizens is seriously threatened by the measures being imposed, offering no incentive for the vast majority of growers to apply for a permit.

Sec. 10A.13.030, Findings. “The Board of Supervisors of Mendocino County finds that it is in the public’s interest to preserve and protect agricultural land and operations within the County of Mendocino and to specifically protect these lands for exclusive agricultural use.”

AGRICULTURAL LAND. Shall mean those land areas of the County specifically classified and zoned as Agricultural, Rangeland, Forestland, or Timberland Preserve within which agricultural, timber growing and related activities are to be encouraged and protected.

AGRICULTURAL OPERATION. Shall mean and include, but not be limited to, the cultivation and tillage of the soil, animal husbandry, the production, cultivation, growing, harvesting and processing of any agricultural commodity including horticulture, timber or apiculture, the raising of livestock, fish or poultry, and any acceptable cultural practices performed as incident to, or in conjunction with, such farming operations, including preparation for market, delivery to storage or market, or to carriers for transportation to market.