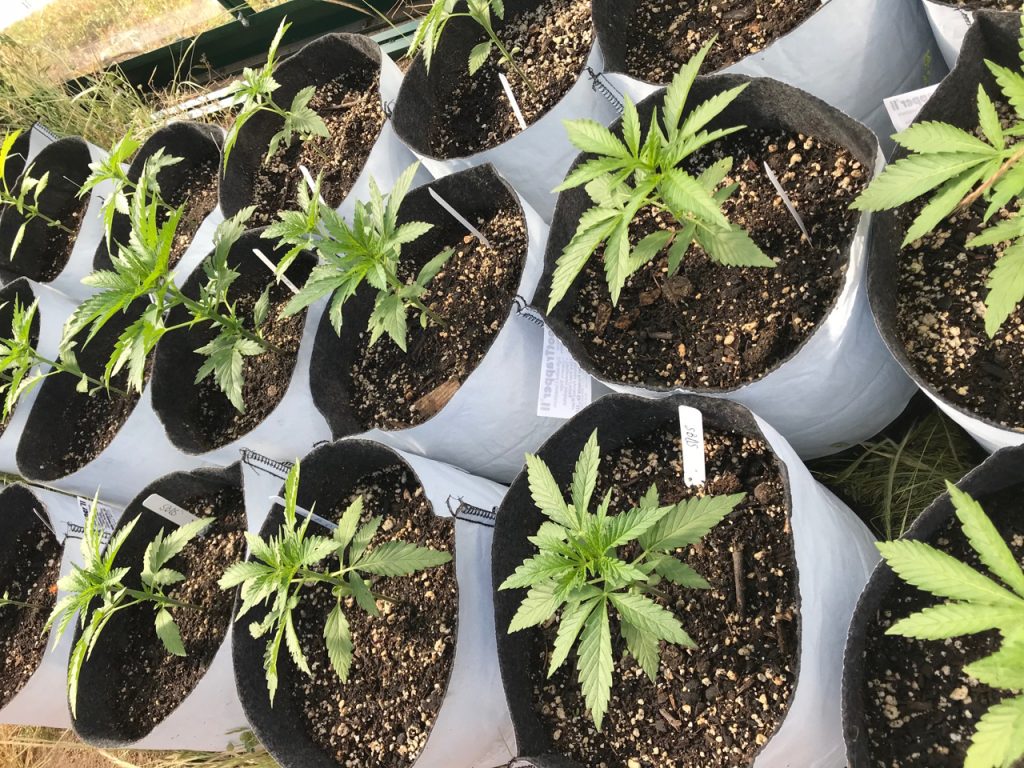 Since the 1980s, when the lumber industry was curtailed due to its long term environmental degradation of local forests, cannabis farming has been the economic backbone of Mendocino County and the rest of the Emerald Triangle, surpassing all other agricultural products in revenue generated. Yet, there are no real numbers on the scope of this industry. In this moment of drastic transition in the cannabis world, both for the Mendocino Cannabiz and for the cannabis community as a whole, it is important to look at just what we stand to lose if the the laws and regulations do not change.

Just how big was the local cannabis economy? How important was this market to the health of the county? With fewer than 2% of the estimated 10,000 growers in the county granted Temporary Permits from the County, what will happen if all the pioneer cultivators stop growing, move away or are arrested for illegal grows? Will the Black Market survive or disappear?

To get a perspective on this developing economic crisis we need to review the recent past. In 2005, The Willits News estimated that the cannabis crop was worth in excess of $1.5 billion, based on 155,000 plants the Sheriff’s Department claimed to have eradicated. 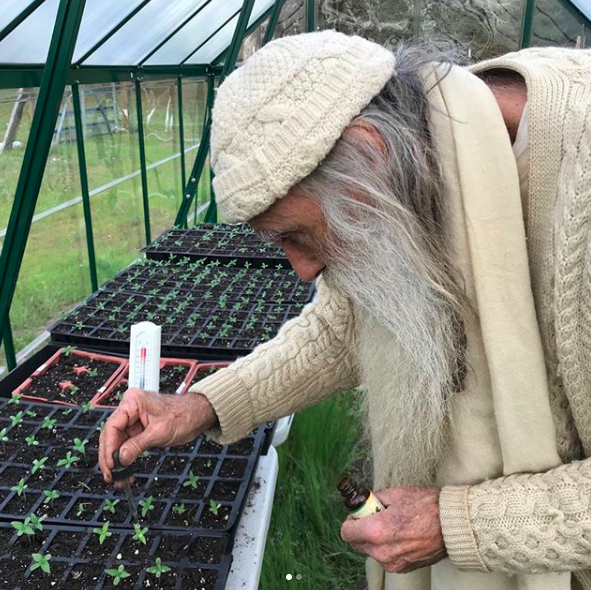 In 2010, a Mendocino Grand Jury questioned the Mendocino County Sheriff about the number of marijuana plants in the county. He testified that he had eradicated 541,000 plants in 2009, most of them outdoors. Under further questioning, he estimated that that was 10% of the total number. According to this testimony then, there were over 5.4 million cannabis plants in the county in 2009. For simple math, if we assume that each plant yielded one pound of manicured flower, and that the wholesale price was $1000 a pound, we get 5 million pounds of dried flowers at $1000 per pound, which equals $5 billion annually! (These are low-ball numbers. Cannabis flowers typically average two pounds per plant and the price in 2009 was closer to $2000 a pound.)

If we assume that there were, until recently, 10,000 cultivators in the county growing five million plants that would mean each farmer grew 500 plants. More realistically, if each grower actually had 100 plants there would be one million plants and the total revenue would be between one and $2 billion.

Even if the Sheriff’s numbers were off by a factor of two or five, it still points to at least a 1.5 billion dollar cannabis industry in Mendocino County in years past. Note that this income was from wholesale cannabis flowers alone. Now, with the price at $500 a pound, and perhaps as many as half of the smaller farms shut down, potentially only half a million plants will be harvested in 2018, producing between $200 million and $50 million and $500 million on the black market, a fraction of the billions in previous years.

For the permitted legal market the numbers are even smaller. With the current estimate of approximately 200 temporary permitted farmers, if each grew the maximum 10,000 sq. ft. (less than ¼ of an acre) area with about 200 plants of two pounds each, the total yield would be 80,000 pounds. At $500 a pound this would garner $40 million.

How does cannabis revenue compare to other crops? According the the Mendocino Economic report for 2014 the highest earning agricultural crop in the county was wine grapes, bringing in about $94 million. Timber harvest was about $75 million. Total revenue from all agriculture and timber combined in 2014 was about $215 million. Thus, in previous years, the sale of cannabis flowers alone generated somewhere between 10 to 25 times the revenue of the rest of agriculture, but cannabis was not even listed in the Mendocino Economic Report.

The other revenue streams in Mendocino come from tourism, which annually brings in about $361 million and from manufacturing, which generates $785 million. Tourism, manufacturing and all agricultural revenue combined amounted to $1.36 billion. That is equal to the lowest estimate of annual cannabis revenue, prior to 2018.

Further economic benefit was derived from local manufacturers of value added cannabis products, such as edibles, salves, ointments and tinctures, as well as numerous forms of concentrates. In addition, there are several retail outlets in the County that provide recreational cannabis as well as essential medicines in myriad forms to numerous patients and customers, many from out of county and out of state. These retailers provide jobs and pay taxes. Retail outlets, nurseries and the black market sell seeds, seedling starts and clones. Seeds were about $10 each, clones about $15 and female seedling starts about $40 each.

Cannabis farmers, by and large, live in the County and spend their money here. Economists estimate that black market cash circulates at least seven times around the community before leaving the county. Most of the billions of dollars of cash revenue generated by the cannabis industry were spent in Mendocino on food, clothing, mortgages and rents, vehicles, building materials, household goods and numerous other consumer items, as well as all the goods and services needed to grow cannabis. Every shopkeeper, every supermarket, every carpenter, electrician, or plumber, nursery owner and auto dealer owed their profit margin to cannabis growers’ consumer prowess. These days, local businesses report sales reduced by 50 to 70 percent from one year ago and numerous store-fronts are vacant and for lease.

For many years, real estate values in Mendocino have been directly tied to the cannabis industry and to water availability. While higher real estate values due to cannabis cultivation may have prohibited some low income buyers from living here in the past, the resulting higher property taxes supported the schools, maintained the roads and paid for other county services. Ironically, as a result of the current excessively stringent County and State regulations which are stifling the cannabis industry, real estate values are dropping rapidly. Many former growers have ceased operations and have put their properties on the market. Realtors are telling prospective buyers to wait a year — the prices will fall even further. So while real estate listings are at an all time high, actual sales are at an all-time low.

To complete the estimate of the economic benefits of cannabis farming, one must consider the jobs it creates or has created in the past. Growing cannabis is labor intensive. In canvassing numerous farmers, it is estimated that for every 100 plants grown, at an absolute minimum, one farm laborer is necessary, more likely two, year round. The greatest demand is in April-May for soil preparation and in September through November for harvest. If the total number of plants in Mendocino is five million, then there would be 50,000 workers; if it is only one million plants, that would still be at least 10,000 jobs (more likely twice that) working in the cultivation of flowers.

Impossible, you say! The whole population of the county is currently estimated at 88,000. The Mendocino Economic Report states that the entire (that is, non-cannabis) county labor force in 2009 was 43,450 jobs held. A careful analysis of this report reveals that 60 percent of those jobs are in services. (Note: job numbers do not accurately reflect population numbers because one person can have two or even three jobs.) Many cannabis jobs are performed by family members, supplemented by the use of immigrant casual labor, the “trimmigrants.” This seasonal workforce nearly doubled the local population in the summer and fall.

Cannabis work entails such jobs as fence building, turning the soil, planting cover crops, harvesting and composting same, starting seeds or making clones, transplanting several times, fertilizing, watering, compost tea making, erecting trellises, yellow leafing, harvesting, hanging cuttings to dry, bucking, trimming (the most labor intensive), bagging, weighing, storing, packaging, labelling and transporting. The average pay in the past has been between $15 and $20 an hour, way above minimum wage. Many more well paying jobs have been created in the value added manufacturing and retail sectors. In the past, cannabis businesses alone have employed more people than all other business entities in the County put together!

No matter what the actual numbers really are, it is abundantly clear that the economic prosperity of Mendocino County is dependent on the health of the cannabis industry. It is also abundantly clear that the strict regulations and high taxes in the new cannabis world order are decimating the cannabis economy of Mendocino County. If there really were 10,000 growers previously, to date only 200 have been granted temporary licenses, fewer than 900 even applied. Thus the number of revenue and tax generating farms is a mere 2% of the previous total, while an unknown percentage of cultivators have stopped growing altogether. Tax revenues from cannabis are so low that far from balancing the budget, they barely cover the cost of the new people hired to run the programs, on both County and State levels. 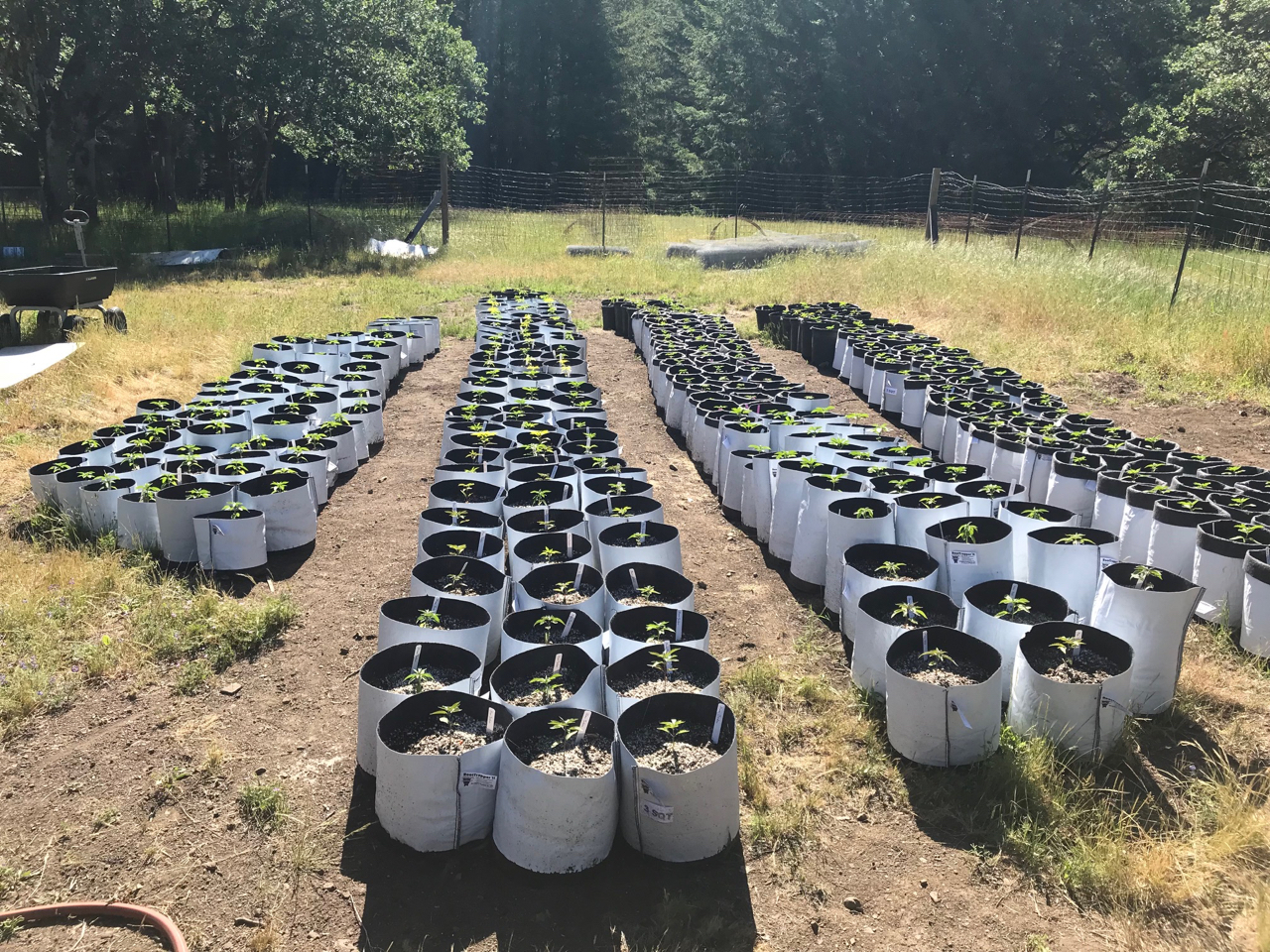 If this were any other industry, an industry that generated more revenue than all other sources combined, one that created more jobs than all other industries combined, an industry that was a major tourist attraction, one that did not have the stigma of 70 years of criminalization and persecution—then we would be offered tax discounts, zoning variances, lax and unenforced regulations and other enticements to attract our businesses to the County and keep it from going elsewhere.

On the contrary, the actions of the Mendocino Board of Supervisors, the SWRCB, the DFW, and most of the other regulators, inspectors, and enforcers seem designed to force all of the cultivators and home kitchen manufacturers out of the mountains and into bankruptcy. A multi-billion dollar industry, enabling tens of thousands of small time entrepreneurs to live a comfortable middle class lifestyle, is being destroyed through the petty vindictive program of the same powers who have persecuted the cannabis community for decades.

As it is, there really is no incentive for any of the old-timers, the pioneers in the cannabis world, to spend the money to come in to compliance. They may well have to borrow large amounts of money to pay for the permits, to pay the consultants and taxes, and to cover the costs of distribution and testing. When they add it all up, the numbers come up deep in the red. Other than the threat of jail, why would anyone sign up just to go into debt and lose money, lose business, lose house and home? Ninety percent of the Emerald Triangle cannabis entrepreneurs are still willing to take their chances on the Black Market. We’ll see how it goes for the few of us who are doing it legally.