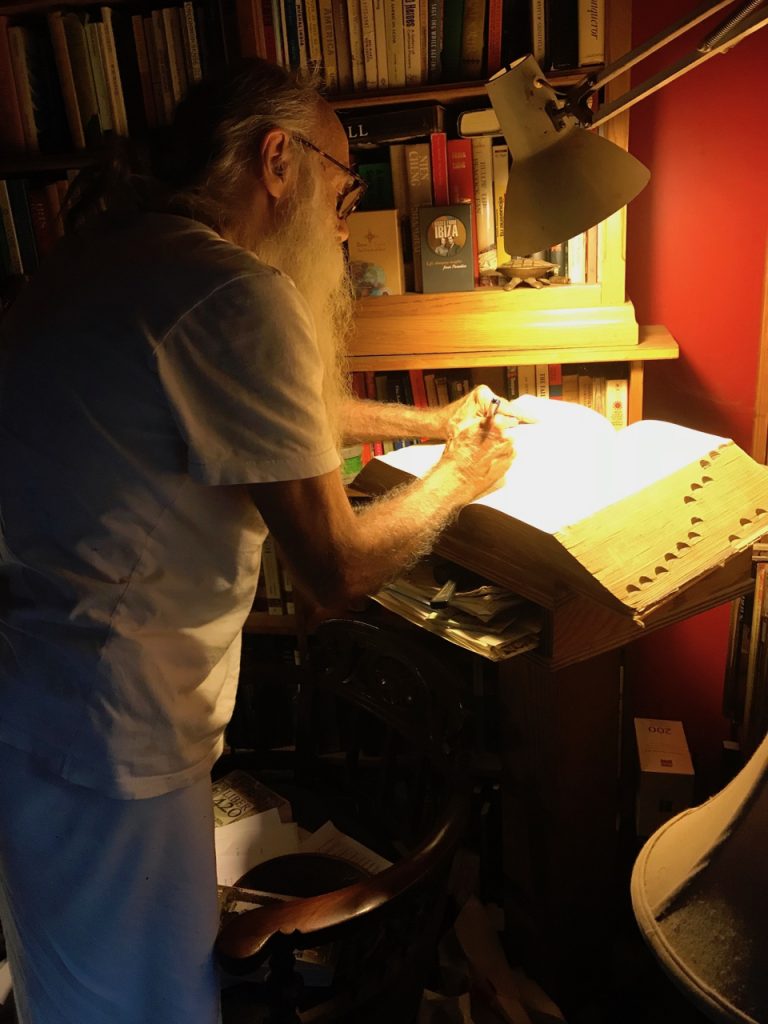 Over the years, as part of the underground nature of the the cannabis culture, we have developed our own vocabulary to talk about the flower, cultivation and breeding. As the scientific world enters more and more into the cannabis world, there is a realization that each group has different words to talk about the same things. In order to carry on an intelligent conversation with scientists, we need to start using the same terminology.

The first big forward motion occurred years ago when the Movement decided the only use the word Cannabis in reference to our magical herb. For speakers and writers, of course, this was a severe limitation, because there are so many colorful slang and code words for cannabis.

But, at the time, only saying “cannabis” became a totally necessary verbal discipline so as to raise the level of the discourse. It was necessary to move away from images of the devil’s weed in the stoner drug culture to a consideration of the phenomenal medicinal and spiritual aspects of the plant. Imagine if people used terms like “hooch,” “booze,” “rotgut,” or “moonshine” when trying to have a serious unbiased conversation about alcohol.

Another advancement came when we coined the word Sungrown to distinguish outdoor cultivated cannabis in a positive way from indoor, which at the time was considered better because it cost more and had more bling.

In the old days, most of us had never heard the words Indica or Sativa, much less Ruderalis. Cannabis Indica is the genus, the general label or rubric for all varieties or cultivars of the plant. Then, we find out that sativa simply means “cultivated” or “useful.” In fact, the word is used for numerous other herbs. This means that sativa it is not exclusively used to denote narrow leaf cannabis plants coming from tropical countries producing a heady high. Rather, sativa indicates that, for humans, cultivated cannabis – including hemp – is the single most useful plant on earth due to its variety of uses, the abundance of its biomass and the potency of its medicinal effects. The meaning of ruderalis in relation to cannabis is probably more like “feral,” as in a variety escaped from a nearby cultivated area and crossbred on its own “in the wild.”

Our cannabis vocabulary continued to grow when potency testing was introduced and everyone began to talk about THC percentages. Then, came CBD percentages and, from there, the dialogue expanded to include the interplay of CBD to THC ratios in a single cultivar. As we learned more about cannabis, knowing whether a cultivar was a Sativa or an Indica didn’t really give us much information other than the relative size of the leaves. Further, nearly every cultivar in use is to a greater or lesser extent a hybrid. It became clear that narrow leaf plants (so called Sativas) can produce similar THC to CBD percentages to wide leaf plants (so called Indicas), although certain genotypes will produce unique proportions of some of the lesser known cannabinoids. Now there are debates about the importance of CBG-A and THCV-A, CBN and CBC, ad infinitum.

The medical world was stimulated by the discovery that the body produces endocannabinoids, (anandamide: the bliss molecule) and 2-GA (the body equalizer and inter-organ communicator). Now, thanks to the work of Dr. Raphael Mechoulam and his team, tthere is now awareness and continued exploration of the ”endocannabinoid system.”

As farmers produced better and better cannabis flowers, and as those flowers’ fragrances blossomed, discussion turned to terpene profiles. Turns out that there are tens of thousands of different terpenes found in nature in both the plant and animal worlds. Many people can even list ten or so terpenes commonly produced in cannabis flowers and what they smell like. Myrcene, limonene, linene, beta-caryophelline, linalool, humulene, just to name a few. Some informed people began to speak of an “entourage effect,” others preferring the “ensemble effect,” descriptive of the interactions due to differing proportions of an infinite variety of the over 500 compounds which have been found in cannabis plants.

It has also become clear that the varied and colorful “strain names” do not necessarily accurately delineate the true genetic heritage of the sample.
Technically speaking, in the world of science, strain refers to a microorganism such as a virus, fungus or bacteria. The proper word is “cultivar,” which stands for a “cultivated variety, “variety” here meaning a naturally developed genetic variation. The word “varietal” is used in talking about types of wine grapes, such as Merlot, Cabernet Sauvignon or Zinfandel. Different cultivars have different genotypes and a single genotype may have several phenotypes. That is why the resulting plant will look different, but be genetically the same.

Cannabis seeds produced by the male pollination of female plants are each unique, because they express characteristics of both parents. Much like humans, a given plant may also express a recessive gene from a grandparent or great-grandparent from either side. In the breeding process, cannabis people talk about “stabilizing a strain” over several generations. Horticulturalists, similarly, note that a cultivar “breeds true,” meaning the desired characteristics appear in the next generation.

When the California Department of Food and Agriculture was mandated by MAUCRSA to develop guidelines for appellations for cannabis, everyone ran to the dictionary to find out what Appellation of Origin, a French term, meant. Much like intellectual property, Appellation of Origins, serve as geographic indicators. They are most commonly used when discussing traditional products with deep-rooted regional origins, such as wine and cheese. This term led the cannabis community to another French term: terroir. Meaning more than soil, terroir references the complete environment in the cultivation region. The air, the weather, the surrounding flora and fauna. In France, terroir even insinuates the culture in which a item was produced, as often families have passed constructive knowledge from generation to generation.

Two other frequently used words are organic and sustainable. There doesn’t really seem to be a hard and fast definition of sustainable and many businesses throw the term around irresponsibly. What does sustainably harvested or sustainably grown really mean? I have my doubts that there are very many cannabis cultivators whose operations are truly sustainable in the sense that they use nothing imported from off site, that they produce all the amendments and nutrients on their own farm. For instance, is the farm petroleum free?

As for organic, many critics say the designation does not go far enough. Strictly speaking “organic” simply means that the item in question contains carbon, as in Organic Chemistry. Everything in the plant and animal kingdoms is essentially a carbon based organism. As a cannabis farmer, one cannot claim that one’s goods are “certified organic”, but you can say that they were grown using organic methods. Nonetheless, organic does not mean “pesticide free”, because there are organic pesticides.

Everyday, our dictionary continues expanding. Now, our cannabis lexicon has grown to include regenerative agriculture, intellectual property, biodynamic, rhizosphere and mycorrhizae, beneficial microbes, arthropods, aerobic, anaerobic and then some.

Thanks to cannabis, our study of vocabulary – an act which brings with it greater opportunities for deeper conversations and, thus, more dynamic collaborations – never ends.