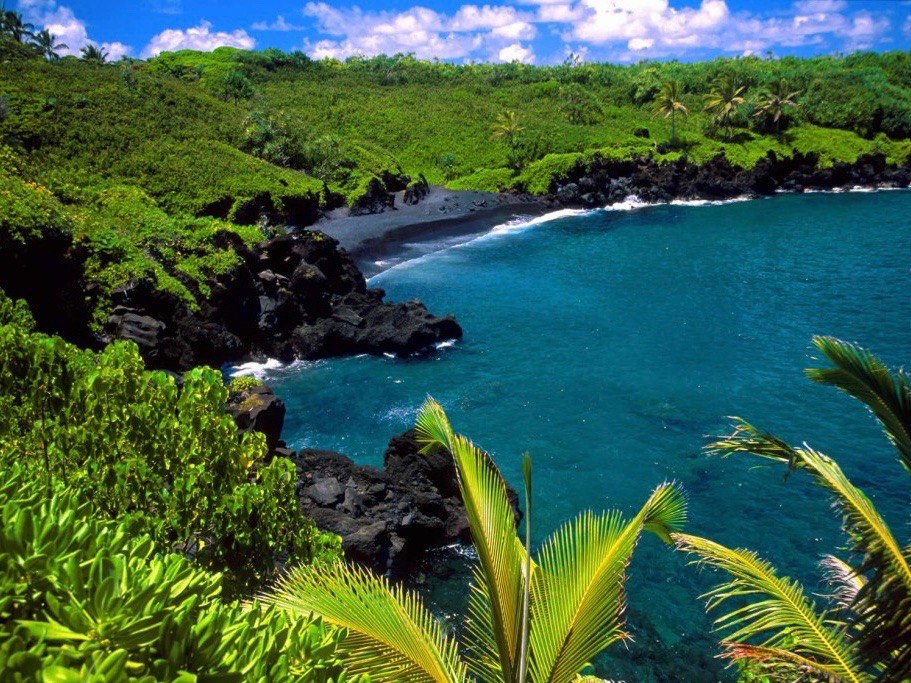 Our friend Will Grinnell of Sticky Finger Seeds in Maui is visiting us now and the stories of what is going on over there in the world of cannabis are outrageous. They make Mendocino look practically lenient and accepting. It seems that in the land of Maui Wowie, where everything appears so laid back island-style, there is a nasty undercurrent of big business taking over the industry.

Like Mendocino County, the Hawaiian islands have been home to proud underground cannabis cultivators for generations. Also like our Mendocino County, Will recounted familiar sounding stories of helicopter raids and gunpoint enforcement, except that in the Islands it is the Health Department with an armed division that does the work. Just like here, the lifestyle and livelihood of local small farmers are in jeopardy and run the risk of extinction.

Will told us that as of a couple weeks ago, dispensaries will at last be opening on Maui after a multi-year struggle to get the necessary permits. However, it seems, this is nothing to celebrate. Only two dispensaries are allowed on the entire island and both will be run by corporate giants. One, in fact, is a partner of Monsanto, who has already patented the first genetically modified strain of marijuana. That is scary sh*t.

One of Monsanto’s world headquarters is situated on Maui as it is perfect spot to perform unmonitored open air GMO testing of pesticide cocktails. It is said they release “super bugs” to test levels of pesticide effectiveness. The Shaka Organization authored an Initiative last year to fight the Big M. Enough signatures were easily gathered to get it on the ballot and the Initiative went on to win with 30,000 votes against Monsanto.

It requires Monsanto to cease testing all genetically modified crops until independent safety and environmental impact studies by a third party are undertaken and completed. However, not a big surprise, Monsanto has yet to comply and the Initiative is being held up in court with various challenges. It is clear whoever has the most money wins in that game. Yet there must be another way. The grassroots movement on Maui continues to do their very best. I have nothing but respect for them and their struggle.

So as of now, a Caregiver on Maui is allowed to grow 42 plants on each separate parcel. That number covers seven Caregiver “cards” with six patients per card. However, you are only allowed to either smoke it all yourself or else give it away to your patients. I believe some small compensation can be declared for soil amendments and the like, but not for your time. This set-up assures the continuance of a healthy black market.

Meanwhile, the two brand new big bucks dispensaries on Maui are required to be completely “closed loop”, or vertically integrated. That means they grow all their own flowers and make all the products such as tinctures, edibles, concentrates, etc.. They will never buy from small independent farmers.

I can’t imagine only being able to have cannabis that is all grown by the same people, same conditions, same strains, year after year. After sampling hundreds and hundreds of entries at The Emerald Cup every year, I can honestly say that I love the differences! Where would we be without variety, both for medicinal and inspirational uses? It would be like listening to only one type of music when such diversity exists. Or like only being allowed to drink Gallo and Mondavi wines. Or like a world without micro-breweries. There would only be Bud and Coors.

As we continue to fight for our rights here in Mendocino County, I will now also send good vibes across the Pacific to our brothers and sisters in Hawaii. Their roots are as deep as ours in the evolution of modern post-hippie cannabis. Pakalolo has been around as long as Hindu Kush from Mendo. Bravo to all the fine Cannabis Cultivators of Hawaii. I honor you.

May you come to full flower in every way soon. Aloha.