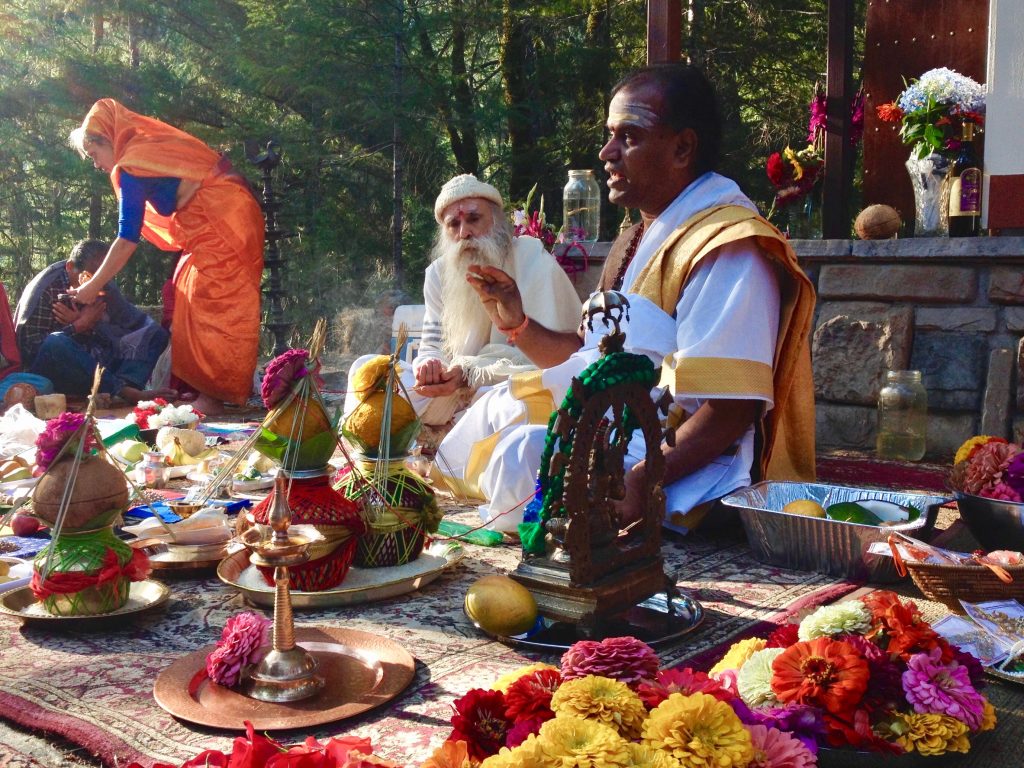 The following was written in response to a letter I recently received, which questioned the use of cannabis within Hinduism & making a living.

In your email you bring up an argument that may well have been going on for thousands of years. First and foremost, however, remember that Lord Siva, who is Lord of Yoga, drinks Bhang. This to me registers as Divine Sanction.

Furthermore, many sadhus start the day smoking charas mixed with tobacco in their chillums. During the annual festival of Holi, entire villages partake of pastries made with ganja paste or bhang.

Surely the texts you quote do condemn intoxicants, but one must consider the true meaning of intoxicant. The root word is toxic, which means poisonous. Many “drugs” are toxic in that overdoses are lethal. They impair one’s faculties and even if they are not fatal, they destroy lives.

The negative view of cannabis is the result of 70 years of false propaganda from the federal government, portraying this magical herb as the devils’ handwork.

Cannabis is not toxic. Rather it is healing medicine, a wellness tonic, and an inspirational elixir.
Cannabis heightens one’s awareness, raises one’s consciousness, increases one’s compassion and understanding of fellow humans. It is not a downer, rather it increases concentration and focus.

Rather than being an impediment to sadhana, cannabis can enhance one-pointedness in meditation, and can trigger a different awareness of and greater relaxation of the body.  It can also inspire creative asanas.

In the Rig Veda, there are many hymns or mantras praising Soma as the Drink of the Gods, with descriptions of the glorious effects of the libation.

There is a wonderful book by Chris Bennett, Cannabis and the Soma Solution, which delves into the question, “what was Soma made with?”  He presents a very convincing argument that the main ingredient of Soma was Cannabis. He further demonstrates that many other spiritual traditions also used cannabis as a stimulant to Divine inspiration.

At certain times and places attempts were made to confine its usage to the priestly caste, but the sacred herb continues to defy attempts to deny its Divine Origin. There is even a mention in the saga of the Churning of the Milky Ocean that as the Gods were flying away over the Himalayas with the Kumbh of Amrit, two seeds of Ganja fell out. One was male and the other female, Shiva and Shakti, and from them the blessed sacrament bloomed.

It is not coincidental that our bodies make cannabinoids, called endocannabinoids, and that there are numerous nerve ending receptors which specifically connect to these molecules. One of the endocannabinoids is called anandamide, from the Sanskrit word for bliss, which seems to be essential to our feeling of well-being. Scientists are even speaking of an entire endocannabiniod system, since every organ in our body contains cannabinoids. One of the highest concentrations of endocannabiniods is in mothers’ breast milk, passing on immunity and bliss to the next generation.

Finally, ritual use of cannabis smoke and drink has been unearthed by archeologists in caves and burial sites dating back thousands of years.

It is part of my Seva to restore cannabis to its place as a spiritual ally and sacramental ritual elixir. In our garden and home, we invoke Ganja Ma, (a form of Rajarajiswari) Goddess Protector of Cannabis, with puja and mantra, placing the seeds for the coming year in her lap for a moon cycle to be imbued with her blessing and healing, inspirational power.

We continually strive to maintain the purity and sacred intention of our Flowers. In order to carry out this mission, we need to accept monetary contributions, because it is quite costly to grow in this manner. As offerings are made to a temple, a priest, a teacher, or a doctor, medicine growers need monetary support from those who are benefited by the blessings of the Goddess of Cannabis.

We live a simple life, filled with friends and many blessings.