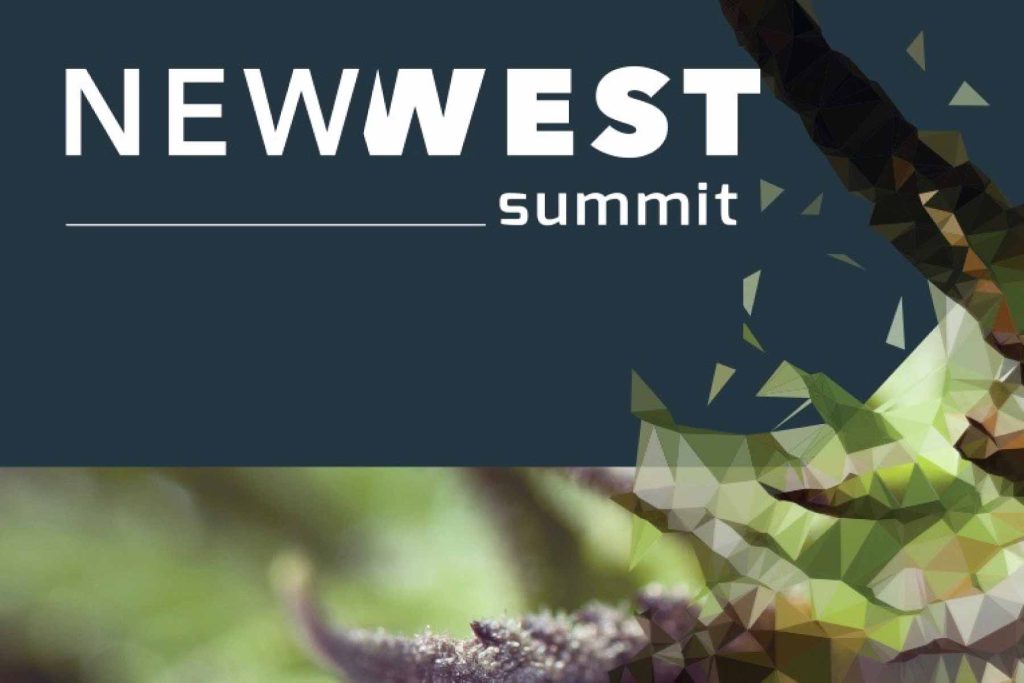 It seems like an oxymoron – how can the words: Biz,Tech, Media, and Cannabis, all fit in the same sentence? Yet it really worked and came together at the first New West Summit, held this past weekend at the Parc 55 Hotel in downtown San Francisco. We were invited to be on a “Marketing and Branding” panel Saturday afternoon, so we put on our city clothes and headed on down to the big city.

All I can say is, cannabis has come a loooong way. The Parc 55 is a 4-Star luxury hotel in the heart of it, and the New West Summit took over the whole Fourth Floor. Business suits mixed with blue jeans. There was a sprinkling of a few rustic farmers and even the “token hippie” Crystal from True Humboldt Sun Growers Guild, who proudly sported tie-dyed pants and her long dreads. It takes all kinds – not to mention the guy in the white skirt and the long white beard – oh, that was Swami!

According to Jude Thilman of Dragonfly Dispensary in Fort Bragg, who had a booth featuring their Bhutan™ products and information, compared to the Marijuana Business Conference and Expo in Las Vegas the weekend before, this was mellow and sweet. Certainly the main topics I overheard all around me were about start-ups and money and funding, and business cards were being exchanged everywhere, yet the mood was friendly and curious. We missed all day Friday unfortunately, including the Pato Banton dance concert (which I understand was quite a smoky event once the lights went down in the main hotel ballroom). By the time we arrived Saturday morning, the participants all seemed warmed up and ready for a new day of learning and making great new connections.

Swami started out going to the “Evolving Cultivation” panel, while I headed over to the ArcView Group “sneak peek” at how the industry’s leading angel investors vet fledgling start-ups. My old friend Troy Dayton, CEO of ArcView, was there of course and we shared a giggle before the program started about how we need to remember to stop and enjoy the cannabis, and not only be busy doing business around it. It must have hit home with him, because he started out the presentation reminding the audience to not forget to Have Fun! And it was actually fun, not just interesting, to hear the pitches from five potential companies and then be able to actually rate them via the Breeze app on our smartphones. Brilliant. Now that is an example of a good mix of media, tech, business and cannabis. 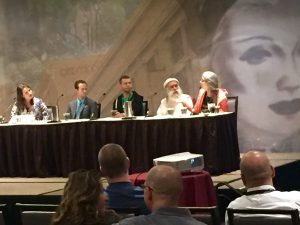 Between panels I wandered the halls checking out the various booths that featured products, dispensaries, media outlets and branding advisors. Naturally I spent some time visiting Adam Steinberg et al at the Flowkana booth. I did see founder Mikey Steinmetz briefly and believe he deserves the award for best schmoozing – what a pro! Stopping by the Cannabis Now booth, editor Ellen Holland informed us that the December issue will feature the opening of our goddess temple here at the ranch. Not your usual cannabis story, but Ellen was here and really got it – and hey, all is one. I can’t wait to see it. My best new discovery of the day was Stokes Micros, a responsible and sugar-free little lozenge that allows for easy dosage control. It’s only 5mg THC per micro dot of 100% Sativa THC, so I immediately popped two in my mouth and it was the perfect light dose to continue on.

Later in the afternoon we were part of the Advertising, Branding and Marketing Trends panel. Our fellow panelists included: Paris Holley – CTO, Mantis Advertising and Marketing; Meghan Larson – Co-Founder of Adistry on-line cannabis advertising; and Max Simon – Founder of Green Flower Media. The flow of questions and answers was smoothly and suavely conducted by New West Co-Founder Dean Arbit. Along with being a fellow native Richmond District kid from San Francisco, Dean is publisher of Smell The Truth, a cannabis-news outlet in partnership with Hearst Media on SFGate.com. It was a lively panel, a balance of professional marketeers and us, the mom and pop who have done it on our own.

At one point, I swear I looked out over the sizable audience and could see lightbulbs over every person’s head as a new idea was being birthed. I believe a lot of good information was shared and some laughs were gained as well. As I said before, we can’t forget to have Fun.

Later that evening, participants gathered for a VIP party with dj and drinks, but let’s just say the main ingredient was missing: the cannabis. So we stepped outside for a smoke with premier cannabis consultant Rick Pfrommer and friends – Swami pulled out one of his famous “Grower Joints” and it inspired the whole crew. At one point I noticed the billows of smoke blowing down the street from clusters of stoners smoking all around the hotel. Cannabis journalist and program curator for the event, David Downs, then pointed out to me that directly across the street, at the Hilton Hotel, the California Narcotic Officers Association was holding their 51st Annual Training Institute & Law Enforcement Exposition. Oh my. It is a new world.

The other bit of irony that did not escape me was that both Dean Arbit and David Downs are closely associated with the Hearst Corporation. Recalling history, it was the Hearst Corporation, along with DuPont, who were greatly responsible for banning all cannabis and hemp products under the stern guidance of Harry Anslinger, the first commissioner of the U.S. Treasury Department’s Federal Bureau of Narcotics, starting in the early 1930’s. I say BRAVO to the new regime that is paying off this karmic debt so graciously.

After our dose of “inspiration”, Swami and I returned inside for some more mingling with friends such as authors Ed Rosenthal and Jane Klein and Deep Green producer, Michael Gosney. The press was also there en force, including Chris Roberts from SF Evergreen and Steven Short of the Cannabis News Roundup on KALW. All in all, I’d have to rate it as a very successful cannabis-centric event, a real merging of the minds on many levels. Judging by the sold out tickets and booth spaces, it looks like a winner to me and I hope to see it repeated next year. And just one word of advice again: don’t forget to stop and smoke the flowers!