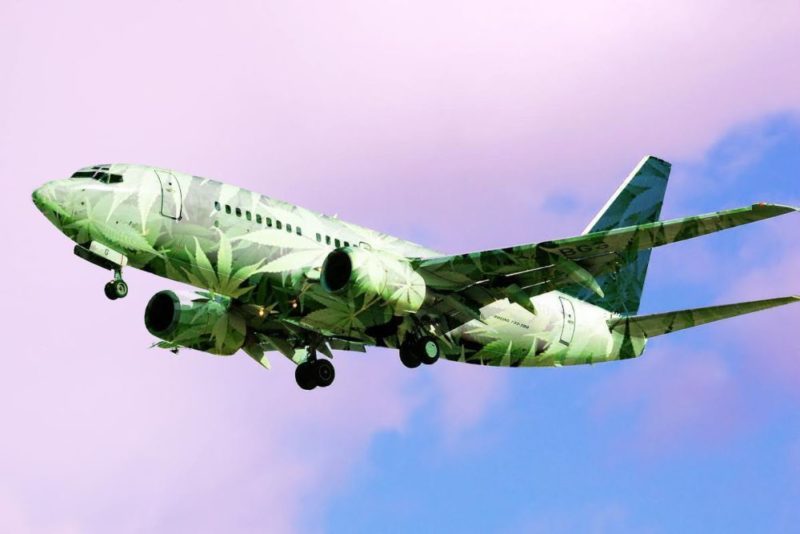 What happens when cannabis is finally Federally legal? What happens when the World Health Organization approves medicinal cannabis? It could happen this coming March when the United Nations may vote to remove it from the same category as opium! What happens when every state and every country in the world has legalized cannabis so that interstate and international commerce is a global reality?

I have a feeling it could happen sooner than we think. Israel has just authorized international shipment of medicinal cannabis. Canada and the Netherlands both have also authorized export and are working on trade agreements with Israel. Mexico, Australia, Germany, Austria are interested and Uruguay is looking at overseas shipments. I just read that over 60 countries are investigating cannabis in some form. Twenty eight countries in Europe have some form of cannabis program.

This cannabis thing is Huge! And it just got huge-er with the passage of the US Farm Bill. As big money pours in at alarming rates, the cannabis business world is expanding exponentially along with the realization that the variety of uses for the plant seems to be infinite. 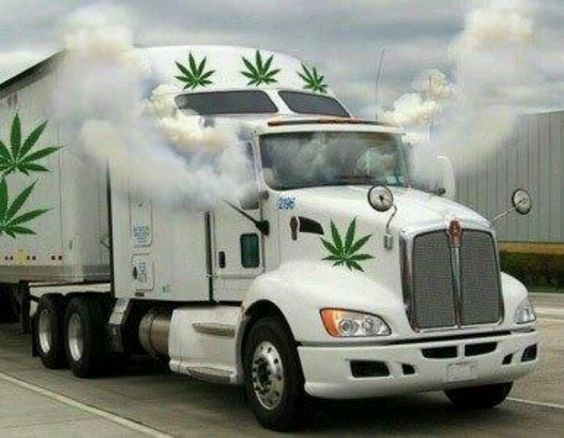 Recently, presaging a whole new frontier of cannabinoid production, Terpene and Testing Magazine described scientists who are injecting e coli bacteria with the pre-coursers of cannabigerol (CBG-A).  The bacteria will then grow large quantities of certain rare cannabinoids that occur only in trace amounts in naturally grown plants. Factory grown medicine targeting specific diseases and conditions is here.

Soon there will be gigantic hemp farms supplying new industries like bio-plastics and providing material for all the innumerable uses of this most beneficial of all plants. There is hempseed for food and for cosmetic/body oils; there is the fiber from the stalks to make rope, canvas, building material and clothing, and there is the pulp to produce ethanol fuel and paper. The biomass from the hemp leaves and flowers with less than 0.3% THC will provide the raw material by the ton for extracts and concentrates to make an unbelievable array of products.

Hemp will become a commodity, with futures traded on the Chicago Commodities Market. The bulk price will vary like soybean futures according to weather, harvest volume and demand. Inevitably over time, as the economic history of the US repeatedly demonstrates, the numerous business startups or traditional mom and pops will be consolidated into three or four major players dominating the entire market.

Where will cannabis be grown in the future? I foresee a delineation of cannabis cultivation locations determined by the end use, based on optimum efficiency and the demand for raw material of different qualities.

First of all, indoor artificial-light grow-factories will not be needed any longer. Indoor cultivation only started in the mountains in order to hide from the cops flying overhead. Then it moved to warehouses in the cities to take advantage of available utilities like water and electricity, as well as shorter transport. Indoor cultivation will be obsolete because the carbon footprint is enormous. Even with solar panels, the cost and power needs of security installations, purification and filtration systems for air and water, baffles for sound and light pollution, plus humidity and temperature control equipment, factory cultivation is not sustainable and environmental regulation will make this method of growing not viable. Further, it is difficult to grow indoor pot organically and pesticide free, for a market that will soon demand this.

Instead, inter-state and inter-national commercial shipments will preclude the need to produce bulk material or high grade flowers in every state or every country. Hemp biomass will come from gigantic plantations in the California’s Central Valley, the mid-West and Kentucky, as well as in the Steppes of Russia and the mountains of Kazakhstan, where cannabis originated. World wide, the best cannabis will be grown in the best places to grow the best cannabis, where ever they may be, just as it always has been.

We already know where these areas are, since they have been traditional hemp producers or have been producing cannabis and hashish for the illicit free market for hundreds, if not thousands of years. Keep in mind that the underground market is an ancient world-wide market and has supplied savvy and discerning consumers since time immemorial. In addition, hemp fiber has been a textile mainstay for eons.  For example, sailing ships and conestoga wagons used canvas made from cannabis.

Ultimately, the connoisseur “niche” market for inspirational cannabis use will be legal nationally and globally and is potentially huge. Heritage artisanal farmers will produce bespoke varietals with exotic terpene profiles to provide specific inspirational stimulus for painters, poets, musicians and lovers. Others will create whole plant medicine tailored to specific patients and specific diseases. Some small farmers will contract with top-shelf hashish and edible makers or with celebrity chefs to serve the high end market. People will finally be able to enjoy Swami Select, and other top shelf sun grown brands from the Emerald Triangle, anywhere in the world.

In this arena, the creation of Appellations of Origin (or Protected Designations of Origin, the term used by the European Union) will protect the consumer by guaranteeing that the product comes from the location stated on the label. The Protected Designations of Origin (PDO) principles that have been proposed for cannabis would certify that the cannabis plants and the flowers are organic, grown in the ground, in full sun, for the full season. Establishing the highest quality standards for cannabis and cannabis products will enable the small-scale artisanal organic farmer from the Emerald Triangle to survive.

Where there is ample sun and water, as well as proximity to transport hubs, we are already seeing extensive climate controlled green-houses cropping up on agricultural land in California. With supplemental lighting and light deprivation coverings, they are harvesting three crops a year. This supplies raw material for extracts, tinctures, topicals, edibles, beverages and concentrates. These are uses which do not need the highest quality inputs, since the cannabis they produce will be for manufacturing. In addition to full plant extracts, the numerous compounds will be separated, blended, and combined with non-cannabis ingredients, such as herbs and terpenes grown or produced elsewhere. These may or may not be organic, but hopefully will be pesticide free. This greenhouse crop will also be a cannabis commodity similar to hemp. 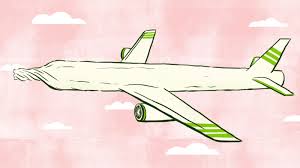 The recreational/inspirational market will present a broad spectrum from vape pens, to oil rigs to pre-rolls to pure flowers, from cheap to dear. Again, mass produced green-house cannabis will supply most of this market. Although the percentage of the market that pure flower retains will shrink drastically, the expansion to a world market will guarantee a sizable niche for well-branded cultivators with the highest quality product. They will survive by catering to the sophisticated connoisseur market, much like Cuban cigars, craft breweries, and boutique wineries.

So now, the whole reason I started writing this blog is to determine if there is a future for the growers of the Emerald Triangle. How many organic artisanal small crop cannabis cultivators will really be needed in a totally open national and international market? If we can ship Mendocino’s finest quality flowers and products all over the world, how many farms will be supported by this commerce?

I wrote a blog a while ago (sorry if this is repetitious) where I noted that the Sheriff of Mendocino County testified to a Grand Jury in 2010 that, in his estimation, there were over five million plants in the county. As I pointed out, with each plant yielding one pound of manicured flower selling for $1000 a pound, the total county revenue from cannabis would have been five billion dollars. According to folklore statistics, about 10,000 farms produced this. Humboldt was similarly credited with 15,000 farmers. So, by inductive logic, one would expect Humboldt to produce a crop worth about 7.5 billion dollars, on the wholesale market; together it was assumed to be 12 to 15 billion dollars, just for these two counties! [For comparison, the second largest agricultural crop in California is dairy, which brings in about six billion dollars annually.]

In 2018, the California legal cannabis market revenue was 2.5 billions dollars, according to reports from BDS Analytics. There have been various “official” estimates of the current illicit market, but 4 to 5 billion is a common figure. Perhaps those old “grapevine” statistics weren’t so far off, after all. If Mendo’s ten thousand farmers used to produce five billion dollars, the current estimate would indicate that there are still at least eight to ten thousand (and maybe many more) “traditional free market” growers in the state.

In 2016, the California Growers Association estimated the total number of growers in California at about 68,000; others have guessed 53,000. There are currently about 5000 temporary or provisional cultivation permits issued by the state and apparently 4 full annual licenses. Yes, that’s four (4). An unknown percent of the 5,000 temporaries will not finally qualify for an Annual license, so it is difficult to predict the actual number of farmers or acres that will be operative in 2020.

There have been reports that those 1100 Oregon farmers “over” produced millions of tons of flowers. But others have argued that they didn’t produce too much, rather there were not enough testing labs to process all the harvest and it couldn’t be sold without test reports. In addition, there were not enough retail outlets to supply the pent up demand. Ironically, stores went out of business because they didn’t have any tested product to sell. In fact, if it were exportable there would not be a surplus. Imagine the opening of interstate sales and shipments to the 33 states that have legal cannabis sales. They would all prefer sungrown organic cannabis from California and Oregon. This, of course, is what the illicit market has been doing for decades, but now it would be legal.

The conclusion I am trying so hard to arrive at is that there will always be a national and international demand for the finest cannabis flowers and products, particularly from heritage cannabis cultivation regions with their Protected Designations of Origin.  We can only hope that the State and Counties of California wake up and realize the economic potential of our international reputation and embrace this homegrown sustainable industry, which can bring prosperity to rural California. If we keep our values, regardless of how many big players come in, there will always be a global demand for the acclaimed “best in the world” cannabis from the Emerald Triangle in California.