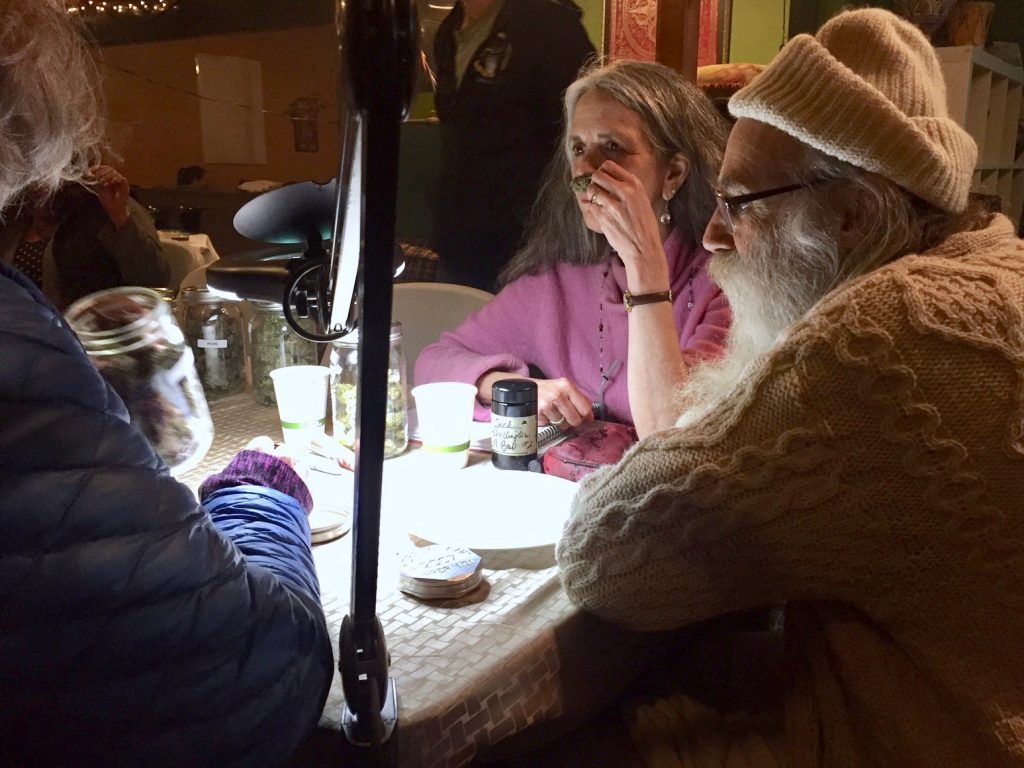 Once again, time for Judging season has rolled around. Last Saturday was our first meeting of the Flower Judges for the 13th Emerald Cup to be held December 10th & 11th in Santa Rosa. As always, we met at the infamous AREA 101, home to the first nine Cup celebrations. Swami and I have been Judges since the start and have watched the process go through several configurations to where it is today: an incredibly skilled and super cool group of cannabis connoisseurs employing their expertise in what is no doubt the most honest cannabis contest in the world.

This year we have 11 voting Judges representing 8 California counties: Humboldt, Mendocino, Sonoma, El Dorado, Sacramento, Alameda, San Francisco, Santa Cruz. Mendocino is only represented this year by Swami and I (one vote between us) which is quite a change from when The Cup started in 2003. It’s wonderful to now have opinions from several corners of our state. I wish we had one from Southern California too, but the distance makes it difficult to get samples to Judges on time. Judging is a real commitment – this year we have 5 meetings in 20 days at AREA 101 with non-stop judging on our own at home in between.

But the devotion to the job is rewarded with the honor of tasting some of the best cannabis from California and developing our connoisseur skills. Also, the camaraderie developed between the Judges over the years is priceless. Seven us of Judges have been doing this together for several years now, and have developed a real language and system for the task. It’s really fun to teach the newcomers, and watch their amazed faces when they first see that sea of Mason Jars on the table. I have no doubt that once again we’ll come to a consensus, because the cream always does rise to the top.

I am very proud to be a Judge especially since it is a 100% guaranteed blind tasting. The assigned numbers we have on our one gram samples are very different from the numbers given entrants upon submission. We truly have no idea who grew it or where it came from. No clue to strain, nothing more than a simple number on the top of a small plastic container we take home. 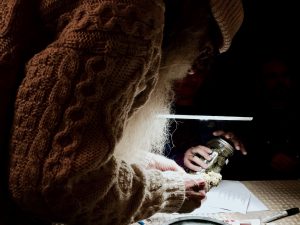 At our meetings, we have an opportunity to inspect each strain more closely in the large jars. Imagine a spread of one quart Mason jars across long tables, with Judges seated for hours at a time examining, smelling, and smoking. Last night we sorted through 37 strains and smoked together about 13 large joints in four hours. That means a fresh one was lit every 18 minutes, more or less. Each Judge took home all of the samples, even those we had tried together, to test again.

I really enjoy trying so many samples at once, as it gives you an opportunity to really taste and smell and feel the differences side by side. For example, there may be six strains that smell super “tangie” (like tangerine) but when you have them all together you and can decide which are the best examples. What an honor and delight to have such an opportunity.

As you can imagine, people are always asking how to be a Judge. My response is that first you have to be willing to devote about 3 weeks of your time to sampling, seriously and taking notes. While that sounds like a fantastic gig, it is also a full time one. It’s a responsibility, as farmers reputations are at stake, so great care must be taken to be impartial at all times.

Like any challenge, after taking it to the limit and passing through, a real bond is developed between the Judges and a sense of accomplishment. We did it again! The ultimate smoke-out and we survived!. And now, I have to go try another sample…