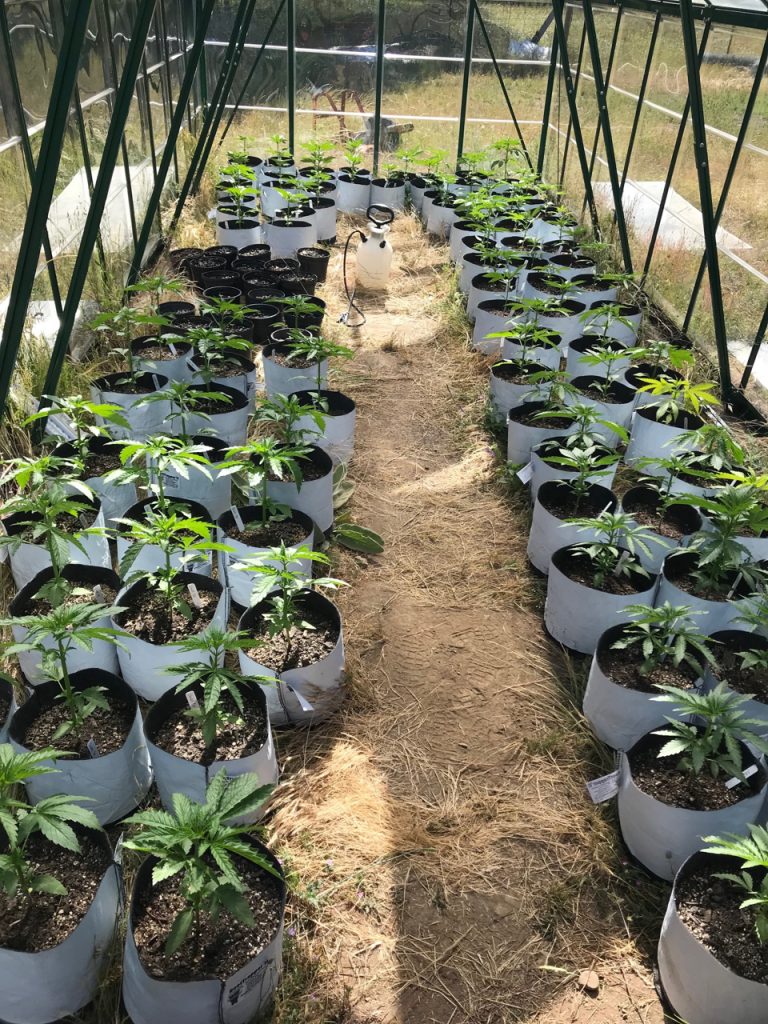 There is a new bill working its way through the State Assembly which is again aimed at crippling all farmers. AB 2555 is particularly detrimental to the small craft farmer who grows in the sun from seed in the traditional manner. Along with the batch testing requirements, this bill would push the industry towards clone generation of plant stock and indoor cultivation sites, which have a large carbon footprint. This is extremely prejudicial, punitive and anti-environmental.

Once again they are using a tortured definition of canopy to reduce the actual cultivatable area, while claiming the non-productive area for taxes. This bill proposes that any plant, male or female or of undecided sex, that is either 18 inches high or 18 inches wide is defined by law as a “mature plant”. This hardly makes sense even for clone derived indoor plants, but is the height of absurdity for naturally sungrown cannabis cultivars.

Once again, just like with the erroneous definition of canopy as everything inside the fences, anti-cannabis forces in the State are trying to change the age old definition of a word – mature -for political purpose. They are trying to slip through a tiny little punitive change, hoping no one will notice, that has a potentially huge impact on the artisanal grower, breeder or nursery owner.

Once again the powers that be need an English lesson as well as a horticultural refresher. The State law MAUCRSA uses the language: “mature plant.” This indicates that, to all intents and purposes, the will of the people and the vote of the legislators meant to say: ripe or full grown plants. These key concepts are the final words in the Second Edition of Webster’s International Dictionary:

“Mature” then, basically means that a living entity is capable of reproduction or is ready for its end use. In case of cannabis, that would mean to be ready for harvest or for making seeds. Clearly a plant, started from seed, which has not yet shown its sex is not capable of reproducing or being used for herbal medicine or enjoyed for inspiration: e.g. is not ripe. Most clones, although obviously female, have likewise not necessarily completed their growth within the 18 inch parameters.

Even a plant, sprouted from seed in March or April, which has decided and shown its sexual choice in June or July, is still in its vegetative state—whatever its height or width. As such, it is not full grown, it is not useable as an herb, is not capable of making seeds or male pollen, thus it is not ready for harvest. The plant will not begin its flowering state—when grown in full sun from start to finish—until the second week of August at the earliest, when there are 14 hours hours of daylight and consequently only 10 hours of darkness.

From that point on, the plant grows its flowers for 60 to 90 days in the sun. They will not be fully ripe until harvest begins in mid-September lasting until late October or even into November, depending on varietal, weather, elevation, and moon cycle. Cannabis growing in the sun for six to eight months, can develop into an eight foot diameter or greater canopy and soar ten to fifteen feet in height. Each plant should produce anywhere between two to ten pounds of flower as well as several pounds of “smalls” and “trim shake”.

Canopy measured at this time will be at the plant’s largest extent of drip shadow, so the state could potentially gain even more tax money by measuring at harvest. The farmer would reap the benefits of the full harvest. The cultivator would only be paying taxes and fees on income producing canopy, not on pathways and non-producing immature plants. The nursery owner cannot sell a non-sexed plant, so it should not be counted in square footage totals or taxed until it has determined male or female. A breeder on the other hand, needs to develop varietal experiments to full flowering maturity in order to see and test the result of the cross fertilization.

The cannabis industry creates tens of thousands of jobs, provides thousands of small family farms with a decent standard of living, contributes billions of dollars to each local economy where the farmers and workers live, delivers essential herbal therapies to millions of patients nation wide, it inspires and brings joy to equal millions of cannabis consumers throughout all segments of society. If this were any other industry, even any other plant, every city, county, state and nation would be clamoring for our business, would be offering zoning variances, tax breaks, political office, and I suppose inevitably kick-backs and bribes.

Instead, we still get persecution and punishment. Why would we expect anything else from the governments which have been persecuting and punishing us for over 70 years? Even as they say they will protect the small farmer, manufacturer and small retailer, all their nit-picking rules and regulations have made cannabis more illegal than ever for everyone besides the consumer.

Have they forgotten that those 70 years of prohibition did not work? The micro-managing regulations and taxes have simply served to guarantee the continuance of the illicit market, since they keep the price up and make the potential profit worth the risk.

All the cannabis community wants is a fair deal, to be treated like all other agriculture or any other business. As it is, we are offered virtually no incentive to pursue compliance other than the threat of a cease and desist order.

So, all of you out there who are farmers or wish to throw support to the small heritage cultivators who have pioneered this industry and whom the state law promised to further and protect, it is time to write to the Legislators in Sacramento to demand that they not violate the will of the people, not contradict Webster or defy the logic of the natural order by defining a mature plant as anything a foot and a half tall or wide.

If you feel inspired, below is a list of legislators and officials to send a message before August 1, 2018