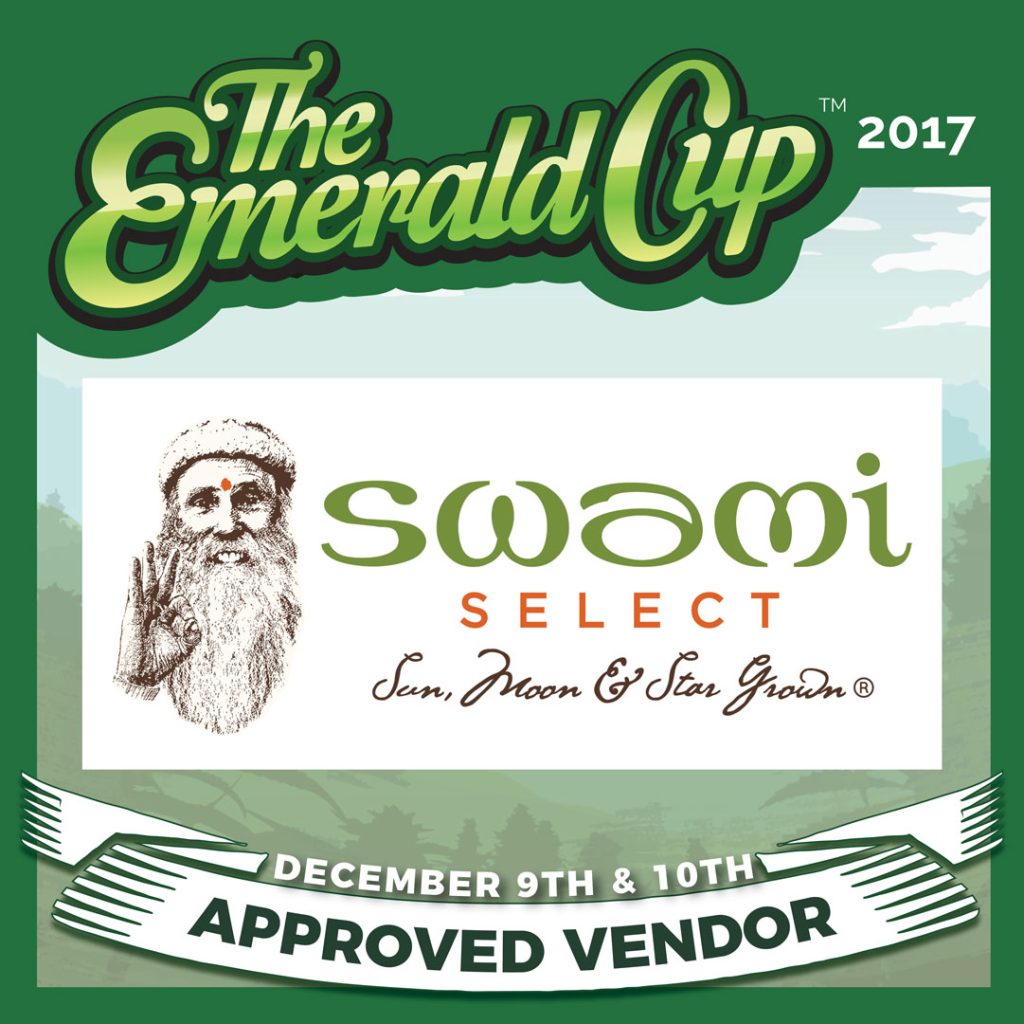 Since the Emerald Cup’s founding, Nikki Lastreto and Swami Chaitanya, Mendocino County cannabis cultivators and industry influencers, have served as lead judges for the flower competition. Nikki and Swami have had the honor of giving away the award for “Best Flower” each year. This year’s award ceremony kicks off Sunday, December 10, at 2pm.

California sungrown cultivators! Want to participate in the longest running canna-con, The Emerald Cup 2017? Submit your crops’ “crème de la crème” to The Emerald Cup judges by November 17th. Then, join us in Santa Rosa on December 9-10.

See you at The Cup!