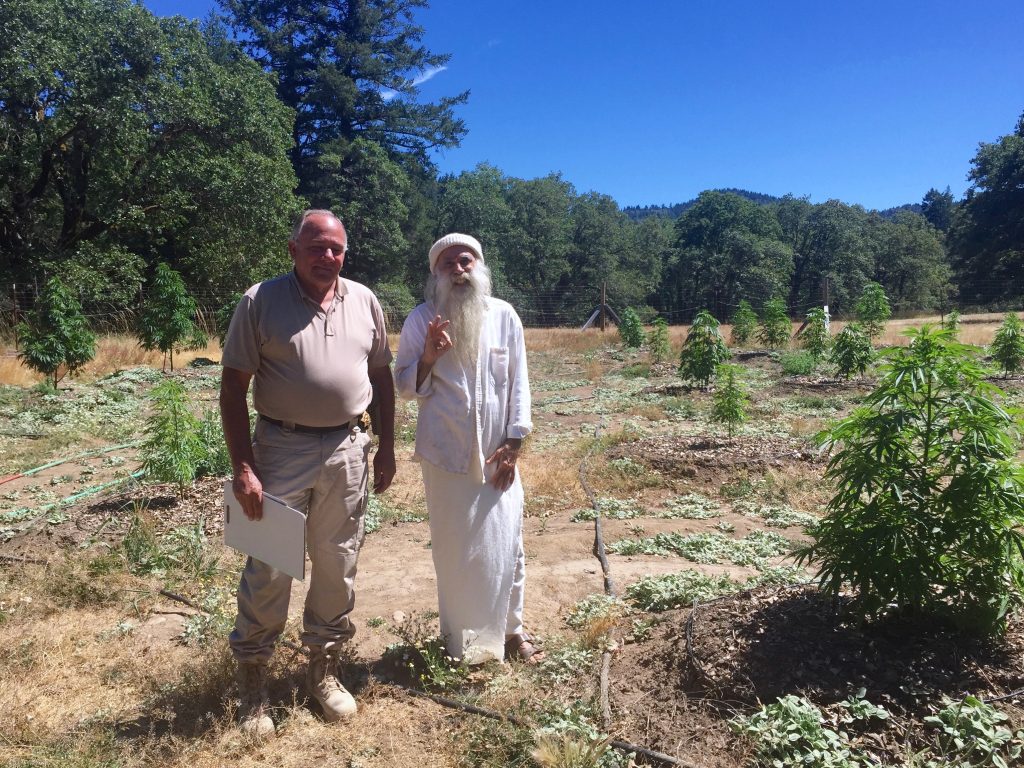 It is getting down to crunch time for the cannabis ballot initiatives for 2016 here in California. One more element to make this upcoming election one of the most important in years. When I decided that this week’s blog would be about the initiatives it was obvious that I needed to read them again. It wasn’t long before my eyes glazed over, and the details I was trying to focus on got blurry. This was especially true of the State-wide Auma initiative, now called Proposition 64.

Since I was involved in the crafting of the Mendocino Heritage Act by contributing to the sections on zoning, I am rather partial to our county initiative. It proceeds from the premise that cannabis cultivation is an agricultural crop and as such should be regulated by the county Agricultural Commission.

Further, if passed by the voters, it would bring the county laws into compliance with the state laws on Medical Cannabis, regarding the seventeen categories of cannabis enterprises there delineated. The Heritage Act assigns each of these Types of activity to its appropriate Zone. For example, in the Inland part of Mendocino County, nearly every Zone is permitted Row and Field Crops. As a crop, cannabis plants clearly fit this description. The Act does limit the area allowed on the smaller parcels, but does not involve plant numbers. The maximum allowable area would be one acre. It also confines manufacture with solvents to commercial and industrial areas.

The underlying intent of the Mendocino Heritage Act is to protect the small farmers, manufacturers, dispensaries, etc, who are the economic backbone of the County and who are performing their cannabis activities “responsibly”. That is to say, they are not harming the environment or disturbing their neighbors. To this end the Act, like the state law, stipulates that all cannabis enterprises must meet the requirements of the various state agencies tasked with protecting the environment, such as the Department of Fish and Wildlife, the State Water Resources Board, etc., etc. This means that the appropriate State agencies will be making sure that cannabis activities do not harm the environment.

The Heritage Act repeals the County 9.31 “marijuana as nuisance” program and provides for a complaint/appeal process through the Ag Commission and the Health and Human Services Agency to deal with any violations. This means that the Sheriff would no longer be able to sweep in only on the basis of a complaint, without even a search warrant, and cut down (summarily eradicate) someone’s crop.

All in all, the Mendocino Heritage Act is an evenhanded and fair approach to regulating cannabis activity, while at the same time reaffirming the environmental protections mandated by state law.

Unfortunately, I can’t say the same about Prop.64, the Adult Use Marijuana Act which is also on the ballot in November. For a long time, my objection was primarily an emotional response to the punitive tone. On first reading, it seemed that a good third of the language was describing the penalties for this infraction, or for this activity. One clause even forbids giving away cannabis! It is especially detailed on the subject of under 21 use.

Rereading the Auma, I was again struck by the attention to all the penalties. This comes at the beginning of the Proposition, before it even specifies what is allowed. The overall attitude is that cannabis is such a dangerous substance (clearly the work of the devil) that it needs to be contained, controlled, taxed and kept away from as many people as possible, especially children. Most of us in the cannabis community, in contrast, consider the herb to be a magic plant bringing healing and joy to its users. It should be available to whomever wishes to benefit from its divine powers. This is the great chasm that divides the two sides of this debate. At least we have gotten some of the powers that be to acknowledge that it truly is medicine.

Concerning the restrictions on minors, it will put a major burden on many house-hold “mom and pop” type cultivators if their children are prevented from even being on the premises where cannabis is present. Farming laws allow children to assist in farm labor.

On the other end of the scale, after a five year delay in 2023, some cultivators will be able to grow up to 5 acres. This scale of farm is a dire threat to the small family farm. In addition, those obtaining the 5 acre permits would also be allowed a license for either kind of manufacture (without or with solvents) and for retail outlets (no limit stipulated). This is a form of mini vertical integration and monopoly which poses a severe threat to small scale businesses, which are not allowed to hold a license in more than one category. Why does the largest type of cultivation also get these unique privileges, which clearly favor large scale production? The effect could be to drive the price down to less than $1 a gram, that is less than $500 a pound. At that price, only the largest scale operation will survive. Then only the few highest end top quality growers and manufacturers will survive.

Further burdening the cultivator, in addition to all the permit fees that will be required on state and county level, the Auma proposes a $9.25 excise tax on the farmer for every ounce of flower and $2.75 per ounce of shake. This would be for every quantity that is “removed from the property.” Would this also be assessed to cannabis given to charitable or medical institutions? What about just giving to a friend?

This is an additional tax burden, beyond land tax and income tax. Add to this the proposed 15% tax on the retail sale, plus the normal 7.5% sales tax and other county or city taxes and we are well over 25% in tax. The farmer is also required to bear the costs of Lab Testing, for a test that would cost at least $200 per test. All this adds to the final retail price and cuts into the farmer’s already slim margin.

So I am in real quandary about how to vote on Prop. 64. On the one hand, there is a real need to legalize recreational use in order to empty out the prisons of all the non-violent drug offenders currently incarcerated for cannabis infractions. There is also a need to regulate the thousands of growers who are not currently selling medical cannabis through a licensed outlet, in order to make sure that they are not damaging the environment and complying with numerous regulations.

But with all the negative impacts on the small farmer and small manufacturer how can I vote to shoot myself in the foot?

Never the less, it has been pointed out that the take over by big business has already begun and there is no way to stop it. The real estate boom is well under way in the Emerald Triangle. Large tracts are being gobbled up, presumably by tobacco and pharmaceutical companies. One consortium in Humboldt is rumored to have organized thirty grows of one acre on contiguous or nearby properties. This means that the five acre farms and larger are already becoming a reality. Further, vertical integration is proceeding apace, even though technically prohibited by MMRSA, because it is apparently easy to set up “independent” companies, that are actually controlled by some other entity.

It just comes down to the fact that it is time to legalize recreational use, because the cat is already out of the bag. Let’s pass Prop 64 and just get it over with, because it will get people out of jail and keep people from getting put there. It clearly ain’t the best, but it is not horrendous. Would you rather work with Prop. 64 or wait another few years to try again to pass an initiative?
With all the vested interests demanding their drop of blood there is no guarantee that the next one would be any better.

So I guess that is my half hearted endorsement of Prop. 64. It is not great. It’s overweight, full of pimples and having issues, but it is the best we have.