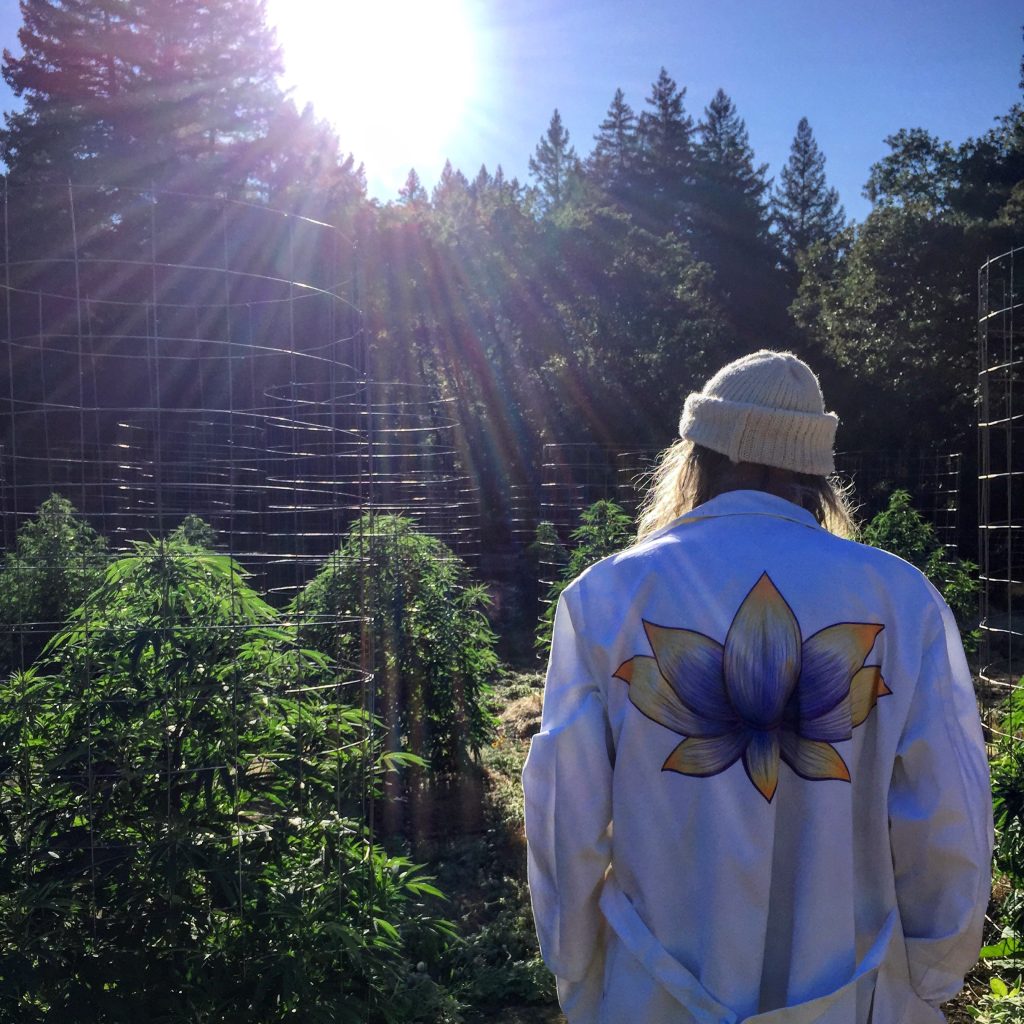 I am of the firm opinion that cannabis fulfills the three most important rights of the United States founding mission statement, The Declaration of Independence: Life, Liberty and the Pursuit of Happiness. It’s medical prowess is everyday reaffirmed, The right to ingest cannabis is a fundamental liberty: the freedom to choose to grow one’s own medicine; the freedom to alter one’s consciousness in search of inspiration. And of course, cannabis is definitely part of the Pursuit of Happiness, finding one’s Bliss.

Currently, we in the cannabis community are threatened with “the slings and arrows of outrageous fortune”, yet I declare that Cannabis of the People, by the People and for the People shall not perish from this state. The need of the time is to rally around the right to cultivate cannabis in the full sun, from seed in biologically living soil. This is the way it has been done for thousands of years by innumerable shamans, doctors, tribes, cultures and civilizations.

The state of California has just issued its trailer reconciliation bill for cannabis along with pages and pages of new cannabis specific regulations. This is a draconian attempt to destroy the small farmer by creating unique requirements, with which no other agricultural enterprise or business must comply. We and all our employees now need to be finger printed. Do grape growers need to be fingerprinted? Or pharmacists or liquor store owners? Or tobacco vendors? Alcohol, tobacco and prescription drugs kill many hundreds of thousands every year. Cannabis none!

Perhaps the most egregious over reach by the State is the blatant attempt to redefine the concept of canopy. From time immemorial, even before Shakespeare, a canopy has been singularly defined as something which covers, such as a tiny roof over a statue, or the shade canopy created by the leaves of a tree or a tent. It precisely does not mean the spaces between, because they would be open to the sky, hence not covered.

The is a blatant attempt to penalize the small cannabis farmer. The normal agricultural definition of canopy is the rain shadow of a plant, alternatively the area of the shade cast at noon, sometimes calculated as the leaf area index, that is the area shaded or covered by the leaf canopy in ratio to the entire acre.

If the allowable square footage is computed using the traditional definition of canopy, i.e., the shadow area, farmers will be able to grow plants further apart and so help prevent mold and mildew by allowing greater air circulation and still be able to grow enough plants to survive economically. If the square footage is calculated as everything within the fence, plants will necessarily be crowded together and so there will be fewer smaller plants, as well as greater risk of disease.

This is all part of the Death by a Thousand Cuts to which we are being subjected. First of all there are the exceptional taxes (2.5% on gross receipts for Mendocino County), 15% on recreational for the state as well as sales and income tax, sundry permits and fees owed the county and the state (mounting to thousands of dollars), road improvement costs, water source certificate, building permits and upgrade costs, distributor fees of 20% or more, absurd waste management requirements (as if it were plutonium), and the track and trace program. Then come payroll taxes, work men’s compensation, ADA compliant buildings, permitted buildings for employees, no one under twenty-one on the premises. All this for what has been for a generation in these mountains a cottage industry.

I keep telling people that if you want to be in a legal business in the state of California, no matter what you’re selling, you’re going to be regulated left, right and center, since we live in the most regulated state in the universe. What gripes me is all the restrictions specific to cannabis which are not imposed on any other business, not even those which cause tens of thousands of deaths every year. You can even buy liquor at the gas station!

The Thousandth Cut, or perhaps the Nail in the Coffin, will be the testing fees, as much as $400 per pound in batches of not more that ten pounds of the same strain. This is fine for clones grown indoors, but for those growing from seed in the sun it spells disaster. The regulators themselves seem to gloat that in their estimation hardly 40% of current growers will pass the required tests.

The above list is only the moneys due the government. In order to comply with all the requirements the average farmers now needs a staff of experts: lawyers, CPAs, bookkeepers, engineers, foresters, third party inspectors, business consultants, investors, compliance officers. All of these charge their professional fees. In the past all that was needed was just help putting up fences or tilling the soil or weed whacking in the spring and of course trimmers in the fall. As often as not, the work was done by family members.

As the price of flowers has dropped from over $5000 a pound to around $1000, while the price of everything else has risen, all of these new fees, taxes and professional consultant costs threaten to wipe out the small family cannabis farm.

Because cannabis was illegal, most growers did not permit their buildings so as not to draw unwanted attention. People lived as far off the beaten track as possible, off the grid and at the end of the road. For years the biggest secret was the identity of the grower. We were the most vulnerable, because we couldn’t move. The dealer or the transporter were in slightly less danger because they could move. Now they want us to volunteer our finger prints and give them aerial views of our grows and show receipts of where it was sold.

Here in Mendocino there are many ways in which they seek to reduce the number of growers. For example there are setbacks for cultivation. These are now 50 feet from the property line and 100 feet front he neared dwelling. These are set to increase to 100 and 200 feet respectively.

This is sneaky, because many parcels are long and narrow. One hundred feet from each property line means many people on smaller parcels won’t be able to grow. The set back is imposed because of odor and danger. Curiously, I looked up county setbacks for pig styes, chicken coops and cattle pens. It is three feet! The irony is that people pay more for aromatic cannabis. It certainly is far sweeter than pigs, chickens and cows and represents far less danger to neighborhood residents. This just seems petty and vindictive.

The county still has a strong nuisance law to combat cannabis violators. It states that any violation of the code is considered a nuisance, allowing the enforcing agent to summarily abate this dire threat to the community, without a search warrant or due process. One Mendocino County Supervisor just the other day referred to growers as “outlaws”. Hey, Man! Have you read the papers? It’s legal now! And not only that, it provides approximately 50% of the revenue generated in the county annually.

There are thousands of growers who would love to come in out of the cold and become legal, but every new picayune and revenge motivated penalty or restriction imposed means another hundred farmers who will say “The heck with you. I’m gonna still take my chances on the Black Market.” Quite possibly the Sheriff’s Department will be busier than ever. But now it is not just the Sheriff. It is also the two Water Boards, Fish and Wildlife, State and County Ag Departments, Consumer Affairs, Health and Human Services, Planning and Building, Board of Equalization, Franchise Tax Board. To say nothing of the Feds under leaders bent on repression. All theses agencies now have a new and vulnerable target to go after and persecute.

All I can say is: Good Luck every one! Try your best to comply and let’s hope that some of us make it through this gut wrenching transition. Because the state and county bureaucrats now have us in their sights and they will try to squeeze us any way they can.