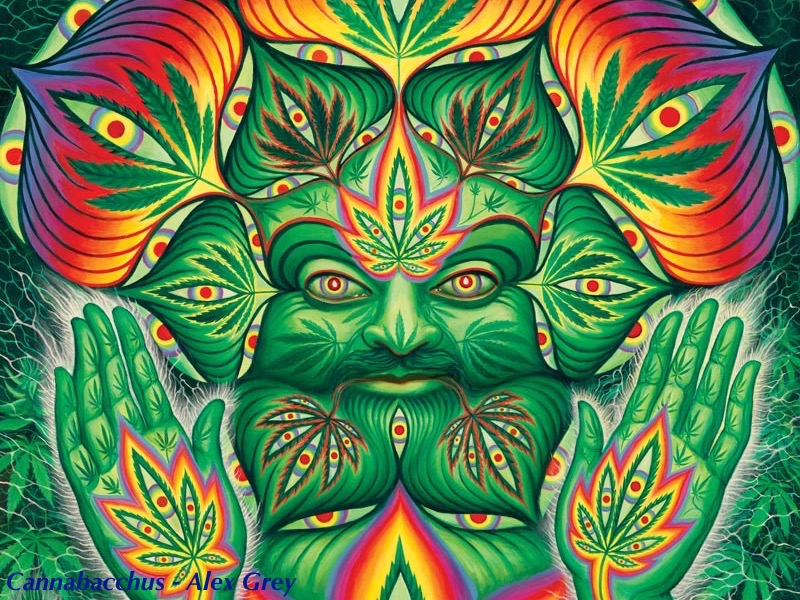 So! What about Cannabis and Meditation???

I have often voiced my conviction that we should refer to cannabis use as Inspirational, for that is why many, if not most of us, first got into smoking, lo those many years ago. Nowadays, of course, many people come to cannabis in its newly re-discovered myriad forms, for medicinal purposes, more of which are being discovered every day. So it is not surprising that I often get asked is it OK to smoke and meditate, or smoke and do yoga? Short answer: As Steve Gaskin has always said, “Yes!” Long answer follows:

Upon reflection, it is clear that part of marijuana’s inspirational action comes about through the stimulus of the senses or the heightening of awareness. One simply hears, sees, smells, tastes and touches with greater focus and intensity. As a result, new thoughts and unexpected cross references come into consciousness. Old thoughts are examined in new ways. Realizations and epiphanies flash into different layers of the mind. Creativity flowers. Music is made as well as love. When really high one can really trip out, as we used to say.

Now these alerted senses are correlated to the chakras and the chakras embody or mirror the structure of the cosmos. As above, so below. The stimulated awareness invigorates the psychic centers of the body, inducing harmonic waves in tune with higher octaves.

That this stimulation of the sensory input would be conducive to mediation, however, seems counter intuitive. In meditation, the goal and the process is stilling the fluctuation of thought waves. When one begins to sit in meditation, most often the thoughts and emotions and visions are bumping and jumping all over the place. Stoned, it seems to happen all the more.

Smoke a big phatty just before sitting, as I sometimes do late at night, and retreat to your normal meditation seat and watch what happens. At first, the little monkey mind will jump all over the place, emotions will bubble up, thoughts will happily bound all around. Start your usual practice, watching how the intensity has increased and how the same ritual of the practice acquires a new resonance, is comprehended in a new dimension.

The first steps of meditation are attention and focus leading to total concentration, beginning with a multitude of associations on a single theme evolving, rotating into one-pointedness. Cannabis helps with this Lock On, so that the sensory inputs are transcended and thus tuned out as the focus has migrated to the higher chakras, the ones not associated with a particular sensory awareness or sense organ.

The Vision and the Sound are now internal, as the Third Eye and Third Ear (the ones that perceive the truth) are opened in the sixth chakra. With cannabis meditation, a single thought spirals through, coming again later, augmented a third, as it returns from unconsciousness into awareness, transmogrified with new meaning, viewed in a different dimension, that was contained in the beginning.

So it should be abundantly clear that cannabis is great for meditation, since it puts you in tune with the cosmos while the thoughts keep tumbling away.

The same goes for doing Yogasanas while stoned. You will be more in tune with the inner and the outer action of each asana. Each position will be felt and visualized more intensely, through the stimulation of the senses. You may begin to spontaneously create your own personal asana or a new sequence of positions. Using the proper strain with CBD etc, one may be able to assume heretofore unreachable poses and still be relaxed.

I know there are many yoga teachers and Swamis who will be horrified by the above statements. Nonetheless, I have smoked many a chillum early in the morning with sadhus and babas in the Himalayas, and they smoke charas or hash mixed with tobacco. These are lifelong yoga practitioners who are an integral spiritual part of the Hindu culture in India and they have been doing this for aeons. The great God Shiva, Lord of Yoga and Meditation, worshiped by the Babas, often drinks Bhang, a sort of cannabis smoothie.

So, if you want to integrate cannabis use into your Meditation or Yogasana practice, go right ahead. Just watch, observe, note the difference from when you don’t use cannabis. Be aware. Use your high to focus and be one with the energy, transcend the distance between self and Divine.