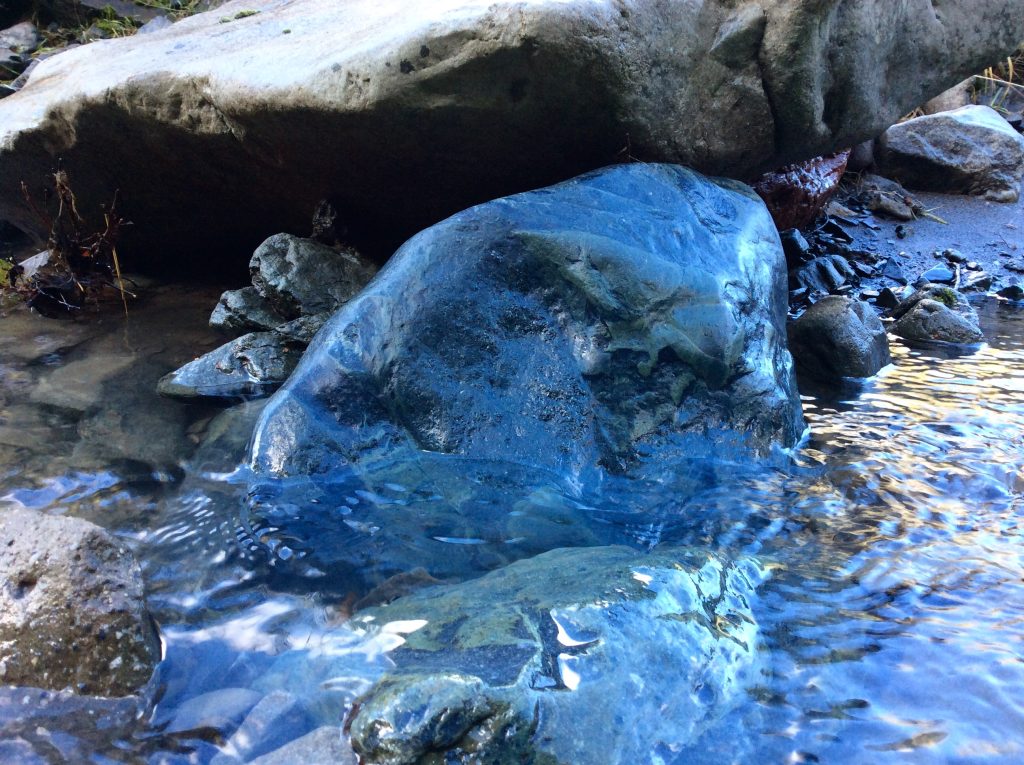 The biggest concern for all farmers in California right now is, of course, water. It seems that everyone is looking for someone else to blame. Clearly each of us in the exploding human population shares the responsibility. Since 1970, the population of California has doubled. Today there are thirty-eight million people in our beautiful state. More people simply use more water.

So how much water does cannabis cultivation actually use? The Mendocino Cannabis Policy Council, along with the California Growers Association, has polled numerous cannabis cultivators about their water usage. Our canvassing indicates that most cannabis farmers grow plants that average between one and four pounds, and use five gallons a day during the summer months. For the first three months (sprouting and transplanting) the entire crop’s water needs are minuscule, just few ounces per plant. In total, however, a two pound plant is estimated to consume five hundred gallons during the eight month season.

The California Dept. of Fish and Wildlife published a report on cannabis growing in Mendocino and Humboldt. They concluded that there were about 26,000 plants in Outlet Creek Valley in Mendocino County. Fish and Wildlife did their own water study and estimated that each plant requires six gallons a day for one hundred and fifty days, or nine hundred gallons for the season. The implied conclusion, based on an assumption of six gallons of water per day per plant, was that cannabis was drying up the creeks.

A closer analysis points to a different result. Using Fish and Wildlife numbers, which most farmers consider too high, at nine hundred gallons per plant per season, 26,000 plants use 23,400,000 gallons per season, or Seventy two acre feet of water. Assuming each plant to have a six foot diameter canopy, there are nearly thirty square feet per plant, meaning Outlet Creek has 780,000 square feet or a total of eighteen acres under cannabis cultivation. Seventy-two acre feet of water means that twelve inches of water falling on seventy two acres would provide enough water for the entire eighteen acres of cannabis crop in Outlet Creek Valley. According to Fish and Wildlife, Outlet Creek Valley covers 103,616 acres,. Even in drought years Mendocino receives at least forty inches of rain.

Missing entirely in the Fish and Wildlife report is any identification of an individual garden’s actual source of water. There is no mention of storage tanks, ponds, springs, wells, or the possibility that water was captured in the rainy months and stored for use in July and August. The unsubstantiated assumption is that all the water came only from Outlet Creek, yet the report does not mention the discharge flow of Outlet Creek at all. To demonstrate the effect of increased cannabis acreage on creek flow, they would have to show tables of water discharge at Outlet Creek over a period of at least ten to fifteen years, controlling for annual rainfall. I doubt such data exists.

The Fish and Wildlife report references only the monthly discharge of the Van Duzen River at Bridgeton in Humboldt County. Nevertheless, using their numbers, the flow at Bridgeton at the lowest rate in September (when most growers are actually cutting back on watering, as harvest begins for some strains in September, or have already harvested a light dep crop), is seven cubic feet per second or 4,502,960 gallons per day. The twenty-six thousand plants at Outlet Creek use 4,680,000 gallons for the whole month! At the driest time, one day’s flow would water all the plants for thirty days, that is 3% of the discharge, not 20%.

If one assumes that there are at least hundred valleys in Mendocino County growing twenty six thousand plants each, there would be a total of 2,600,000 plants with a thirty square foot canopy in the county scattered about on eighteen hundred acres. These plants would consume seventy two hundred acre feet of water which is 2.34 billion gallons per season. In March, Van Duzen Creek discharges 1.28 Billion gallons per day!!! Thus, in March, just two days of flow would water the entire Mendocino County cannabis crop for the whole season. In June, the creek puts out 321,776,320 gallons per day, so it would take eight days of flow to water the County’s crop for the season.

If one uses the Sheriff’s estimate, in testimony to a Grand Jury in 2010, that there were over five million plants in Mendocino in 2009, using the thirty square foot canopy standard, there would be 3443 acres in cultivation requiring 15,239 acre feet of water. If this is the case it would mean that with five days of flow the Van Duzen could water the entire Mendocino cannabis crop for the whole season.

It seems clear that cannabis farmers are not drying up the streams.

For comparison, Mendocino County has approximately 16,500 acres of vineyards, using twenty five thousand gallons of water per acre per week over a twenty-four week season. These grapes require 9.9 billion gallons or 30,381 acre feet of water. [600,000 gallons (24 x 25,000) per season x 16,500 acres]. The entire vineyard harvest annually brings in about one hundred million dollars of revenue to the County. {This reduces to$3292 income per acre foot water; $6060 per acre of vineyard}

According to the above calculations, Mendocino’s entire cannabis crop uses between 7,180 and 15,390 acre feet of water annually. Estimating just one pound per plant of dried flowers indicates a harvest of 2.6 million pounds of product. At $1000 per pound wholesale, cannabis brings in 2.6 billion dollars annually to Mendocino County alone. {$362,117 income per acre foot water; about $1,444,444 per acre cannabis cultivation.}

Currently, the entire Mendocino cannabis crop uses one half the water that vineyard grapes consume, while producing 25 to 50 times the revenue.

Looking at water consumption from the consumer perspective also shows that cannabis crops consume far less than any other farm produce.

An eighth ounce at $30 is a standard retail unit in cannabis dispensaries. This is similar to one pound of beef at $10, one bottle of wine at $15, or one can of almonds at $10. It has been widely reported that to produce a pound of beef requires at least fifteen hundred gallons of water, mostly to irrigate the alfalfa and corn the cattle eat, so a hamburger patty uses three hundred seventy-five gallons. Wine uses between 180 to 400 gal per bottle*, so each glass needs at least fifty gallons. Almonds need one gallon per nut or about a hundred gallons per can. Broccoli takes about five gallons per head. Avocados use about seventy-five gallons per pound or forty gallons per avocado. An eighth ounce of cannabis yields about three joints, so each joint requires less than a gallon of water. To repeat, a joint uses less than a gallon of water.

But, wait! The same plant that produces two pounds of cured flower buds also produces at least a half pound of “little bud” or “smalls” which farmers and dispensaries often donate to needy patients, sell at a steep discount or consume themselves as everyday smoke. It will also produce at least a quarter pound of “trim shake”. The “leftover” smalls and shake can then be processed to make concentrates, edibles, tinctures, salves, oils, etc. All that is additional product, created through value added processing, with no additional water required. In the dairy industry, value added processing typically adds15% on to the value of the wholesale receipts. This would mean that this cannabis product market could be as much as $750 million.

It Takes HOW Much Water to Grow an Avocado?!