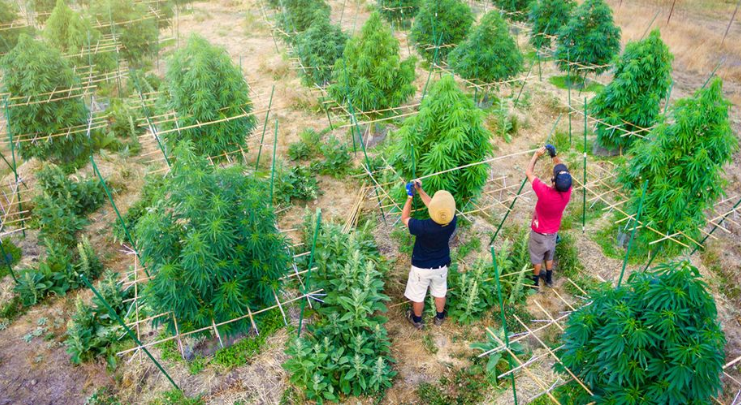 Our cultivation columnists ring in the new year with an essay about California’s cannabis woes, and what is needed to overcome them during this fresh trip around the sun.

This story was originally published on MERRY JANE on January 2nd, 2020

Opioids and cannabis. Vape pen deaths. The reincarnation of hemp and the apotheosis of CBD. Cannabis banking possibilities through Congress. Political candidates espousing weed. The World Health Organization reclassifying cannabis as Traditional and Complementary medicine. The MLB putting pot back in the batter’s box. Illinois and Michigan opening up adult-use markets.

No doubt, you have read about many of these cannabis updates in the mainstream media, but most of it had little or no effect on the small time farmers and entrepreneurs of Northern California and The Emerald Triangle.

Some of the bad news was the astounding — but not really surprising — devaluation of stock in the largest corporate cannabis players from Canada, who lost hundreds of millions in a few short months. It was rather like the Dutch tulip bubble and crash in the 17th century, or the tech crash in the ‘90s. The growth projections of these cannabis companies were pure fantasy. Again, though, this did not have much effect on the local cannabis community in NorCal.

That said, what gradually became very evident to us up in the Triangle was the dire lack of retail outlets to purchase legal and tested cannabis. Many of the largest cannabis companies in California have had to lay off up to 20-25 percent of their workforce, as demand has not met expectations. In Northern California, FlowKana, Box Car, Henry’s, and CannaCraft all made layoffs in the past year, as have many smaller companies. 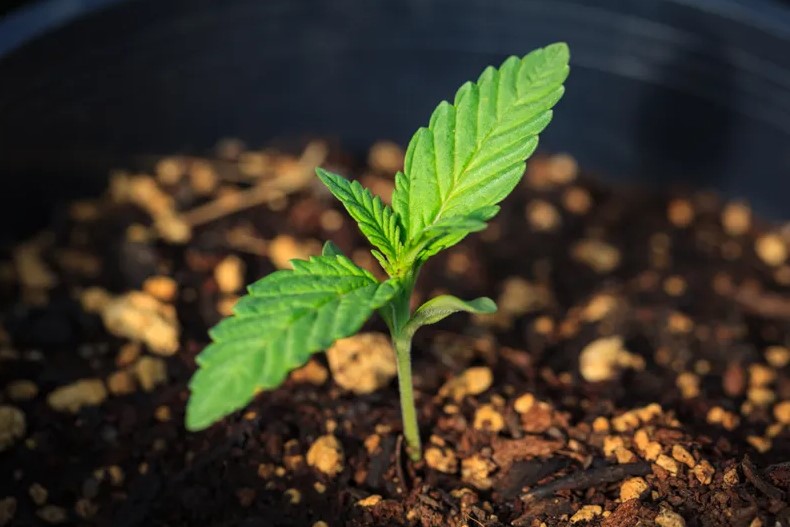 Today, the underground illicit market comprises 80 to 90 percent of the total market, according to some estimates. The cause is the ultra-high taxation and the extreme levels of regulation that require major capital investments for each and every link in the supply chain. As a result, the consumer will naturally choose the unregulated, untaxed, and untested market when a similar product is available nearby for half the cost.

With fewer than 600 retail permits and 150 delivery-only permits for 39 million people, there is simply not enough places to sell or buy legal weed in California. Think for a moment about how many places one can buy alcohol and cigarettes, both of which are more lethal to consumers. They are available in not just liquor stores, but nearly every supermarket, drugstore, corner store, and gas station.

The lack of licensed cannabis retail outlets means that legal, tested cannabis is not only more expensive, but also more difficult to find for the vast bulk of consumers. Hence, the majority resort to the “traditional market” (the underground one, that is) at the considerable risk of ingesting cannabis full of pesticides or lethal additives. Meanwhile, cannabis alone has been the cause of zero documented deaths — even the vape-related deaths were caused by vitamin E acetate or heavy metal contamination, not the actual plant.

But, if the government does restrict vape pen sales in a major way, it will assure that the illegal market will be the only place to get them. And then things will spiral further out of control. Haven’t the feds learned that prohibition doesn’t work?

What we really don’t understand is the rationale of cities, counties, and states that continue to outlaw cannabis. Legal markets protect consumers and protect the environment. Legal markets enable local communities to enforce zoning laws, collect taxes, and incorporate cannabis businesses into how they approach their use of natural resources. But they have to be fair and rational about taxes and regulations for this to all work.

More legal cannabis businesses will lower the cost for the consumer and support more small farmers. They would also bring jobs and economic development to rural areas. Clean, new dispensaries can rejuvenate a commercial zoning block in a town or city, bringing customers with disposable income to the area. 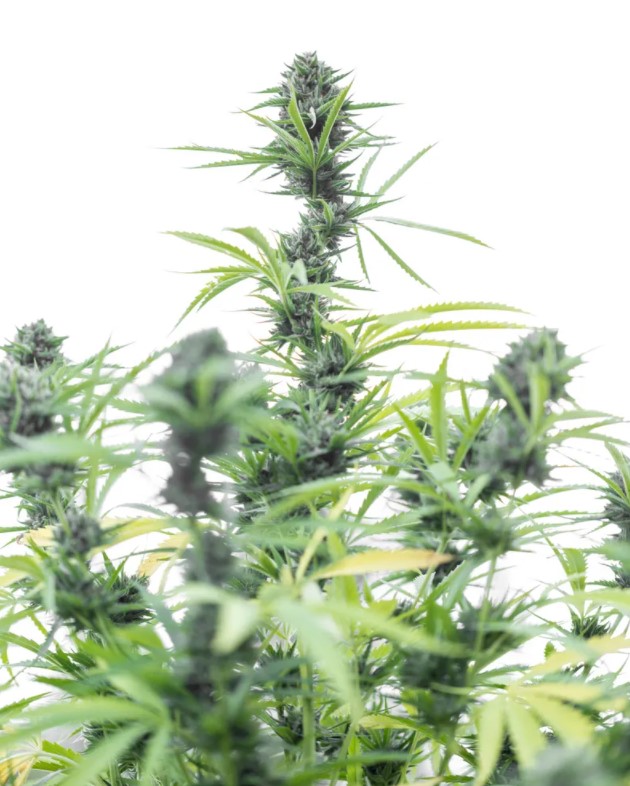 Regionally, we have had a few minor victories, as our local politicians have begun to realize that their ill considered ordinances and regulations have caused economic disasters in the once thriving Emerald Triangle.

In Mendocino, the Board of Supervisors amended a cannabis ordinance to allow a new owner of a previously permitted farm in the Rangeland Zone to apply for a growing permit. This was previously prohibited unless the new owner was a family member. As a result, the decision instantly raised the value of Rangeland property. Considering that this is where the majority of the growers have been cultivating for years, and that it comprises about 40 percent of all the available land in the county, and the land itself was permitted by several agencies at great expense, it makes a lot of sense. That’s a step in the right direction.

In addition, the Board of Supervisors is considering other changes to the county ordinance, such as reducing the setback distance from a neighbor’s property, from 50 to perhaps 10 feet. For comparison, the setback distance for a pig sty or chicken coop is three feet. And they think cannabis stinks! The Board of Supervisors may also increase the permitted cultivation canopy area up to one acre, though there may still be considerable opposition to this expansion from local environmental groups and small farmers who fear that large corporate interests will move into the county.

On the state front, the Appellations Working Group for the CDFA is about to release its regulations for public comment. This is after receiving considerable input from the Origins Council, a grassroots organization pushing for an appellation system for cannabis. This is a key proactive step to help small legacy farmers gain botanical IP over their products, which are a direct expression of the microclimate in which they are grown.

As for the harvest this past fall, most growers we have talked to said the long Indian Summer, full of plenty of sun and virtually no rainfall, produced a bumper crop. People are saying it was “maybe the best ever.” Here at Swami Select, it was a bountiful and beautiful harvest, as well. A few farms suffered from hard frost, but that was primarily in the lower valleys of the region.

However, many farmers have learned that having a great harvest is one thing, but selling the fruits of their labor legally is another. Several large distributors have begun to offer “slotting fees” to retailers. This is a common practice at supermarkets and other stores. It’s hard to blame the retailers, considering these payments do not involve them touching the plant, so the money can be deposited into a conventional bank account. For retailers struggling to attract customers, this is welcomed cash flow.

For us little guys, we just can’t afford it. We have been “paying” for our slotting fees by doing “in-store” appearances where we meet and greet the customers and to get to know and train the budtenders. It’s also a chance to observe how our products, and other cultivators’ products, are displayed in the different stores. 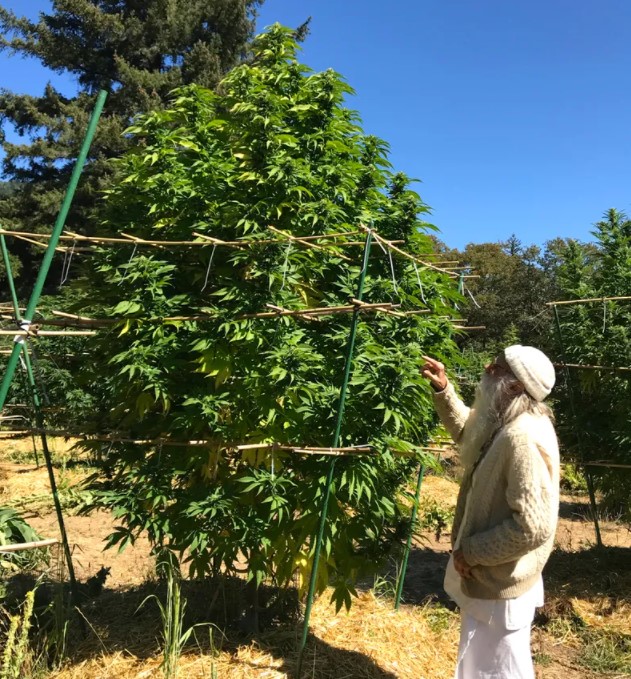 On the enforcement front, there were a fair number of busts this year, both for illegal growers and illegal retail shops. But, relatively speaking, there weren’t that many compared to the past. The Sheriff of Mendocino indicated that there were over 2,000 illegal grows in the county, many with environmental issues, but his team raided fewer than 30. Some people say that wasn’t nearly enough. Interestingly, the Sheriff recently tendered his resignation and we will have an interim Sheriff until the election in November. Being Sheriff in a county famous for its pot gardens cannot have been an easy job. He always said that enforcement was “complaint driven,” so if your neighbors did not mind your grow, and you weren’t damaging the environment, everything was cool.

Also in political news for Mendocino, three of the five Board of Supervisor seats are up for election in November 2020. This means that various grass roots cannabis organizations, such as the Mendocino Cannabis Alliance, are preparing to have candidate forums prior to the primary election in March. In other words, we now have a chance to get a few more pro-cannabis Supervisors into office. After all, our first level of political action is always local.

In Southern California, enforcement has been somewhat relaxed, compared to the number of unlicensed stores there are. Every few months or so, authorities in LA or another county raid a couple dozen illegal store fronts. Then everything goes back to normal. This may change in 2020. Recently the Bureau of Cannabis Control sent out notices to over 400 landlords informing them of illegal cannabis operations on their premises, for which they may have legal consequences. We’ll see what effect that may have.

We strongly support legal cannabis, but how can we judge someone who really needs the plant for purchasing from the underground market because they can’t afford legal weed? Or because their city or county still prohibits legal cannabis sales and cultivation? By restricting legal cannabis, these stuck-in-the-mud municipalities and jurisdictions are bolstering the illicit market. Go figure.

Cannabis, after all, is the People’s Medicine — be it flower, edibles, tinctures, salves, or concentrates. How can we blame those who are still in the “traditional” (or underground) market? As long as they are not harming the environment and are providing a pure clean product, they are fulfilling a dire need. 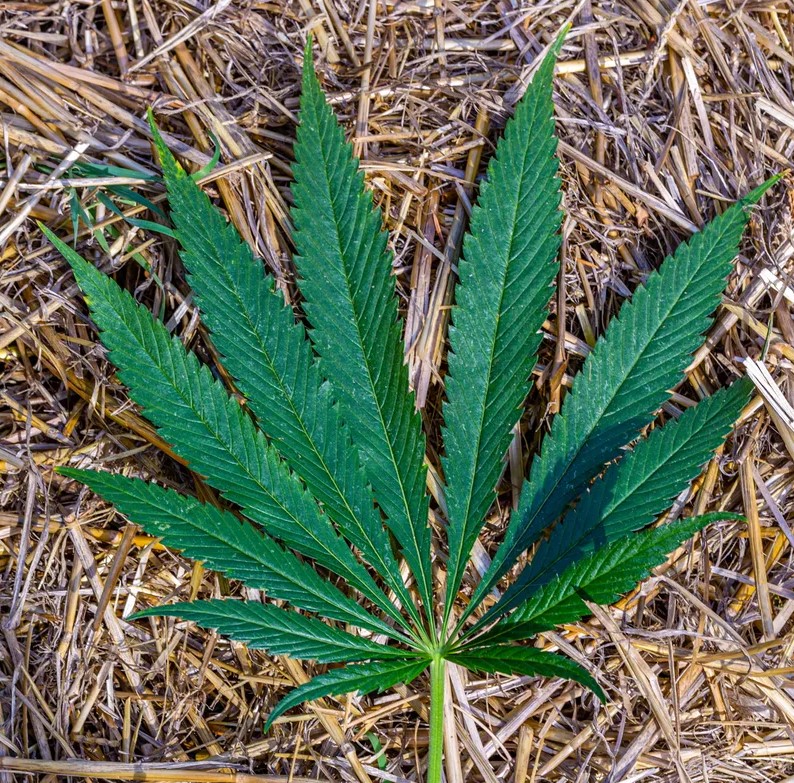 The legalization program California has set up is not working, by whatever measure. Maybe it is time to try a new tactic. Let’s totally embrace cannabis and the culture that surrounds it in order to maximize the participation and benefit to those who have pioneered the economic development of this magical plant. Legalize it, advertise it and promote it everywhere, in every village and hamlet, in every neighborhood, in every city. We should aggressively push “canna-tourism” like wine tourism.

May 2020 see taxes drop or disappear altogether when it comes to cannabis cultivators. After all, we don’t tax the tomato farmer. Test everything. Treat cannabis agriculture the same as all other types of agriculture, and treat manufacturing the same as it’s treated in other industries.  Allow more time and an amnesty for those still in the traditional market to come into compliance, including the availability of low cost loans.

There should be cannabis farmers markets as part of the “farm to table” movement. Like in the wine world, there should be tasting rooms and direct- to-store sales for those with below a certain maximum annual yield. May the powers that be allow us to create a total free market with stores and delivery services everywhere. May there be more smoking lounges and cannabis events with minimal bureaucratic harassment.

Let the market decide who survives and who thrives, but don’t skew it so that the big money has an unfair advantage. There should be as many places to purchase and/or consume cannabis as there are places to purchase and consume alcohol and cigarettes. We need to inaugurate cannabis courses in universities, particularly agriculture and medical programs.

As our next trip around the sun begins, let us celebrate the spiritual aspects of cannabis, which are the source of its healing and inspirational power, with cannabis-infused rituals, ceremonies, and celebrations. By the time 4/20/20 comes around, it should be a formal national holiday. We have a lot of work to do, but the future is hopeful for our favorite plant. May we embrace the Blazin’ 20s with open arms and full lungs!