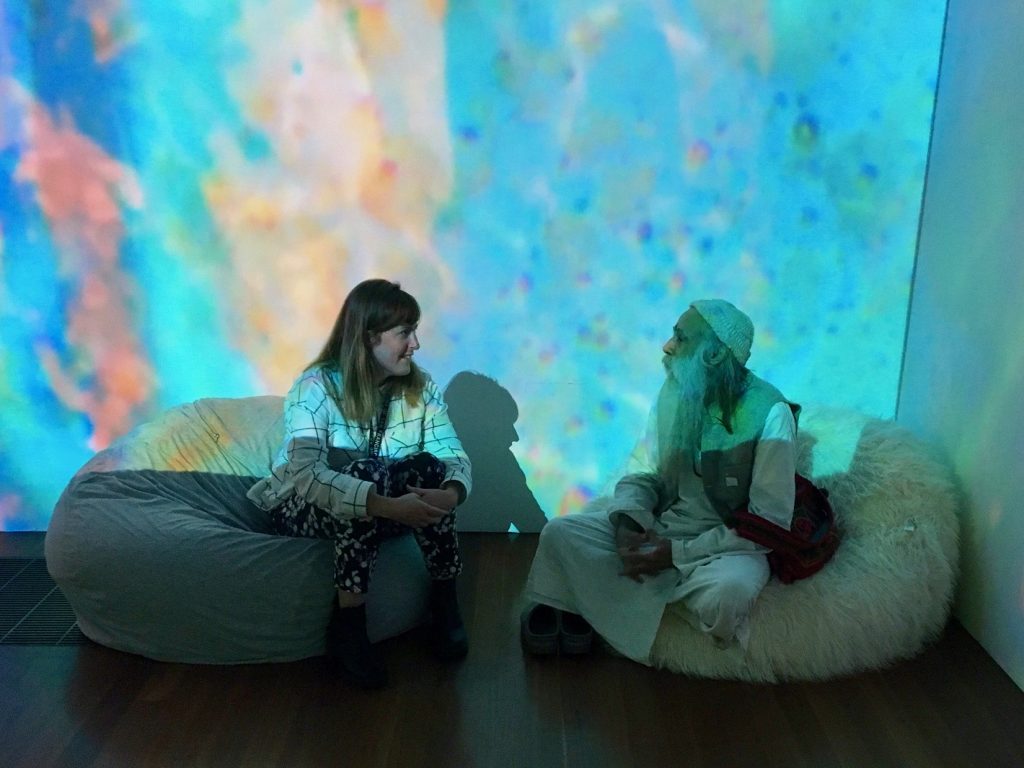 What an amazing week it was. Here’s a taste of what a few days with Swami, off-ranch, are like.

On Tuesday Nikki and I live-streamed the Board of Supervisors meeting to see the vote on the Mendocino Cannabis ordinance. In this historic, though rather anti-climactic moment—what with only three “yes” votes—the future changed for everyone in Mendocino County. It was an historic moment and I expect other counties will use it as a reference, if not a blue print. Now we get to see how it all plays out in the real estate market and in the mountains where the old timers live. If the enforcing authorities are flexible and lenient, more people will be encouraged to come out in the open. Most likely a number of growers will say it is too costly or too complicated to comply and continue with the black market or alternatively just say the heck with it and not grow.

After a beautiful sunny drive down the 101 we had a delightful dinner with Frenchy Cannoli, his wife Kim and protege Belle. Every conversation with Frenchy is intense and informative. We talked about drying barns and CBG-A, curing, terpenes, trichomes, fascinating stuff.

When we got back to our hotel we got a phone call from Cassie and Cole that the generator for the electric heaters in the greenhouse wasn’t working, even after they changed the oil. What to do? It was already  getting cold and frost was predicted. It was suggested that a line could be run from the compost tea brewer to the green house. Twenty minutes later, another call, No, that doesn’t seem to work. What now? I was out of suggestions, but they wisely decided to take the back-up genny from the solar power system, drag it over to the garden, and power the heater from there.

On Wednesday, after visiting Harborside Health Clinic and FlowKana in Oakland, we cruised into downtown San Francisco to meet with our legal and business counselor in his office on the 11th floor of the landmark James Flood Building on Market Street. This was a step back into the history of the great city, when hallways were made of giant sheets of beautifully grained marble and elevators were encrusted with gold.

After grabbing a bite at the Whole Foods on California, it was over to Fulton Street across from St. Ignatius Church to get my annual physical and medical cannabis recommendation from my long time doctor. Meanwhile, Nikki made phone calls and answered emails sitting in Misty, our trusty but battered silver pick-up truck. The Doc said I was all OK.

Wednesday night and Thursday morning we spent with old and dear friends. Thursday night, we went to After Dark at the Exploratorium for their Cannabis show. Despite the drenching rain and high winds, it was packed with people, the most ever for an After Dark over twenty-one event. Almost every one of the regular interactive displays and devices illustrating various physical, chemical, geological and biological principles was in action as delighted adults played everywhere, uninhibited by the presence of children. Scattered amidst these there were several demonstrations and lectures about cannabis. A popular one was the terpene station where enthusiasts could smell examples of different plants naturally containing the terpenes typically found in Cannabis. 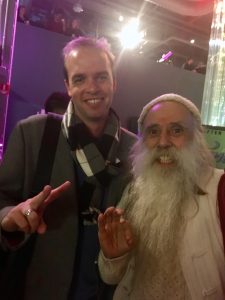 I ran into David Downs from The Chronicle and sat with Hezekiah Allen from CGA while he brought me up to date on doings in Sacramento. We were both amazed at the changes wrought in the last three years alone.

The whole place was buzzing with energy. It seemed that everyone had come in stoned, perhaps from edibles or vape pens or that joint in the parking lot on the way in. San Francisco is so chill when it comes to smoking on the streets, a feeling we have often taken advantage of to maintain our basic blood level of cannabinoids.

Fortunately, the wind and rain storm the previous night was over on Friday. But that morning another phone call came from Ganja Ma Gardens. This time Cassie described a wild night fighting the high winds at 3am, trying to hold down the plastic greenhouse cover on the hoop house. As soon as one side was secured, the other would blow away. I had a vision of her holding on for dear life as the white plastic flapped wildly in the wind, determined to protect the tiny plant starts from damage.

Friday afternoon we went to the opening of the Summer of Love show at the DeYoung Museum. Born and raised here, Nikki was just twelve years old then, but already a wannabe flower child. I traveled to SF in July that Summer, staying with a friend up on Carl Street in the heart of The Haight. But that’s a whole other story. At the museum show, young folks approached with the innocent question, “Were you really there?” It’s kind of odd to be a piece of history now, but we are proud of it. And us old hippies still party and get around as much as ever. Well, almost.

The DeYoung show was primarily taken from their huge collection of rock concert posters and photos (curiously mostly black and white and apparently new prints). It also featured outrageous handmade, embroidered and crocheted clothing. If the spectator had not been there then, it was quite likely a rather stimulating display. But for someone who had lived through it, the show perpetuated the cliché that it was all about a few rock groups, one or two outrageous events and some trippy posters. The feeling and the ambiance just were not there. A recreation of a hippie crash pad or a far out bedroom at a commune would have helped, as well as photos of daily life, not the same photos we have already seen over and over again.

The Summer of Love was not just rock concerts and fancy clothes, but there were any number of weekend “fashion hippies”. Those of us who had really dropped out (which for me came in 1969), lived it full time and did not work for The Man. It was about communes, people living together, outside the main stream, sharing food and clothing. It was about making a creative statement with your life: Do Your Thing – whether your thing was cooking, poetry, embroidery, carpentry, painting, music around the kitchen table, etc… And doing it while high on pot… Remember “Sex and Drugs and Rock and Roll”. This was the beginning of the birth control pill era yet pre-AIDS; Free Love indeed!

Another display was close to home. One whole room was given over to the simulation of a light show created by Bill Hamm, whom I got to know in 1969, when I also had a light show. The history of this ephemeral art form has been sadly neglected. Bill is one of the true masters. The magic of the art form is that it is performed live in response to the music in a venue full of dancing stoners or other immersive environment. The pre-recorded video projected onto four walls of an empty bright room, unfortunately did not capture the experience. Well, check it out, don’t take my word for it. Get stoned walking through Golden Gate Park before you go and have fun.

Continuing our odyssey, it was decided that Haight Street was the only appropriate place to enjoy a late lunch. We found a restaurant, Veganburg, and I was asked if I’d ever eaten there before. I replied that yes, I had first eaten there in the late sixties when it had a different name, but had pioneered in serving vegetarian food.

Back at our hotel that night another emergency from Ganja Ma Gardens was announced by the iPhone ping. This time they were about to run out of gas for the generator. It was already snowing and no one had chains for their vehicle. Should we drive right home that night? But I had not brought chains with me, so maybe we couldn’t get in. The life of a farmer; it’s always something. If it wasn’t this it would be something else, like a permit or an inspection.

In addition, were were scheduled for two other events on Saturday on the way home. First, the Mendocino Cannabis Resource Conference at the Laytonville Grange, where we had a table for the Mendocino Cannabis Industry Association along with the 420 Archive Project and the Mendocino Appellation Project. The main speaker was Pebbles Trippet, long time cannabis activist, followed by a panel discussion on the newly passed ordinance and how to come into compliance, featuring Casey O’Neill – Chair of CGA,  Hanna Nelson – Attorney, Supervisor John McCowen, and the Interim Ag Commissioner, Diane Curry. We couldn’t miss that, but were able to beg forgiveness for not making our friends daughter’s wedding at Harwood Hall in Laytonville. We needed to get home quick with some gas and food for everyone before any more snow fell. And quite frankly, as my father used to say, I was “Bushed”. After five days on the road, delightful encounters with friends and strangers, I had run out of “Social” and was longing to sit on the couch, smoke a Swami Joint and get warmed by the fire with my cat “Tyke” sitting on my lap.