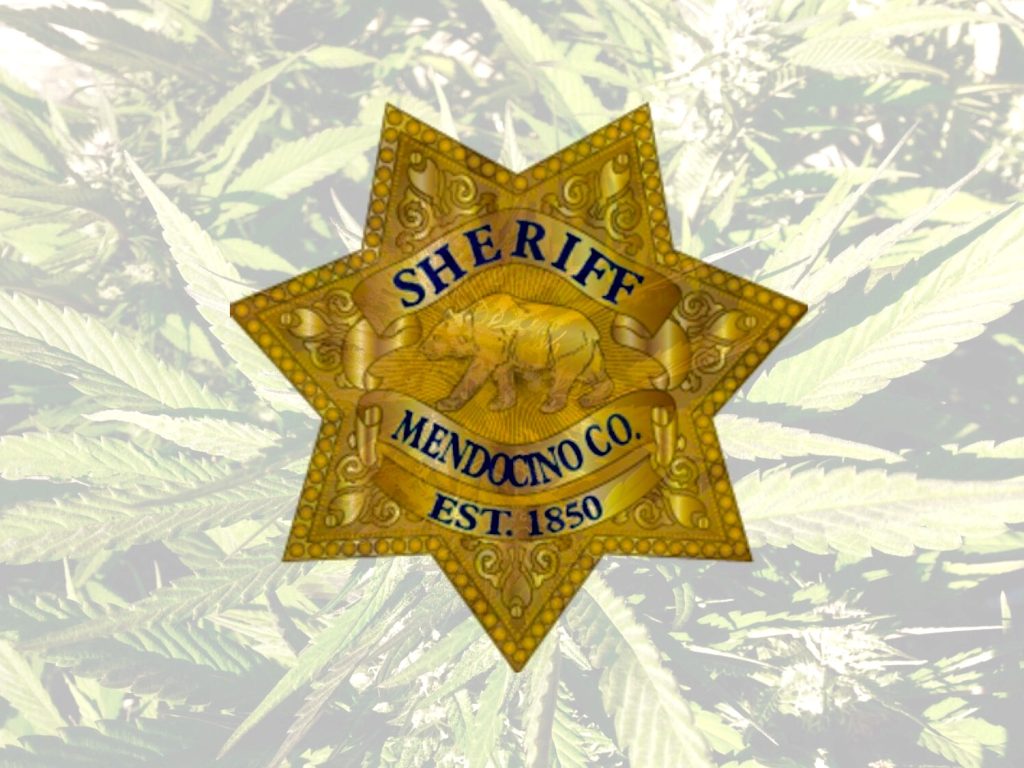 Last week started when we went to see our new CPA in Santa Rosa about proper bookkeeping, and about whether Ganja Ma Gardens should become an LLC, a Mutual benefit Corporation, an S corp or a C corp. For the last several months, Nikki has been assembling all the documents and totaling up receipts. In the past, of course, everyone was advised not to keep records, so accounts and records were kept inside of people’s heads.

It really is mind boggling. I have to keep reminding myself that we live in the most regulated state in the Union when it comes to environmental safeguards. Seeing the accountant was just one of the steps that is being required of those wanting to grow 99 plants in Mendocino County legally. We have already spent over $11,000 to prepare for the Water Discharge Waiver. We expect the Fish and Wildlife inspector to come by soon along with our paid forester consultant.

So luckily we had decided to spend last Monday night in Santa Rosa and have dinner with an old schoolmate of Nikki’s. And fortunately, we happened to have the permit application for the 9.31 program (to grow up to 99 plants) with us, to go over with the accountant. Lucky, because we found out by email Monday afternoon that the deadline for filing had been moved up nearly a month to the very next day, Tuesday, at 5 pm.

Nikki and I had seriously discussed the pros and cons of filing, asked our attorney what she thought and she asked her boss, but in the end we knew we had to file. It seems ironic that one should be so trepidatious about becoming legal. The next morning, after spreading the word asap to other farmers so they could get there in time to register as well, we headed to Ukiah to arrive early and get a place in line. We expected there to be crowds.

We arrived at the Sheriff’s office in Ukiah around 10:30 and absolutely no one was in line. However, the lady behind the counter was already in a bad mood. She sent us over to the Treasurer’s office to pay a non-refundable $1500 application fee, stop by the Agricultural Commissioner’s office to get our scale certified and sealed, and then back again to the Sheriff’s office to hand in the paperwork for the 99 plant application. Whoa. What had we just done??? Told the whole world that we are growing 99 plants! Who knows what repercussions that will trigger?

Now, at some point, the Under Sheriff, Randy Johnson, will send out a deputy to inspect our farm for compliance. Upon payment of $50 per plant for a total of $4950, they will issue 99 County zip ties. Then at least one other third party inspector, whose fee is yet to be determined, will visit the land. Because we have been Clean Green Certified for several years, we may get a discount. So we are looking at about $8000 to the county for the privilege of growing cannabis.

At the end of the day we learned that only about 400 people actually signed up for the 99 plant exemption. How many growers are there in the County? Some say as many as 10,000. How many will now face an increased threat of a police raid? What will happen to the black Market?

Yet the week had hardly begun. Monday was also the deadline for handing in signatures to place the Heritage Initiative on the November Ballot. Heritage Committee members and paid collectors gathered over 4300 signatures in order to end up with more than 2500 valid ones. The Initiative declares cannabis as an agriculture crop and establishes county zoning categories for all the types of cannabis endeavors detailed in the MMSRSA state law. The aim is to preserve the economic viability of the thousands of small cannabis entrepreneurs whole are pursuing their livelihood in a responsible way. These are the people who are the economic back bone of Mendocino County.

By Friday we were back in the Bay Area again, after another quick visit to our CPA in Santa Rosa and a brief stop at the Board of Equalization to get a tax number and ask more questions. We admit that we are total rookies at this stuff! After a pleasant stop by Harbourside Health center in Oakland, we were back in our old San Francisco neighborhood, North Beach. The next morning was back to business: a two hour meeting with our lawyer over possible contracts. What the heck’s going on here?

We changed hats from being business people to being promoters later that day when we stopped in at the annual “Taste of Mendocino” event held at Fort Mason Center. Our friend Tom Rodriguez, owner of Maple Creek Winery in the Anderson Valley region of Mendocino County, had a table there with a view of the Golden Gate Bridge, alongside about 25 other wineries as well as a cheesemaker, a chocolatier, and even a bee-keeper selling six flavors of honey.

Nikki and I were inspired to “work the room” promoting Sungrown Mendocino Cannabis – in a place where everyone was eagerly enjoying the fine wines. It was a fun and simple survey: we’d walk up to someone or a couple of people, and ask, “What’s the first product that comes to mind when you think of Mendocino County?” Out of about 20 people asked, only 3 had a faint clue of the reality. Two of them suggested, “Marijuana?” and one plainly stated, “Dope.” I replied, “Yes, but it’s Cannabis!” It was astounding to realize that most people have no idea that the world’s best cannabis is being grown right here in Mendocino County and has been for the last 40 years. We live in a bubble for sure.

All in a Week’s work. It ain’t easy jumping through all the hoops they are presenting in order to come into compliance. And this is only for this year. It will all change again next year, when the Agriculture Commissioner is supposed take over. Beyond that, once we get the county approval, the state is going to want its pound of flesh, too.

So it goes in the brave new world of regulated cannabis cultivation.