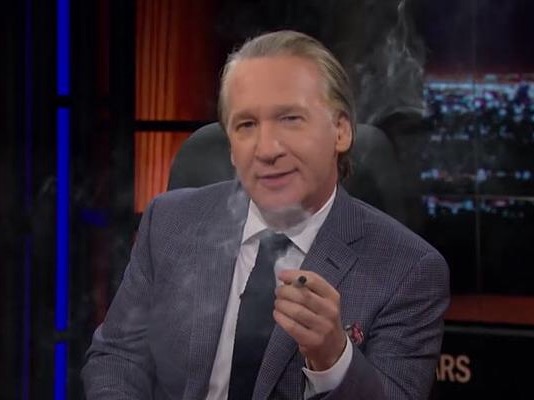 I just read that after Bill Maher lit up a joint on his show the FCC fined him $1.7 million, making it the most expensive joint in history. How Quaint! Everyday they allow thousands of programs on TV to show non-stop killing, murders, maiming, explosions and destruction of tens of thousands of people, animals and buildings with nary a fine. The message they are sending is very clear.

Further, possessing cannabis is still a felony for the DEA on the federal level, while tobacco and alcohol are readily available in every corner store. Six Hundred Thousand people were arrested for cannabis possession in 2014, while federal law allows any one to have a gun (except cannabis farmers). What message is that?

No one has ever died from a cannabis overdose, yet cannabis is seen as a dire threat. Every year alcohol, tobacco and guns (often in conjunction) together cause over a hundred thousand deaths, yet all are viewed as integral to “the American Way of Life {DEATH}”. What are they proselytizing here?

Moreover, in California, as already done in Washington, Oregon and Colorado, they are proposing to tax cannabis sales, justifying it as a “sin tax”, falsely comparing it to alcohol and tobacco. These latter are taxed to compensate for the social and medical damage that their consumption causes, so that their users bear some of the cost of repairing that damage.

But Cannabis heals and inspires. It doesn’t kill or cause disease, depression or drunken rages. Cannabis can wean people from alcohol or tobacco abuse. Cannabis products can free people from dependency on expensive, habit-forming chemical pharmaceuticals.

The cannabis culture of the family farm and cottage industry is a positive contribution to the social fabric. This is seen in our music, art, crafts, literature and numerous festivals. The magic of this splendid herb should be available to any and all who wish to benefit from its myriad uses in its innumerable forms. The hippie mantra PEACE AND LOVE still resonates.

Cannabis is like water and air and earth: we are blessed with their use but we must strive to keep or return them to the purity and vitality and sanctity of Mother Nature. More and more sungrown cannabis farmers are transitioning to sustainable methods of cultivation, using remedial techniques to restore the earth and waterways while also producing the highest grade cannabis and other herbs and vegetables.

We heal the earth and the living creatures thereon. Amen. Awomen.