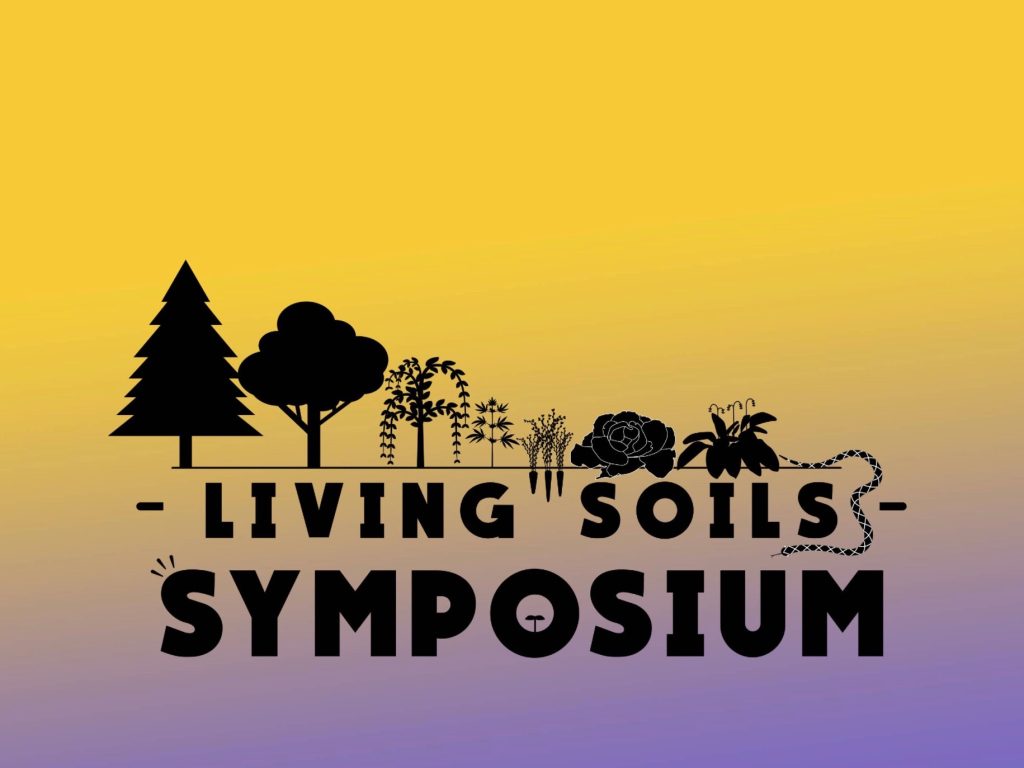 Last week, eager to dive deeper into regenerative models, my garden co-creator Cassie and I drove up to Medford, Oregon for the second annual Living Soil Symposium.

The Symposium gathered friends new and old, some from the 2016 Emerald Cup’s  “Living Soil Contingent.” People came from as far as Jamaica, Canada, Philadelphia, Florida, Nevada, and, of course, Oregon and Northern California. With over 300 eager participants, the energy was high throughout each full day of learning. It was like being back in college again.  Presentations bursting with information were further enriched by beautiful photos of the achievements made over the years by dedicated farmers. The presenters’ enthusiasm fueled so much inspiration.

But there was an added element or under current of urgency. The Symposium was about Living Soil and about the importance of remediating the health and vitality of our precious Earth. The chemical and mechanistic approach to agriculture promulgated by the giants of Agro-business is rapidly destroying the very substance upon which all earthly life depends: soil.

Many at the symposium had a sense of mission to spread the concepts and techniques of these alternate methods of land use (instead of abuse), for the mutual benefit of humans and nature. If we as a species do not act now, we could destroy our planet’s ability to sustain the ever expanding human population. An alarming die off of Earth’s species is already currently underway.

Thanks to these learnings, I’m newly motivated to re-explore my rangeland with permaculture’s principles fresh in mind. The first rule is to observe, watching the seasonal changes, noting how the wind and water flow and where the sunrise and sunset move throughout the year.

The drive to the Symposium was as inspiring as the coursework. Cruising along the western edge of the continent on the 101 is a visual cornucopia. Numerous mudslides attested to the bountiful rainfall we enjoyed after the drought, indicating the fragile condition of the environment and humanity’s impact on it. Cutting through the mountains along the Jedediah Smith River the route’s rugged beauty seems to take one back in time to when Smith was the first European-American to walk the coast of California and Oregon. Beautiful fir and snow clad mountains, rolling mountain valleys with a history of cannabis cultivation. The area from Grants Pass to Ashland and the Rogue River Valley appears to be a slightly northern variation of the Emerald Triangle. Not that Oregonians would be comfortable with such a designation. At a Grants’ Pass gas station I mistakenly got out to pump gas when an attendant asked how he could help. I said that I came from California, and he responded: “Oh! I’m sorry.”

There were a few signs of Oregon’s legalization of recreational use, or REC (wreck), as locals call it. Even on the streets of Medford, I noted several cannabis dispensaries and one advertised Dab Bar, though, on the Saturday we were there, no one seemed to be going in or out. Don’t quote me, but word was that 75% of new cannabis endeavors have gone bankrupt already. Curious word, bankrupt, because the banks usually are the only ones who really make out in the process.

During our limited downtime, a group of us went out to visit a brand new grow installation in the nearby hills. Three friendly young folks had found investment to erect a 96 x 40 foot steel greenhouse, replete with black-out curtains, grow lights, sophisticated ventilation systems, polycarbonate windows, power system, etc. The gear had come from a firm in Canada specializing in pre-manufactured buildings. It was all very up to the minute high tech, and they were planning to use grow pots and some form of living soil to grow clones. Naturally, I had to hold my “sungrown from seed” purists comments to myself. They plan to grow in living soil, after all.

Back at the Symposium on Sunday, there was a demonstration on collecting Indigenous MicroOrganisms (IMO) using boiled rice, as practiced in Korean Natural Farming. There was also a fascinating review of the basic tenants of Permaculture. Many of the progenitors of this developing awareness of all the living creatures which make up our soil were honored, such as Rudolph Steiner and Biodynamics (German), Bill Mollison and Permaculture (Australian), The One Straw Revolution by Masanobu Fukuoka (Japanese), Master Cho (Korean), Elaine Ingham (American), Sepp Holzer (Austrian). This dynamic family tree reveals that ours is truly an international movement with both ancient and recent roots. The most cutting edge theories of agriculture actually are the most ancient. And it is thrilling to note that the young farmers within the Cannabis culture are the ones leading this growing awareness of how Nature and soil actually work.

The real takeaway from the symposium, notwithstanding the immense amount of information imparted, was the sense of discovering a community with a higher purpose. Meeting an enthusiastic and inspired group of people who are committed to regenerating the soils of our planet is an affirmation and a stimulus to redouble our own efforts. Our human role in the earth’s ability to sustain life is the critical issue at hand. As Chris Jagger said, now it’s time to “work harder”.