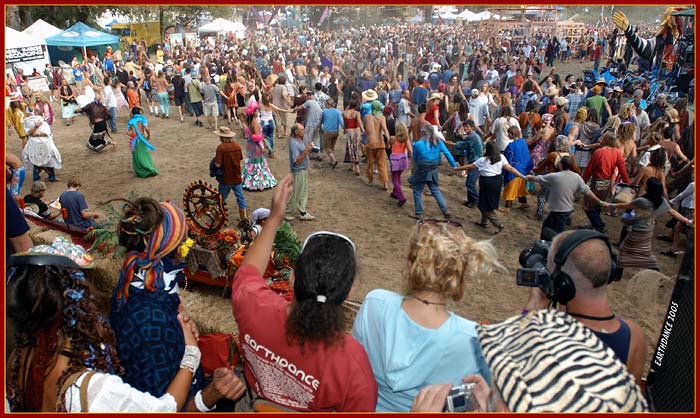 One could argue that festivals began with the dawn of man and woman. No doubt some Neanderthals lumbered out of their caves at least once a year for a gathering of their tribes, in order to meet possible mates of the opposite sex, if nothing else. As soon as someone figured out that pounding on a hollow tree trunk produced a mesmerizing rhythmic beat, music and dance were born. Music added a little entertainment to the annual meetings. It encouraged an out of body experience through dance. At some point in our early evolution, we discovered psychoactive substances, adding them to the mix. Put it together, and you have Sex, Drugs and Rock n’ Roll, prehistoric style.

It’s not much different today. 1967’s Summer of Love brought many freedoms. Free concerts, free food, free love. Millions made pilgrimages to bucolic towns like Woodstock, to camp, dance and play together. Drum circles beat out wild rhythms while young people swirled around in states of ecstatic bliss. In San Francisco, where I grew up, there was a free concert in Golden Gate Park every weekend. People were reawakening to their innate knowledge that it feels good to gather and dance.

In the 1970’s in Goa, a small tropical state on the west coast of India, hippies from all over the globe gathered. Turns out, for some, Goa was the perfect place to “turn on, tune in and drop out.” These “freaks” congregated on Goa’s beaches for infamous all night “Full Moon Parties.” There, itinerant rock bands played tunes through scratchy old speakers. Like a toddler giggling at their constant “discoveries,” places like Goa in the 1970s inspired hope.

By the early 80’s, as electronic music was beginning to take off in Europe, DJs appeared on the scene. They quickly realized it was much easier to plug a tapedeck into those same funky speakers and let it rip. The music could go and go and go. BOOM BOOM BOOM. It pounded across the rice paddies through the warm, humid nights. 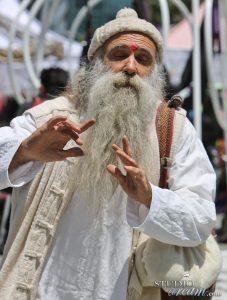 As often happens, the freaks of the world — the eccentric artists and characters with vision — paved the way for today. Just as health food, psychedelic art and the spread of Eastern philosophies emerged from the hippie generation, the all night party scene transformed into the giant festivals we see today.

Festivals have become city sized. The famed Burning Man attracts 70,000 participants. Nevada’s Electric Daisy Carnival welcomes 300,000 attendees. In Tennessee, where possession of a half ounce of marijuana or less is a misdemeanor punishable by up to one year in jail and maximum fine of $2,500, is the huge Bonnaroo Festival. No doubt more than a few in attendance use cannabis. What else can be expected of a city-sized populous but to have statistics on par with cities like New York City, Los Angeles and Houston? Does “the law” really think everyone is only getting drunk, the state sanctioned form and society approved way to get altered? What’s going on here?

Like everything in our current world, things happen on a big scale. These giant events have several stages, fantastic light shows and big name performers. If an alien ship were to pass overhead, they could not help but to notice. But who would notice them with the spectacle going on down on the ground? Yet, even amongst the smartphone wielding throng and the high dollar DJs are crowds of blissed out partiers. These folks aren’t so different from the prehistoric tribe at their annual clan gathering. Sure, the music’s anything but acoustic, yet, in the end, the simple human desire to enjoy life together is satisfied.

May your summer include some festival fun. We are going to the Eclipse party in Oregon in August for a taste of the tribe. Dancing together under the moon, sun and stars is as ancient as we are. So is smoking cannabis. The two of them together make for a perfect way to get grounded and high at the same time.