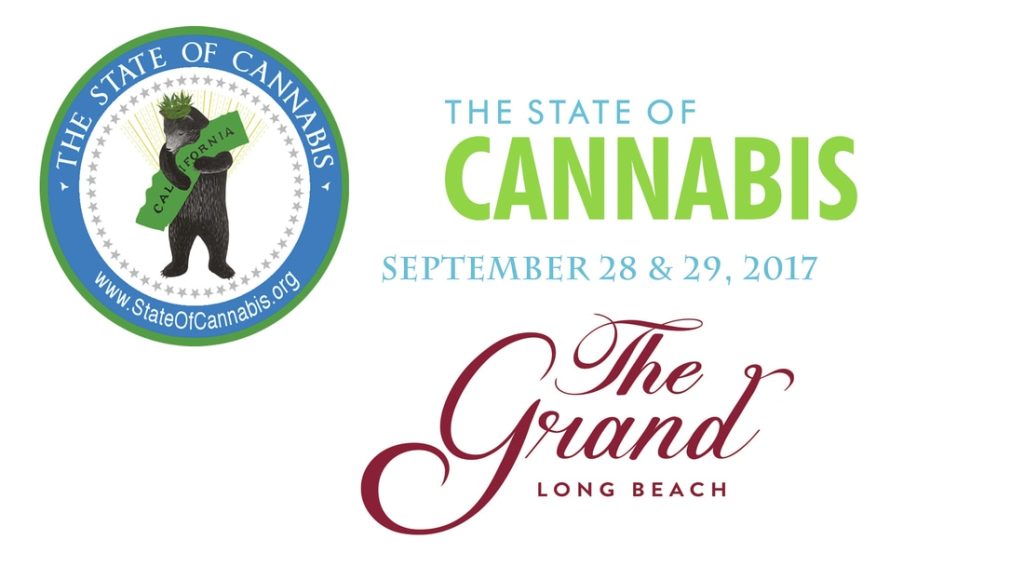 For the second week in a row I traveled to Southern California for a cannabis conference, but this one was very different. For one thing, Nikki accompanied me and we had a booth in an open courtyard at the venue where we could smoke our flowers. This was an historic first at these conference events and we got a lot of people really stoned on Swami Joints. Our SoCal brothers and sisters just aren’t used to pure sun grown from Mendo. It was just so cool to be hanging out in public, sparking “phatties” with new and old friends as State officials and investors in suits wandered by. 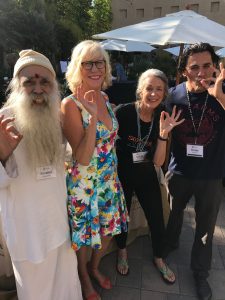 This was the inaugural State of Cannabis Conference produced by the amazing Susan Soares. I worked with Susan as a co-producer at a previous State of Marijuana in years past. She has created quite a wonderful little family who attend anything she is involved in producing. Just chilling with people in the “movement” who have known or known of each other for a long time is precious. But now, as we transition into an “industry”, it is very important to keep our personal connections alive and bright. At the same time, we get to have eye contact and interact with the very State authorities who are tasked with regulating this heretofore underground “wild-west” business.

Again at this event Lori Ajax, the Chief of the Bureau of Cannabis Control, was the keynote speaker. She took this opportunity to explain more about provisional licenses which will be available in December for those who can demonstrate they have County approval or some form of permit. She reiterated that the Bureau is committed to making it work. The count down to January 1, 2018 is relentless. The emergency regulations will be issued in early November along with the publication of a brochure with guidelines for obtaining a State permit. She, as well as Amber Morris, Branch Chief for Cannabis in the Dept. of Food and Agriculture, both mentioned the value they placed on input from the cannabis community during the days of public comment. Many valuable suggestions were received, which they said were incorporated into the Urgency Regulations about to be issued. 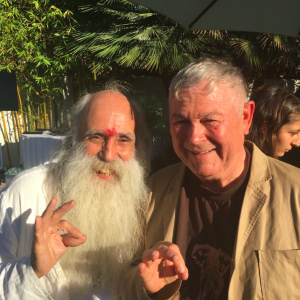 everyone involved is a real person, an individual, who is performing their job to the best of their ability and convictions, for the overall benefit of the community as they see it. This is truly a critical moment in California. Laws are being written in the Supervisors meetings, County Staff meetings, by State Departments’ and Bureaus’ regulation crafters, by the growers and tincture, salve and concentrate makers. It is being created in the newly formed Ag Co-ops and political organizations in counties all over the state. It is truly a grass roots movement, in all its possible meanings.

Prior to 2014, I didn’t know the name of the Assembly member representing Mendocino, or the State Senator, or the Congressman. Now, I not only know their names but I also know the Chairman of the Mendocino Planning Commission and many officials in her department, as well as the name of the Deputy County Council and the people in the Agriculture Commission. The biggest reward has been to know and work with all the committed activists of our County and State and to meet hundreds of people in the cannabis community. There was a contingent of Nor-Cal people at the State of Cannabis, among them Justin Calvino, founder of the Mendocino Appellations Project, Mikey Steinmetz, founder of Flowkana, and Omar Figueroa, noted Cannabis Attorney.

It was great to say hello to Assemblyman Reggie Jones-Sawyer again; he was at the State of Marijuana in 2015 and was one of the authors of the MCRSA bill. Shaking his hand and seeing that his hair had gone a bit grey made me think of how much change has come to the cannabis world in a few short years. That previous conference had a feeling of optimism at the passage of the law by the Legislature. The following year, 2016, there was a feeling of tension, anticipation and quandary. Would it pass? Was it a good Proposition? Should I vote for it? Was it good for cultivators? What about social justice?

At the State of Cannabis, the feeling was rather of a Reality Sandwich: How is this going to work? How does it affect my business? What will it take to be successful? It’s now down to brass tacks: business plans, insurance, commodity pricing. 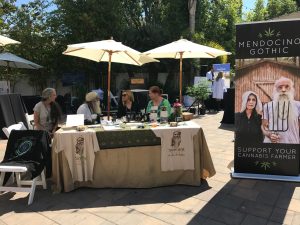 I was on a panel discussing the past and future of the black market. Once again the conclusion was that to make the transition to legal markets one needed to find one’s niche and excel in that sphere with a pure product. I pointed out how difficult it is for the small craft cultivator to survive because of the cost of getting permits, coming up to code and hiring professional consultants and contractors to meet the requirements. Pile on taxes, testing and distributing costs and the clandestine growers see no percentage or profit coming in. That is why out of an estimated 30,000 cannabis cultivators in the Emerald Triangle, fewer than 10% have even applied for permits and to date fewer than 10% of those have actually been granted permission.

The Conference closed with a brief address from Republican Congressman Dana Rohrabacher from Orange County. He quoted the Declaration of Independence and the Constitution in defense of his stance in prohibiting the Government to use budget money to pursue cannabis enterprises in states with legislation controlling them. Whatever his other politics, he was the hero we needed at the time, and still do. I shook his hand and said to him that “Life, Liberty and the Pursuit of Happiness” was perfectly expressed through cannabis. He readily agreed.