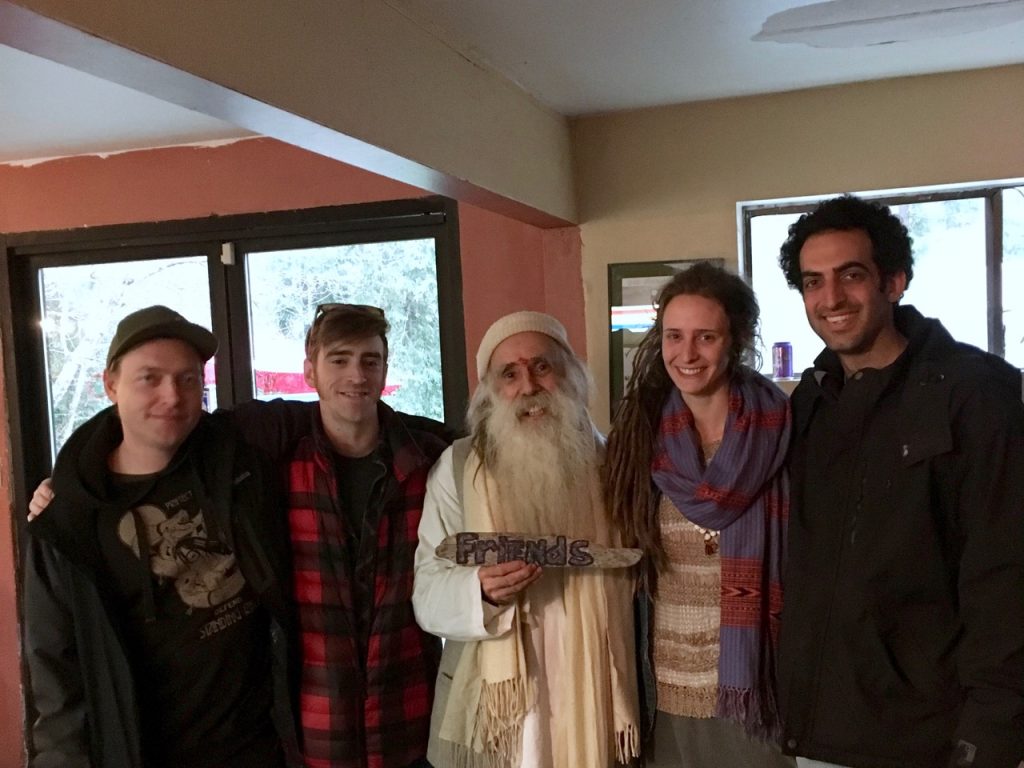 The Annual Mendocino Seed Exchange happened last Sunday at Area 101, home of the Emerald Cup. It went on all afternoon with moments of surging crowds of 30 or more people  clustering around several tables displaying cannabis seeds and all kinds of other flower and vegetable seeds. At other times there would be a lull when people would wander off or leave after trading or acquiring or gifting seeds. Then another surge would happen as new people arrived creating a renewed buzz. Meanwhile, in the other half of the room there was a children’s tumbling and hoola-hoop area, with mats, a rope to swing on and adult supervision.

Everywhere were lively conversations, seed talk, soil talk, strain talk, animated discussions with people eager to learn and share. Seed trading or gifting is a long tradition up here in the mountains of the Emerald Triangle. When we first moved up here, a friend brought over a whole flat of seed starts that were about four inches high.  There were extra, did I need any, were his words. Well, they became most of my crop that year. Another time a friend lost her tiny starts to rats and mice, so I had extra seeds so I gave them to her, then next year I lost some starts to frost, and was gifted a whole bunch of new seeds by someone else.

In the past, however, these exchanges were done in private just amongst close friends. Another friend lost his crop years ago to a Sheriff raid and a whole bunch of neighbors got together and gave him their shake, from which he made hash and was able to make it through the year. This sense of community has been here for a long time, but now we gather together in public meetings, we have cannabis farmer’s markets, appear at Board of Supervisors meetings, form committees and organizations, even go on TV and say “Hey, we’re cannabis farmers!” Just the fact that we say Cannabis instead of “pot” or “weed” denotes a basic change of attitude within the community itself.

One of the main topics of the day was Regenerative Agriculture, as more and more people learn of this radical “new” yet ancient method of cultivation. Striving to recreate the ways that nature grows the forest or the jungle leads to a greater awareness of the inter-connectedness of all parts and all beings that comprise the world we live in.

At Ganja Ma Gardens we have been transitioning to a more sustainable way of growing. Regular readers of this blog will notice that I am forever changing the way I do things. Several years ago, I found out about Hugelkultur and other aspects of permaculture. I made a wish for someone who was studying those techniques to come and help me create a new garden based on those principles. After some time, the cosmos sent someone who had then just completed a course in permaculture in the person of Cassie Boraiko, who had been a volunteer here previously. As a result, for the last few years I have been learning the philosophy and science of living soil and the soil food web, just as this awareness has been sweeping over the whole cannabis cultivating community. Cassie, too, diligently continues her studies.

Last year the big change was to take the soil which was in smart pots, but had originally come from our land, and put it into holes in the meadow which were laid out in the Sri Yantra pattern. This soil had been sitting in piles which the previous owner had made upon cleaning up his timber harvest operation and so had been “self-composting”. It was heavy in clay, so over the years we have put more and more organic matter in, starting with alfalfa meal and cotton seed meal, along with compost, chicken manure and mycorrhizae. When we put the old soil in the new holes we first added oak branches, oak leaves, charcoal, compost and threw in come beneficial nematodes for good measure. We also switched over to compost teas, instead of powdered amendments, even though they were organic. These prepared tea mixtures initially came from our worm castings, Synergy Agricultural Products, who also sold us the tea brewer, and from Dragon Fly Earth Medicine, both of whom have been very helpful with follow up consultations and more. This year we are making our own blends.

One thing we learned this year about using compost teas to foliar spray the plants is that if you spray after the first flowering starts, there is danger of failing the new microbial tests, which various dispensaries are requiring and soon enough perhaps the state as well. As yet, they do not distinguish between beneficial or malevolent microbes, nor have tests been done to see if any of these microbes are harmful after they are smoked or heated, or if they contaminate concentrates during extraction.

For those who will grow a crop this year, the next few months are crucial ones for soil preparation. First, soil for germinating the seeds needs to be mixed with special ingredients.

This year, thanks to Cassie’s inspiration and research, we are taking more steps to make the garden more sustainable & regenerative. There is an ambitious program of plant juice fermentation, cultivating indigenous microorganisms, making bokashi for use on the compost piles, also growing crops for compost, mulching, fermentation and compost teas, to be combined with worm castings and worm juice. We are saving eggshells to dry and grind into powder, gathering & blending local mosses that have fallen to the ground (never taken from the trees!), collecting forest duff -responsibly- to mix with coffee grounds and Norwegian Kelp meal for the sprouting mix. All this will be thoroughly mixed with the indigenous soil and microorganisms will be added. These same things will also make the compost teas, with other ingredients added as the season progresses.

This year we will put the seeds to sprout directly in soil made in a soil press. This compacts it into approximately 2 inch cubes, which supposedly do not need those annoying tiny little plastic pots, which just become land fill after one or two uses. Without plastic sides the plants don’t get root bound, since when one sees the roots coming out of the cube one then puts it in the next larger 4 inch “rammed earth” cube, until finally, after it has declared its sex, she is put in the ground.

All in all  its a very exciting time of year as one feels the energy of springtime build up and a few sunny days help to relieve “Cabin Fever”. We all itch to be out in the Garden.