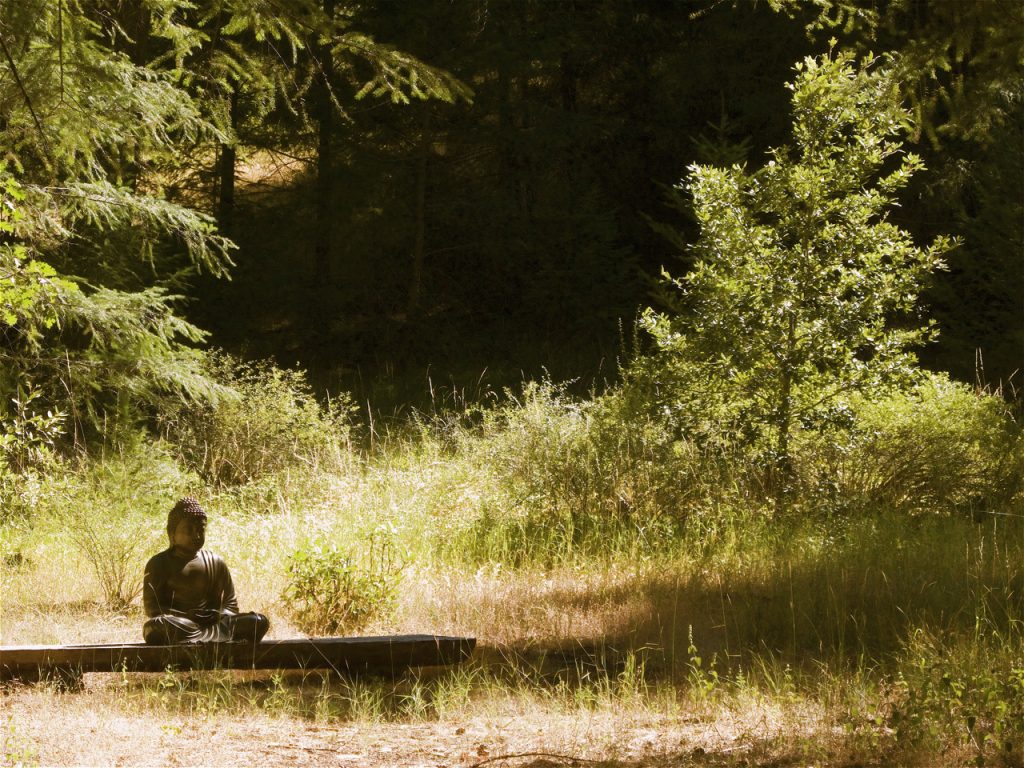 On Monday, I drove through a small section of Redwood Valley on my way home from Ukiah. I passed many scenes of total destruction, entire homes turned to ash. What struck me was the sheer randomness of it all. There were houses still standing, save for a few blackened trees and trucks, while everything else around them was left unrecognizably burned. Half a mile down the road, in the midst of a swath of green lawns and an unscathed group of houses, a single home was just ashes. There seemed to be no rhyme or reason. Clearly, the urgent needs of all of the fire victims take precedence. County Government and all the responders are giving dedicated energy to his tragic issue.

Clearly, the fire’s burn brought sadness, frustration and depression, feelings which have maligned Northern Californian communities these last few weeks. The fires brought a sort of culmination of malaise, for the die has already been cast for the small cannabis farmer. The “old way of life”, a life folks have been tending for 50 years, is already turning to ash. So many people are in despair or denial or outright dread. Every day, I hear of more people giving up the ghost and ceasing their grow operation.

When one places our local tribulations in the context of State and National laws and events there is not much cause for hope either. We feel powerless and stymied, unable to shape our own world, victimized by forces of nature, politics, big business and the inevitable changes brought by the relentless grinding of economic progress. Mechanization and corporatization is taking over the production of cannabis, which in spite of all statements to the contrary was their intention all along. Regulate, tax and permit the small grower to death. Deny them water, impose harsher stricter conditions and drive them out of the mountains. Even assert bogus claims that logging did less damage than cannabis growers. 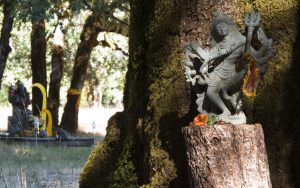 Is there someplace to find hope? Yes! In the way we come together to help each other. Several families I know who lost homes have said they are just grateful to be alive and they are looking for ways to help their neighbors. Schools, Churches and the Granges have been rallying points.

Yet if one takes a wider view, a cosmic view if you will, our place in time is witness once again to a classic conflict of good and evil. If we realize this is the scale and meaning of the present, we can refer to many mythologies of the world to find guidance. Whether the myth is Greek, Roman, Christian, Hindu, Judaic or any other there is always a battle between the forces of Good and the forces of Evil. Somehow or other Good manages to prevail, but just barely and only for a while, until the Bad gets the upper hand again. The difference comes in how each individual and each society reacts to and performs in the new crisis.

It is of the nature of existence to fluctuate between positive/negative, yin/yang, Siva/Shakti, male and female just as there is the succession of new moon/full moon, high tide/low tide. This is a world of Duality. Nevertheless, there is a third modality, the way of balance, the path of the cosmic flow. In this way, opposites are transcended and they become complements. The equation becomes positive/negative plus the relationship between them, almost as if positive=negative, where the equals sign indicates the relationship or balance between the complements. This is where the fabric of reality is created, through the third dimension. These triples pervade the manifested world: Past-Present-Future, I-You-It, solid-liquid-gas, waking-dreaming-sleeping, body-mind-spirit.

In the mythologies, the battle is won through heroic action or compassionate sacrifice both individually and collectively. The point is for each individual, each community to make a positive statement: perform a creative or compassionate act, help a friend, give a gift, smile, listen! Since most of the news and stories from the “outside” or the “real” world are distortions of the truth, we create our own news, write our own stories, live our own myths.