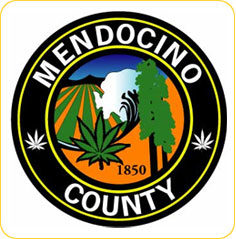 Logo Credit ~ Toke of the Town

Saving the Goose Who Lays the Golden Buds: An Excerpt of Swami Chaitanya’s Letter to Mendocino County’s Board of Supervisors

Dear Chairman McCowen and Board of Supervisors,

Thank you for listening to me over these years. If I can bend your ear one more time, I’d appreciate it.

In spite of all the efforts of numerous County agencies, the number of cannabis cultivators who have come forward to sign up for the permitting program is seriously below expectation. Out of an estimated 10,000 growers only 750 have applied for a permit, fewer than eight percent. Why haven’t more applied? Why wouldn’t everyone want to be legal?

Looked at from the grower’s side, the question becomes, “How can I survive?” The smaller growers, the mom and pops, who rarely grew more that 25 plants to supplement their income, do the math and realize it’s not going to work. The process of compliance, the fees, taxes, property upgrades and professional consultant costs would quickly put them in the red. In addition, they don’t want to attract the attention of Government agencies poised to challenge their rights to water or red tag their buildings. Many small cultivators have simply given up and stopped growing beyond what they need for their own personal use.

The thousands of growers in Zoning Areas such as Rural Residential 2 Acre, Forest Land and Timber Production Zone, with sunset provisions in the Cannabis Ordinance, see absolutely no reason at all to sign up. If they can’t grow after three years, why go through the cost and hassle now? Why even apply? Most will just take the risk that they won’t be busted because the County and State do not have the budget or jail space to arrest everyone. In three years however, prohibited from growing, will they be able to make their mortgage payments or buy food and clothing for their children? Perhaps they will be in jail or on welfare. Many people have invested all the profits from cannabis cultivation back into their farms. This is their sweat equity and life savings but the land now is devalued because there is a sunset provision. For Range Land owners their parcels are also devalued because if they sell the land the new owner cannot grow there since the permit mistakenly goes with the grower instead of the land.

For 40 years, Mendocino’s real estate value has been largely dependent upon the face that the area provides perfect growing conditions for cannabis. The County benefited from higher land taxes. When the price per pound of cannabis reached $5000 in the early ’90’s, a farmer could pay off their mortgage after four or five good crops, so real estate prices went up. Cannabis flowers currently sell for only $500 a pound. Unfortunately, many growers are now denied permission to grow in their Zones in the future or to transfer a permit if the parcel is sold. As a result, their land is suddenly worth much less. More importantly, this means that all land in these Zones is now worth much less, regardless of whether or not it has been or will be used to grow cannabis. Because 90% of land – over 1,700,000 acres – in Mendocino is Range Land, Timber Production Zone or Forest Land, 90% of our County has, with the stroke of a pen, lost significant devalued as a consequence of the Cannabis Ordinance. Even worse, after 2020 all of this land is off the table for initiating any new grows. This “No-Grow” land is now available at a price vineyard and lumber companies can afford. What will be the environmental damage to roads and water sheds wrought by expanded logging and new vineyard terracing?

For Ag Land, Upland Residential Zone and the Rural Residential 10 Acre Zone, real estate values will skyrocket. These are the only Zones that will permit new cannabis cultivation sites after 2020, but they only comprise less than 9% of available Mendocino acreage. The soaring price will put land in these Zones out of the reach of the average small cannabis grower, whose own land has now lost value and of most other farmers as well. Only corporate interests will be able to afford this land, along with all the other costs of coming into full compliance.

Some of these challenges can be alleviated if we allow permits to be transferred. First and foremost, it is the land itself which is actually permitted, not the grower. How is this so? To obtain a permit, one must have a legal source of water on or near one’s land, then one must demonstrate that the cultivation site is less than a 35 degree slope, more than 200 feet from a stream, 50 feet from the neighbor’s property line, 100 feet from a neighbor’s building and 1000 feet from a school or church. All of these stipulations refer to the land, not the person.

Further, the County tax rate, the water discharge waiver and canopy area are all based on square footage assessments. The clearance from Cal Fish and Wildlife is based on an evaluation of the roads, creeks, crossings and lakes on that parcel. Likewise, the permits from Building and Planning belong to the buildings and stay with them after the land is sold.

Once these issues reviewed and the grower is provided a permit, the environmental impact will be known and registered. Therefore, there is no logical reason not to allow this now inspected and permitted property to continue to be a site for cannabis cultivation, no matter who owns the land in the future. Allowing future cultivation would not increase the cultivated area or create an unauthorized water usage. The grower licensed to cultivate on permitted land would be able to move on to a different already permitted grow site on another compliant parcel, again with no net gain in newly cultivated area.

Currently, very few farmers have applied for permits. Plus, at this time, fewer than 50 permits have been issued. Further, only about half of the applications are for the larger ten thousand square foot area, that is less than a quarter of an acre. As a result, the number of legally functioning farms will be minuscule in comparison to the un-official estimate of ten thousand “unofficial” growers.

The LACO report anticipated this low registration rate and the subsequent reduction in number of grow sites: [We] “anticipate a minimum of several hundred applications” “.…with significantly fewer acres directly impacted by cultivation and… development”…“anticipated uses … take place within a comprehensive regulatory system…In some cases, regulatory compliance may be sufficient to reduce potential effects below the threshold of significance.”

LACO expected so few growers to make it through the regulatory gauntlet that the actual environmental impact would be reduced. Even if all 750 applicants were to be granted permission to cultivate one quarter of an acre the grand total would only be 172 acres in a county area of over one million seven hundred thousand acres. This is a tiny foot print in a vast area!

In the future, if a new grower or previously permitted grower wants to grow on a previously un-permitted Range Land parcel, the application would be through a Minor Use permit, allowing public input. In that process, all of the environmental and neighborhood issues would be addressed. With the rigors of regulatory compliance of the Minor Use permit and Agriculture Commission permit, as well as the required approval from the State Water Resource Board and the State Department of Fish and Wildlife there is no need to remove Range Land from future grows or prohibit the transfer of permits. Each application would be reviewed individually.

The Board of Supervisors has stated its intent is to bring the illicit market cannabis growers into compliance. But the end result of this meticulous attempt to regulate every tiny facet of the cannabis world is the guaranteed continuance of the illicit market along with increased enforcement measures. Clearly, the Ordinances and Regulations are producing the opposite effect then what was intended. Unless, of course, there was, from the outset, an unspoken intention of legalization on the part of County leadership. Perhaps, the intent has always been to drive growers out of the County. After all, the more legal cannabis cultivation becomes, the more illegal it is for those who can’t afford to “come into compliance.”

Thank you again for listening and considering my concerns. I know that I speak for many many other growers who also appreciate your efforts to set compliance standards that are fair and equitable.