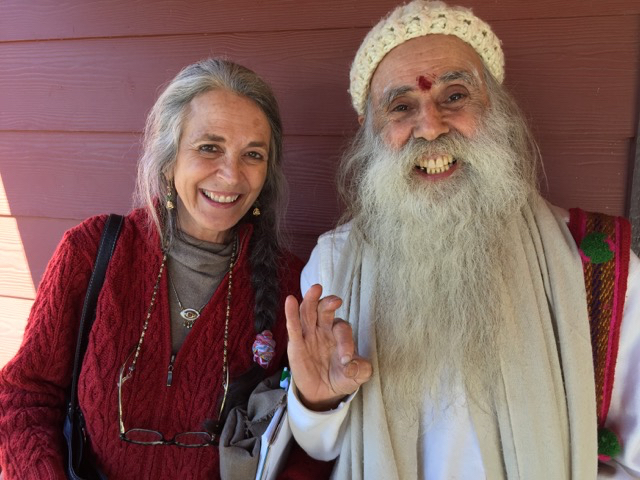 It’s easy to lose perspective when you live in the heart of the Emerald Triangle. Doesn’t everyone eat, sleep and think cannabis all the time? I imagine it could get quite boring to the outsider, the way us Mendonesians seem to incorporate cannabis into about 75% of everything we say and do. Maybe it’s because it’s such a unique and exciting time in the current history of the plant, or maybe it’s because it’s just so interesting and complex a plant, or maybe it’s simply because we love her so much … but Lady Cannabis is ubiquitous in Mendocino County.

[no_blockquote text=”So when I venture beyond the boundaries down to the Bay Area, my original stomping grounds, I find myself zipping my lips a lot because so few people there have a clue about what I’m talking about. Of course I understand that likewise, when a techie talks tech to me, I am lost in space. Naturally, they’d feel the same way up here in the Mendocino mountains.” text_color=”” title_tag=”h4″ width=”” line_height=”” background_color=”” border_color=”” show_quote_icon=”no” quote_icon_color=”” quote_icon_size=””]

Last weekend I was down in The City, and while strolling down a small pathway in Golden Gate Park early on Sunday morning, I ran into some old friends I’ve known since the late sixties – they were part of the same hippie clan I hung with as a flower child. It had been years, so we went through the normal “what are you doing now” repartee and when I said something about being a cannabis cultivator in Mendocino County they seemed surprised. Then the guy said, “But I heard that growing outdoor is bad for the environment. I saw it on TV.”

Ok Nikki, it’s time to not zip the lip anymore, but to share the real information. Clearly he had seen a recent story about how the Dept. of Fish and Game and others went up Sproul Creek in Humboldt County a few weeks ago, looking for illegal and environmentally harmful grows, and then released lots of press about how bad it is out there. How marijuana growers are all either diverting or polluting local streams and leveling hillsides and mountaintops. Unfortunately this is indeed happening, and as usual, the press will focus on the negative side of it whenever possible. I should know – I used to work at the San Francisco Chronicle. That leaves the regular cannabis consumer out there thinking that all outdoor, or as we much prefer to call it sungrown, is bad for the environment. He even went so far to say that he believed that indoor was better all around.

Without all the exact numbers on hand I wasn’t able to confidently quote just how bad indoor growing is for the environment, so I had to hope he’d trust me in that. But then his next question really got me: “So do you grow anything that has 25% THC?” Oh man, so this is what the testing labs and dispensaries have set people up for. The typical American frame of mind that more must be better, everyone who thinks they are hip because they have even heard of THC now think they need it as strong as it comes, clueless to the fact that it is all about the entourage, or combination of cannabinoids, terpinoids, etc. which makes the good smoke. So I unzipped again and tried to explain that – and suggested they experience the joys of sun grown organic cannabis, cultivated with love and pure intentions.

Okay, gotta go – I hear the sound of the Mendocino Mating Call now as Swami clinks together the metal of the grinder while rolling one of his famous Swami joints. I don’t want to miss that.