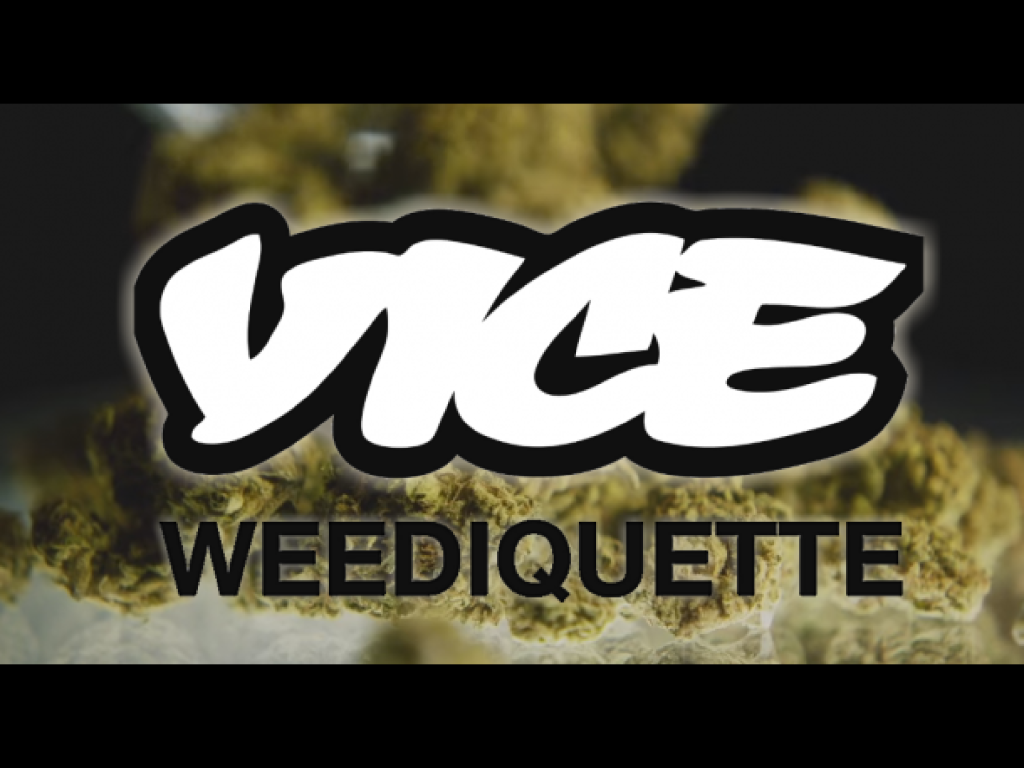 It’s a perfect sunny spring Sunday morning and I’m sitting on the deck while Swami and Wade Laughter (the Johnny Appleseed of the Harlequin high-CBD strain) chatter on. Of course the conversation is cannabis, from politics to permaculture. Wade is from Nevada County and they have a whole other set of issues to deal with, so we can share stories and encourage one another to carry on with integrity and dedication. Like us, Wade has been a devotee of the great Ganja for several decades and treats her with only love and respect. We’ve been friends and running in similar circles since way back when, in the old San Francisco days, and it is great to share this part of our life journey as well. 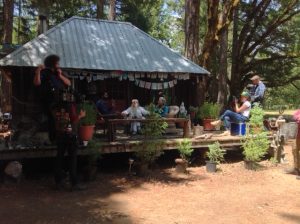 Funny how sometimes it requires viewing your own life from a different perspective to really see it. Last week the “Emerald Triangle” segment ran on the new Weediquette show on Viceland-TV, and that was a real eye opener. The Viceland crew came here almost a year ago and spent a couple of days shooting the ranch and garden and interviewing Swami and me. This was a completely professional and super hip crew who came all the way from Brooklyn to what might as well have been another planet, The Emerald Triangle. Most of them didn’t want to leave.

The first day it was just us and the crew, and we had a lot of fun. The show host, Krishna Andavolu, is of south Indian descent but raised in a town right next to the one where Swami grew up – in New Jersey! On top of that, he and Swami both went to Wesleyan University, decades apart from one another. So it was a good fit: Swami, who hails from one of those original families who came to America in 1600 something, dressed as always in his full Swami outfit – and Krishna, who looks totally Indian but sounds like his family has been in America forever. This was truly a melting pot of smoking pot!

The second day we invited several local farmers for a picnic and community talk in the Enchanted Forest, under soaring old growth Douglas Fir trees which grace our land. Our beloved neighbor, Casey O’Neill, moderated a spirited discussion about the future of the small cannabis farmer while people sat on a circle of old fallen logs, much like native tribes would have gathered in days long ago. Then we shared a potluck luncheon, just like any small town group of farmers would on a lovely late spring afternoon. By the time Krishna and crew departed, it was clearly evident that cannabis farmers can be simple friendly families, the same as cultivators of any crop. There is nothing scary about us at all!

It took them a few more months than expected to actually launch the new Viceland television channel, but it happened in late February at last. Weediquette is one of the featured shows on the channel, and it is really good. The first four segments had to do with children with cancer using cannabis, stoned Vets, the war on weed and Marijuana migrants – all pretty heavy subjects. Then along comes Episode Five: The Emerald Triangle and it looks like we are living in paradise! OK, our county Sheriff was interviewed by Krishna and he clearly wasn’t having so much fun (something tells me he didn’t go to the same university as Swami and Krishna), but the farmers all came off as being devoted to their crops, knowledgeable beyond belief, and consciously trying to lead productive lives that benefit their communities and further the well being of the whole planet.

Watching “This Is Your Life” from a distance is enlightening indeed. What I mostly saw were smiles and laughter, concern about our perilous future, spectacularly beautiful scenery, and more smiles and laughter. We are grateful everyday for our numerous blessings, and living here on this sacred land goes at the top of the list. Being able to cultivate healing herbs is right up there too. Everyday I pray we can continue to be stewards of this piece of heaven and promise to do it in the best way possible for the earth, the water, the animals, the plants and the people.