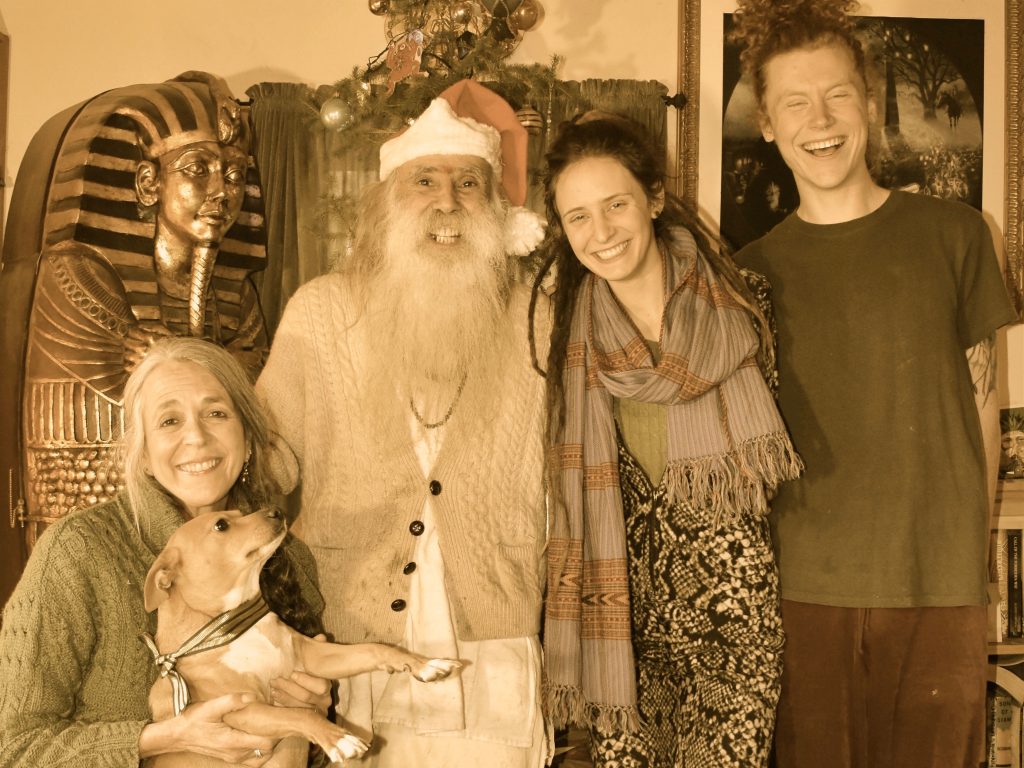 Happy Boxing Day, first day of Kwanzaa and third day of Chanukah. Hopefully you had a joyous Pancha Ganapati and Christmas yesterday. Clearly, this has always been a time of year to celebrate. The nights are short and so candles are lit and music is made and any reason to celebrate is a good one. What else to do on cold long winter days and nights?

It is the birth of a new season, a passage of time from dark to light. It is a reassurance that once again we have made it over the crest of the hill, which began as a journey last spring when the seeds were started. The summit of the hill was harvest, and like the summit of any hill, it included some rough weather and difficult conditions. But we carried on and have now, once again, made it over the top and can begin the descent back into the warmer more verdant climate of spring. Hope will blossom again.

Our ancestors chose this sacred time of year to honor the gods and give thanks for bountiful and simple blessings alike. During these three days which follow the winter solstice – December 22,23,& 24 – time readjusts to the next season by having each day an equal amount of hours of daylight until on the 25th, when the sun shines a wee bit longer and the glide into summer begins. The veils between realities are thin, the gods are more apparent, and a general mood of upliftment ensues as winter starts the grande shift once again. They may say that the first day of winter is December 21, but that’s really more like the dead middle of winter, as from then on the light only grows more bright.

For the first time ever since we have lived in Mendocino, we decided to set up a tree with all the trimmings this year. We chose a nice Doug Fir that’s about 5’ tall and was already potted, awaiting transplanting. Cassie and Max are here with us this year, so along with Tipu the Wonder Dog and the three cats it really feels like a cozy Little House on the Prairie kind of Christmas. We dressed the tree with LED lights and ornaments which bring back childhood memories.

Some may say that’s corny, and others non-PC for one reason or another. Actually, it is all about being together with beloveds to share the message of Joy and Peace, at a traditional time that has been celebrated by humans for millennia, no doubt. No matter what name you give it, the basic core reason for the celebration is Goodness. So call it whatever you like, the important thing is, Share The Joy and Peace. Be Positive. Om Shanti Om.