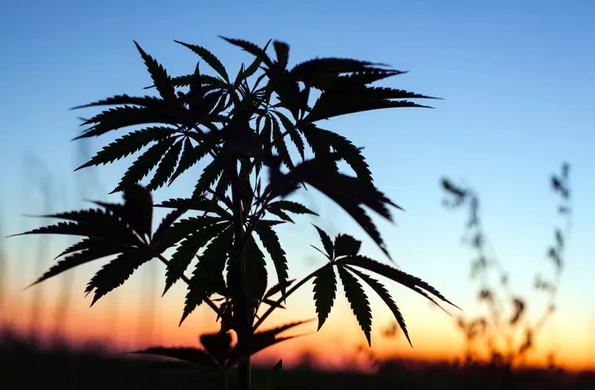 “What’s the point? I crunched the numbers and they don’t work,” said one longtime grower about legalization. Plus, with a myriad of incoming regulations, many farmers feel that going legit is not worth the effort.

This piece was originally published on MERRY JANE on January 16, 2018.

While many Californians were hearing freedom bells on January 1st, when the state legalized adult-use cannabis, others took the landmark event for a death knell. It signified the end of an era, the end of a way of life that supported thousands of farmers in the Emerald Triangle for decades in a way that suited us just fine. We lived on the fringes of society and liked it that way. 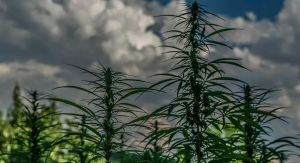 Yes, there are some of us who have taken the official route, applied for permits, and are trying our best to now work within the system. But it is a challenge, and honestly it’s not worth the effort for most of the cannabis growers around here. The old-timers who arrived in the late ’60s and early ’70s are stuck in their ways and see no reason to change. Historically, hardcore pot farmers have zero trust in “The Man,” and that’s exactly why they retreated to the wilderness of Northern California so long ago. The whole point was to leave the big cities behind and begin a fresh (and anonymous) life in the country, without the restrictions of modern society and the federal government. It’s difficult to go back after all these years. There are some who even still grow under manzanita bushes and hide their water lines. Guess you can’t teach an old dog new tricks, as they say.

Today, however, Google Maps can reveal even the most clandestine grow, as well as spotlight the actual number plants a given farm is cultivating. Plus, with state regulations mandating inspections and track-and-trace systems, as well as new companies springing up left and right in the Triangle, the chances of staying hidden are a mere pipe dream.

“I guess it’s time to retire,” lamented one excellent grower who has lived in these hills for over 35 years. “What’s the point? I crunched the numbers and they just don’t work.” Besides, he’d been busted for minor infractions a few times and wasn’t sure he would even qualify for a state license. 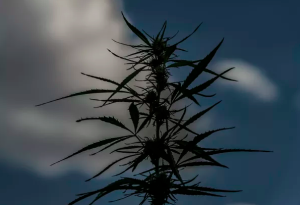 The original hippies who migrated to the Emerald Triangle, the matriarchs and patriarchs of the scene, are not about to change their radical ethics. One elderly couple with wizened faces commented, “We could move, but this is our home now. This is our land and we’ve put everything we’ve made back into improving it. We’ve never paid much attention to the rules before, why start now?” Their children and their grandchildren are all in the cannabis game, and perhaps they will carry on the family biz — and even possibly go legit one day.

Up to now, it has been a blessed, almost utopian, life for many years. Sure, the threat of helicopters finding your grow spot and cutting it all down — or even the sheriff hauling you off to jail — was always there. If you were careful in concealing your tracks, though, most remained safe. There always was the one guy who got busted every year, but to balance it off were the thousands of growers who never received a visit from the authorities.

Our old friend W* was basically a city girl when she moved here with her husband over 40 years ago. They gave up living in their Haight Ashbury commune to settle in a place with clean air and water, plus a garden to grow organic vegetables. They lived in a converted pole barn, cut their own firewood for the wood stove, kept food fresh by putting it in a root cellar, and used kerosene lanterns for light. They carried water from the creek before eventually putting in water lines to storage tanks. Their children were born at home with a midwife and were homeschooled like most kids up here. It meant learning how to be pioneers in an age when everyone else was embracing the ease of the modern and increasingly-digital world.

There is another change which no one is really talking about in the transition into adult-use legalization, and that is the law prohibiting anyone under 21 from working in the cannabis industry. For “Mom and Pop” growers, the labor force was your kids. As soon as children could hold a shovel or a pair of scissors, they were put to work in the family enterprise. Now, their replacements will need to be on PayRoll and have Workman’s Comp insurance.

“I guess I’ll just grow six plants now, since that’s the legal limit. You know, like six plants here and six plants there… who’s to know?” my friend W said with a twinkle in her eyes. She is a master grower and breeder, and she (as well as her son) have every intention to continue their lifestyle as it has always been. W never grew more than twenty plants, just enough to send some off to her connections in the city — minor distribution, low-key profits. Hopefully, those connections will sustain in the legal market.

Another friend, S*, a third-generation grower, who is working hard to come into compliance, told me that in order to pay himself, his wife, and his brother a salary they would need to make $1,300 a pound at a time when the price has deflated to around $600 due to greater supply than demand. In the old days, no one in the family got paid a salary. Whatever money was leftover after expenses and improvements was what people lived on. Nobody kept books.

For J* and E*, a couple who has been in the Emerald Triangle since the early ’90s and have established a lush garden on their sprawling farm, growing has always been supplemental income. “We have some social security now, but the extra cash from growing bought us a new car every few years or paid for a vacation,” she told me. “We are afraid of the cops coming down on un-permitted growers more than ever now, so we’ll stick to our six plants per person. Maybe we’ll get new bicycles instead of a car next year!” They had been in the process of getting the permits and upgrading their operation, but then the California State Water Resource Control Board and the California Department of Fish and Wildlife informed them that they couldn’t use their own water for a commercial crop.

As a result of California’s four-year drought, the Department of Fish & Wildlife has re-written rules on water rights, and they are so strict that it is the last straw for many farmers. For example, our friend S and his family have a pond that is legal to utilize under the old rules, but will not be under the new ones.

For J & E, who have a spring, a pond, and two creeks on their property, the water regulations also marked a breaking point. The officials told them that none of those sources could be used for commercial watering purposes, only for domestic use. All these farmers are hoping for some exemption, otherwise they might have to purchase something like a rain-catchment pond to keep their grow afloat — and those cost tens of thousands of dollars.

Will the original growers of the Emerald Triangle stick around now that cultivation is legal? Our guess is yes. After all, this is their home turf and the old-time farmers are pretty much inextricable from the land. Time will tell how (and if) they actually survive, but these folks have strong pioneer spirits — it will take more than a couple roadblocks to extinguish the culture they created up north.

*Names have been changed to protect the anonymity of the subjects interviewed.